Democratic Gov. Jay Inslee of Washington announced Wednesday that his state would be following California’s lead in banning the purchase of all gas-powered vehicles by 2035.

Inslee touted California’s new rule, which was approved on Thursday, and stated that Washington was ready to adopt the rule to prohibit the sale of new gas-powered cars by 2035 at the end of 2022, according to a tweet he posted. The governor also said that his state already set an unenforced goal for all new car sales to be zero emissions vehicles by 2030, a move that would attempt to phase out cars powered by an internal combustion engine. (RELATED: ‘Extremely Challenging’: California Poised To Ban Gas-Powered Car Sales)

However, the California rule, which Inslee pledged to adopt, will actively enforce a ban on non-electric vehicles (EVs) by 2035. Washington’s legislature passed a bill in 2020 directing the state Department of Ecology to adopt California’s emission standards, giving Inslee the authority to make such a commitment.

“This is a critical milestone in our climate fight,” Inslee stated. “We look forward to partnering with California and the Biden Administration to quickly eliminate our country’s #1 source of GHG emissions.” 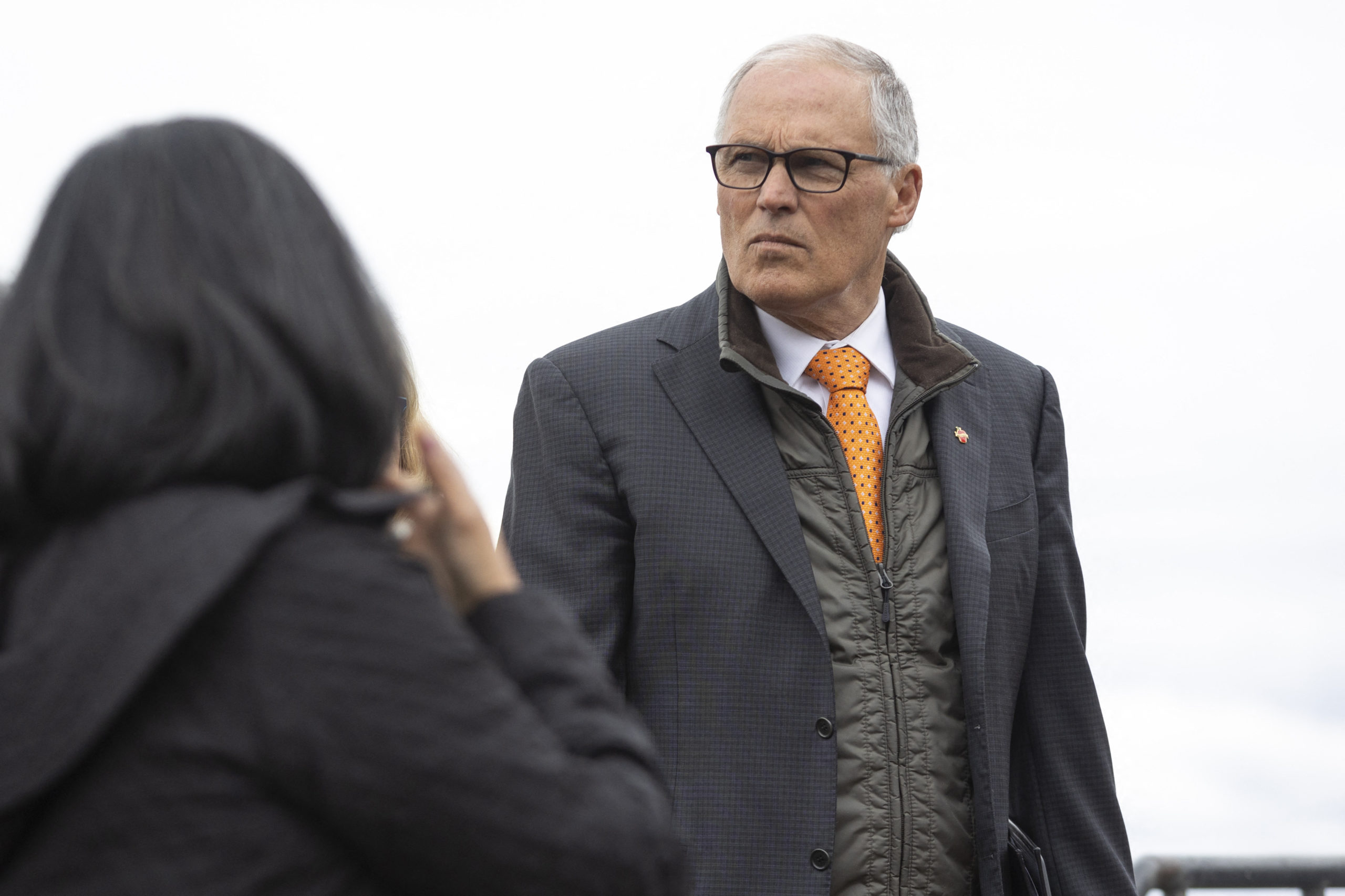 Washington state Governor Jay Inslee prepares to speak to media and people gathered at Kerry Park about patient’s rights to abortion and reproductive healthcare during a pro-choice rally in Seattle, Washington on May 3, 2022.

Despite its planned adoption of California’s strict mandates, Washington still intends to meet its 2030 goal for all car sales in the state to consist of zero-emissions vehicles, according to The Seattle Times.

“We think of the California regulation as the floor and we’ve set a new ceiling of trying to get that done by 2030,” said Anna Lising, senior climate adviser to Inslee, on Thursday, according to the Times.

Currently, only about 8% of the 4.7 million passenger vehicles registered in the state are fully electric, according to the Times.

In addition to the new $7,500 federal tax credit for certain EVs that was instituted by the Democrats’ $369 billion climate spending bill, Washington residents may also enjoy up to $1,300 in tax exemptions if they purchase a new EV under the price of $45,000 or a used one under $30,000.

Inslee’s office did not immediately respond to the Daily Caller News Foundation’s request for comment.