Russia is raking in more money from its fuel exports than it did prior to the invasion of Ukraine as soaring fuel prices amid high demand are offsetting U.S. and European Union (EU) sanctions, according to The Wall Street Journal.

Russia is exporting nearly as much oil globally as it did before the start of the war in late February and continues to be the world’s largest exporter of crude oil and refined fuels, the WSJ reported. Moreover, even though exports have decreased slightly, Russian oil revenues are increasing, enabling Moscow to blunt the effects of sanctions and continue to reduce gas flows into Europe. (RELATED: Putin Can Afford To Shut Off Europe’s Gas Thanks To Record Energy Profits)

“Russia is swimming in cash,” Elina Ribakova, deputy chief economist at the Institute of International Finance, told the WSJ. Moscow has made about $97 billion from oil and gas sales this year with $74 billion of that coming from crude oil sales, she said.

President Joe Biden banned Russian energy imports in March to weaken Russia’s economy and help the Ukrainian war effort. The EU also vowed to ban all Russian energy exports by the end of the year, despite its heavy reliance on Russian fuels.

However, Russia is finding alternative buyers, new means of payment, new traders and new ways of financing exports to avoid sanctions and sell its fuels, according to the WSJ. Such provisions are enabling Russia to fund its war effort and significantly reduce natural gas deliveries into Europe ahead of winter, leading to fuel rationing and skyrocketing electricity prices. 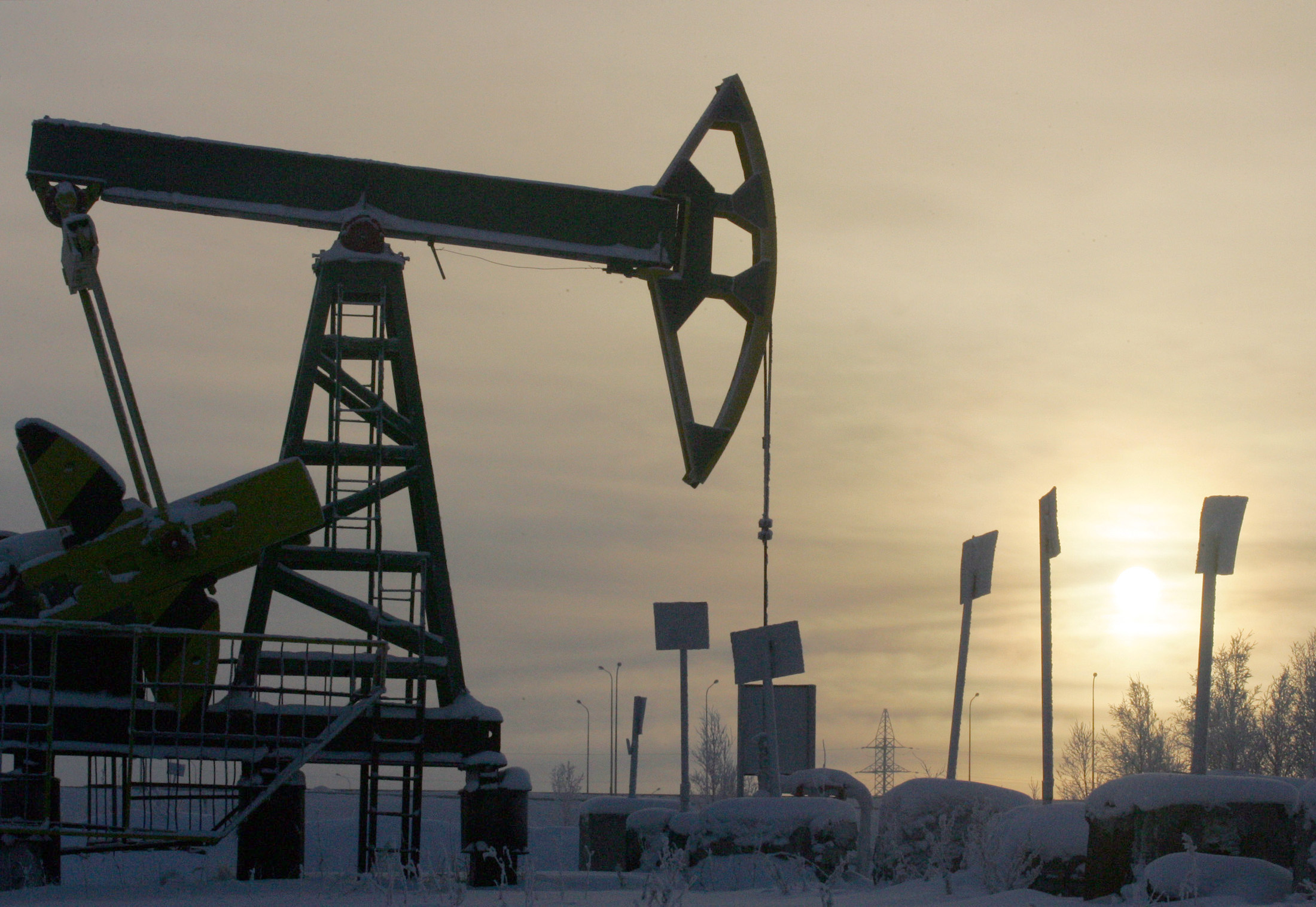 A Yukos oil well is seen at sunset near the Russian northern city of Nefteyugansk, December 19, 2004 in this file photo. REUTERS/Sergei Karpukhin

Russia exported 7.4 million barrels of crude oil and related products daily in July, a decrease of only approximately 600,000 barrels per day from the beginning of 2021, according to an International Energy Agency (IEA) report. Traders predicted earlier this year that Russian oil exports would fall by 3 million barrels due to sanctions, according to the WSJ.

Despite the reduction in the volume of exports, Russia earned $20 billion in average monthly sales in 2o22 compared with a $14.6 billion monthly average in 2021 and its number of fuel shipments rose again in August, according to the WSJ. The current price of oil is around $100 a barrel, which is $31 higher than its price a year ago due to elevated demand, allowing Russia to heavily profit from its sales.

The U.S. State Department did not immediately respond to the Daily Caller News Foundation.