The Department of Education (DOE) is relieving $1.5 billion in student loans for students previously enrolled in any Westwood College location, according to an Aug. 30 press release.

The DOE found that Westwood College lied about the value of its credentials, misleading students searching for a job after graduation, according to the press release. A total of 79,000 borrowers will be forgiven who enrolled in the college until 2016, when the school closed. (RELATED: Biden Cancels $3.9 Billion Of Student Debt For Students ‘Intentionally Misled’ By ITT Tech)

“Westwood operated on a culture of false promises, lies and manipulation in order to profit off student debt that burdened borrowers long after Westwood closed,” Under Secretary James Kvaal said in a press release. “The Biden-Harris Administration will continue ramping up oversight and accountability to protect students and taxpayers from abuse and ensure that executives who commit such harm never work at institutions that receive federal financial aid again.” 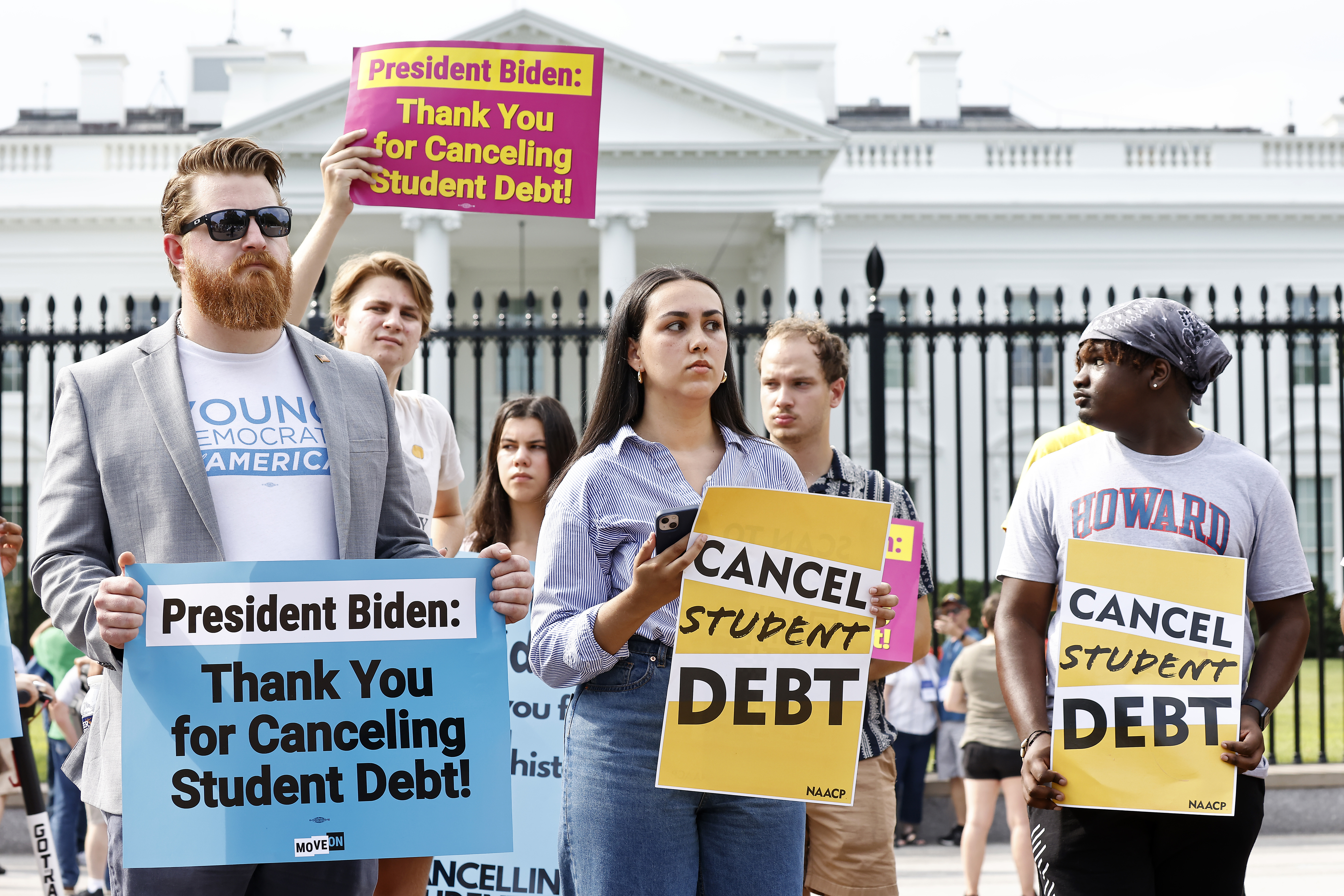 Student loan borrowers stage a rally in front of The White House to celebrate President Biden cancelling student debt and to begin the fight to cancel any remaining debt on August 25, 2022 in Washington, DC. (Photo by Paul Morigi/Getty Images for We the 45m)

The DOE conducted interviews with former students and faculty and analyzed admission advertising materials and the colleges’ communications and trainings as a part of its investigation, the press release said. The college’s criminal justice program promised jobs in Illinois law enforcement and advertised so on TV, but the school never met state employment requirements.

Borrowers of ITT Technical Institute (ITT) were relieved of $3.9 billion in remaining student loans on Aug. 16 by the DOE. The Biden administration announced Aug. 24 that borrowers making under $125,000 per year would be relieved of up to $10,000 in student loans.