Pennsylvania authorities contentiously combined voter registration and mail-in ballot applications into one document this month, according to The Philadelphia Inquirer, the latest in a series of disputed election-related policies.

The state’s Department of State issued an updated form Aug. 19 allowing citizens to register to vote and request a mail-in ballot, which had previously required multiple forms, The Federalist reported. Pennsylvania Deputy Secretary for Elections and Commissions Jonathan Marks said this was intended “to simplify the process,” but many county elections officials argued the change occurred without warning and demonstrated a continuing lack of respect for them, according to the Inquirer.

“This is all kinds of added confusion and chaos, and it’s not going to go well for the voters, because they’re going to be frustrated,” Dauphin County Elections Director Jerry Feaser said, the outlet reported. Lycoming County Elections Director Forrest Lehman called it “so exhausting to try to protect voters from elected officials and advocacy groups who just want to screw with them.”

“I think intentions were good, but we are anticipating lots of voter confusion and an equal amount of headaches for us,” Montour County Chief Clerk Holly Brandon told the Daily Caller News Foundation. “If the thought was to streamline the process, it will be anything but on our end.”

The form forces election officials to process the voter’s registration first and copy the mail-in ballot request for filing, according to The Federalist. Pennsylvania county officials expressed concern that the update could make opportunities for legal action, the Inquirer reported. 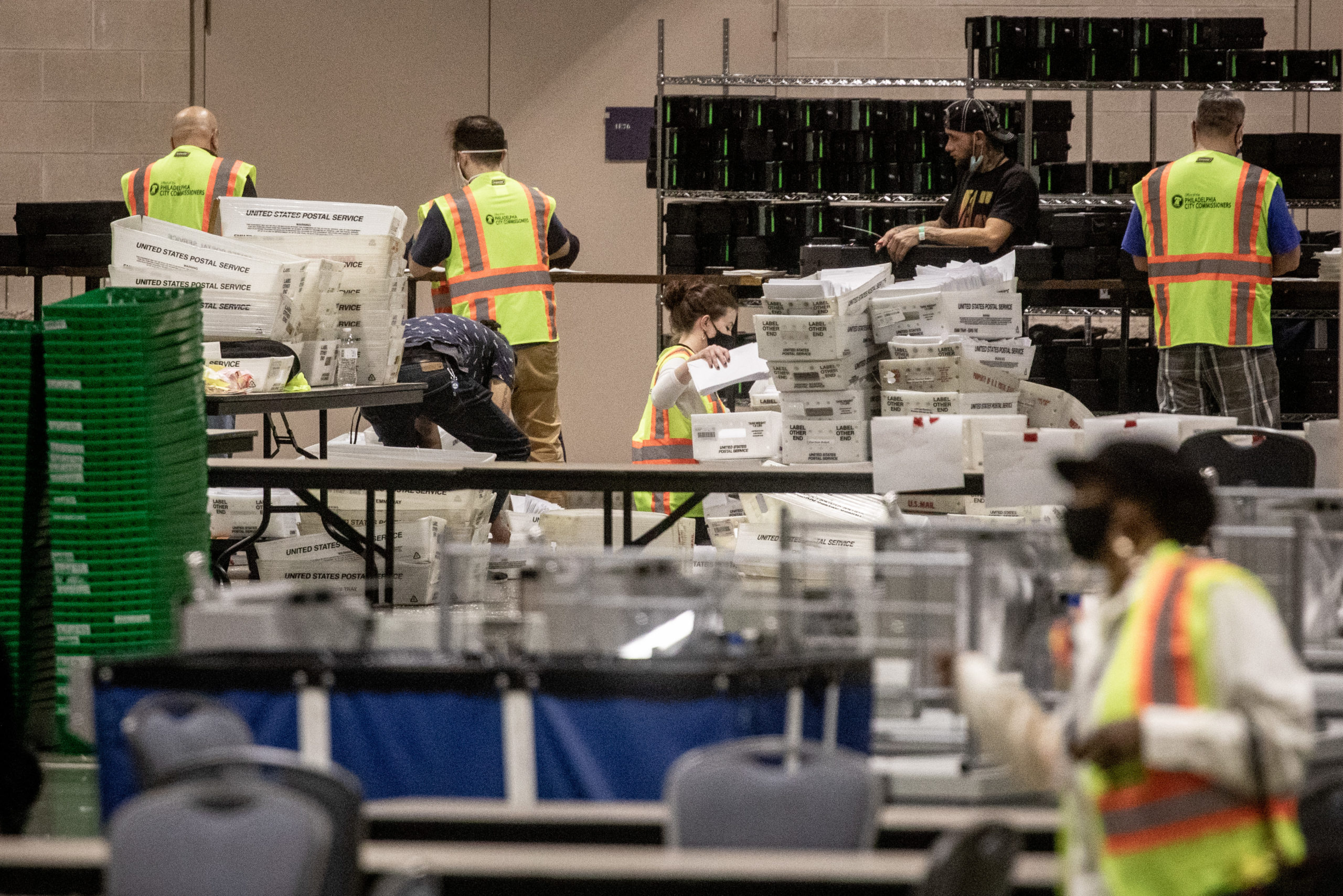 Bucks County Elections Director Thomas Freitag sent the Department of State a letter on July 29, The Federalist reported. He claimed county officials’ general opposition was “so resounding that a workgroup was formed to provide meaningful feedback to the State.” (RELATED: Pennsylvania Gubernatorial Candidate Doug Mastriano Says He Wants His State To Be Just Like DeSantis’ Florida)

In the 2020 election, the Pennsylvania Supreme Court determined that ballots could be received three days after Election Day, and Judge Mary Hannah Leavitt struck down Pennsylvania Secretary of State Kathy Boockvar’s subsequent declaration that ballots could have identification added up to six days after the ballot acceptance deadline. Current Republican Senate nominee Mehmet Oz’s primary opponent David McCormick sued in May in an effort to have mail-in ballots in their contest counted even if their envelopes lacked the state-mandated handwritten dating.

“Just like they did in the lead up to the 2020 election, the PA Department of State is once again creating mass confusion for counties and voters right before a pivotal election,” a spokesperson for Pennsylvania Republican gubernatorial nominee Doug Mastriano’s campaign said in a comment to the DCNF. “The combined voter registration/mail-in ballot application form is designed to trick voters into automatically applying for a mail-in ballot. This change will flood the state with absentee ballots voters aren’t necessarily expecting”

“County officials throughout the Commonwealth have expressed deep concern to the Acting Secretary about this reckless change occurring so close to Election Day,” they continued. “It’s a continuation of the incompetence and deceit we have come to expect from the Wolf Administration.”

The Pennsylvania Department of State did not immediately respond to the Daily Caller News Foundation’s request for comment.

This story has been updated with comment from the Doug Mastriano campaign.