There are more than 1.1 million incarcerated individuals who took in the stimulus money, according to IRS data provided to the Free Beacon, as part of Biden’s $1.4 trillion American Rescue Plan. Those incarcerated who received the stimulus money includes roughly 163,000 people serving life sentences without parole, the IRS told Republican Nebraska Rep. Don Bacon in a letter obtained by the outlet. (RELATED: Most Americans Don’t Buy Claims That Biden’s 87,000 New IRS Employees Will Target The Rich)

“Democrats had every opportunity to stop taxpayer dollars from going to convicted criminals,” Mike Palicz, federal affairs manager for Americans for Tax Reform, a group seeking to lower federal spending, told the Daily Caller News Foundation. “Instead, Democrats blocked a Republican amendment that would’ve prevented inmates from receiving stimulus payments and sent up to $1,400 checks to more than one million incarcerated criminals.”

Republicans overwhelmingly opposed the stimulus package, claiming its price tag was far too high. Republican senators backed an amendment put forth by Louisiana Sen. Bill Cassidy in March 2021, which Democrats rejected, that would have blocked prisoners from getting stimulus checks.

“Individuals were not denied Economic Impact Payments solely because they were incarcerated,” the IRS says on its website under a frequently asked questions page about The American Rescue Plan, explaining that inmates may have received funds if they filed a tax return in 2019 and 2020. 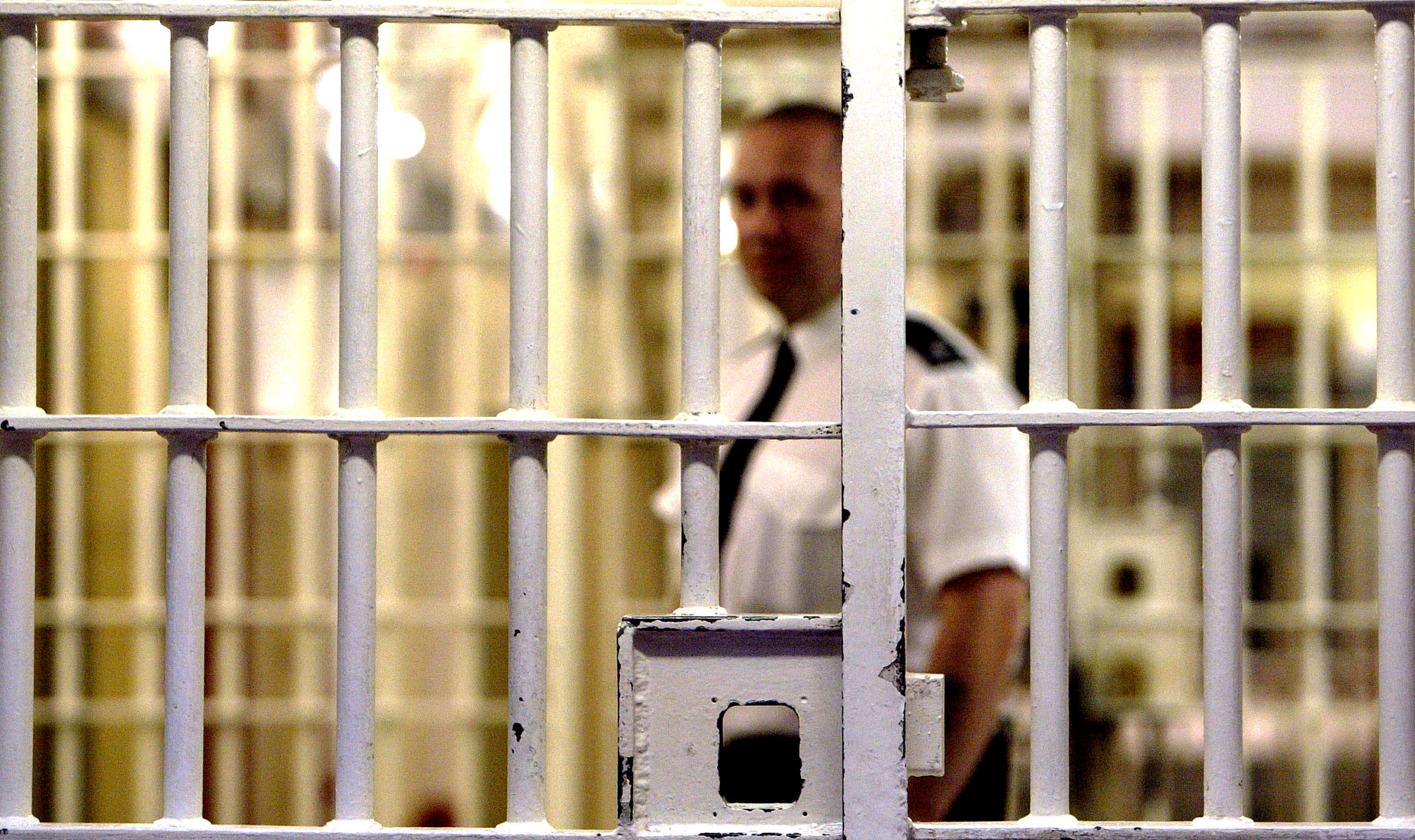 LONDON – MAY 19: (FILE PHOTO) A prison guard at HMP (Her Majesty’s Prison) Pentonville stands behind a locked gate May 19, 2003 in London. A new report from the Prison Reform Trust (PRT) says overcrowding in Britain’s prisons has been caused by tougher sentencing rather than an increase in crime. Since 1991, offenders of petty crimes are three times more likely to be imprisoned. (Photo by Ian Waldie/Getty Images)

It is unclear how many inmates facing the death penalty received stimulus checks.

A spokesman for the IRS told the DCNF the agency “does not track the information related to incarcerated individual’s sentences” and IRS Commissioner Charles Rettig told the Free Beacon he does not have data on the matter.

Arkansas Sen. Tom Cotton had raised concerns in 2021 about the fact that under the plan prisoners would receive money, slamming the idea that someone like Dzhokhar Tsarnaev, the 2013 Boston Marathon bomber, would get $1,400. Tsarnaev ended up raking in $1,400 in connection to the plan, the Boston Herald reported in January 2022.

“The Democratic Party is drunk with power, and their reckless billions in spending continue to funnel out of the United States Treasury with little to no guidance,” Republican Florida Rep. Byron Donalds told the DCNF upon learning of the IRS payments to prisoners.

The Treasury Department did not respond to a request for comment nor did The White House.