Sen. Richard Burr’s “well-timed stock sales” prior to the economic downturn in late February 2020 saved him over $87,000, according to an FBI search warrant affidavit unsealed Monday.

The unsealed warrant is in connection to a prior Justice Department (DOJ) investigation into alleged insider trading by the North Carolina Republican during the early stages of the COVID-19 pandemic — which was closed in January 2021 after the DOJ decided not to pursue charges. The senator profited over $144,000 on his stock sales in February 2020, the affidavit says. (RELATED: REPORT: Sen. Richard Burr Called Brother-In-Law Ahead Of Stock Dump)

“His portfolio went from approximately 83% in equities to approximately 3% in equities,” the affidavit stated. “Beginning on February 20, 2020 — six days after Senator Burr’s sale of the majority of his equity — the stock market endured a dramatic and substantial downturn.”

Burr’s stock sales were worth up to $1.72 million, a disclosure shows. He unloaded 33 different assets.

Gary Kalman, executive director of the ethics watchdog Transparency International, said stories like that of Burr’s and others “undermine public confidence” in the U.S. system and “raise troubling questions.”

“That could be avoided if public officials were required to put holdings in a blind trust or other vehicles that limit opportunities and the appearance of questionable or illicit activities,” Kalman told the Daily Caller News Foundation. 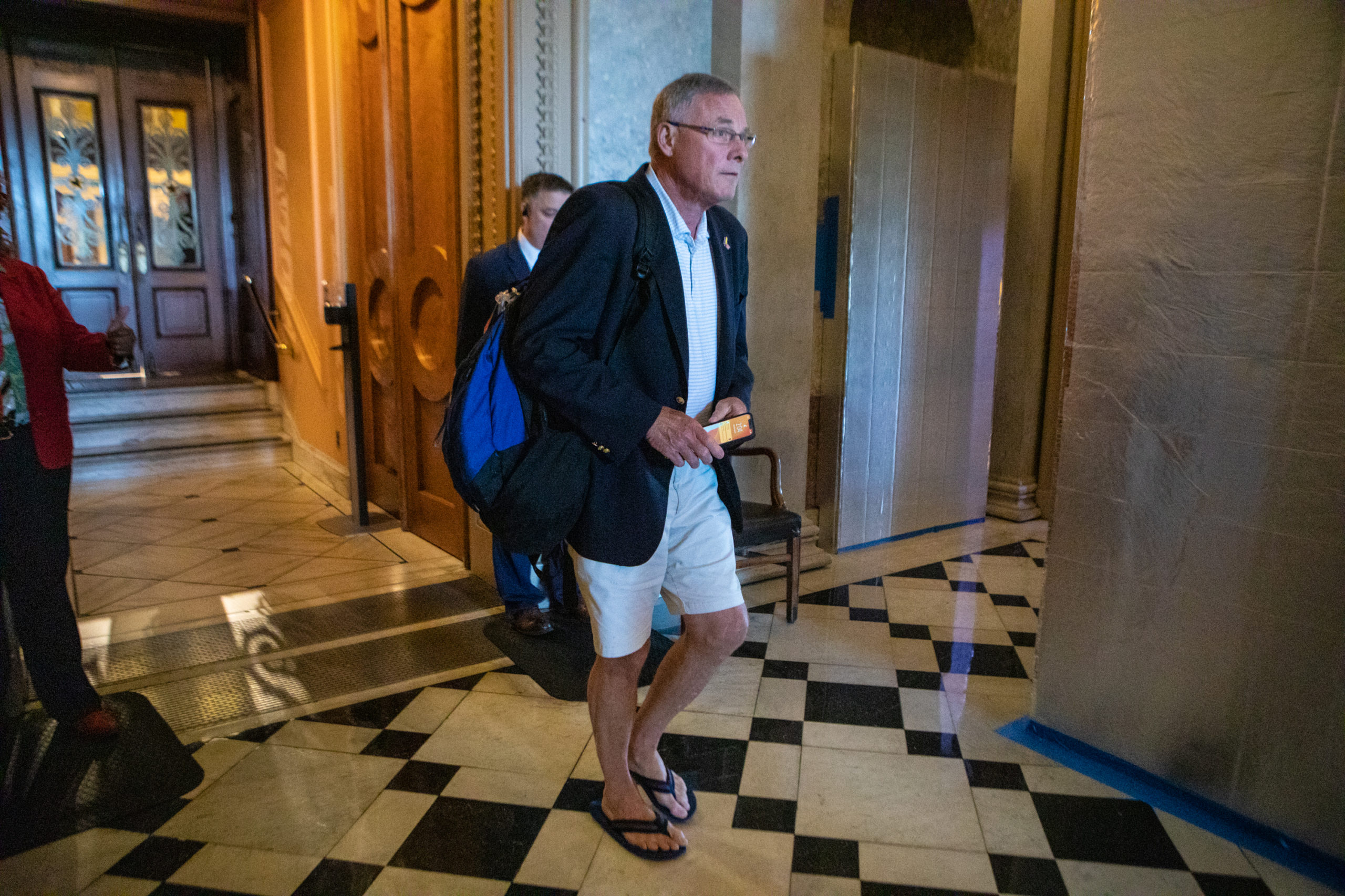 WASHINGTON, DC – AUGUST 6: Sen. Richard Burr (R-N.C.) departs the Senate floor following a vote on Capitol Hill on August 6, 2022 in Washington, DC. The U.S. Senate plans to work through the weekend to vote on amendments to the Inflation Reduction Act, expected to conclude on Sunday, August 7, 2022. (Photo by Anna Rose Layden/Getty Images)

The warrant was unsealed on the heels of a Los Angeles Times lawsuit in February 2021 to compel records disclosure.

The FBI seized Burr’s phone in May 2020 as part of its investigation, according to the affidavit. In the same month, the senator then stepped down from his chairmanship role on the Senate Intelligence Committee, telling reporters it was a “distraction” from the committee’s “hard work,” CNN reported.

Burr also called his brother-in-law after he sold the stocks, the Securities and Exchange Commission (SEC) alleged in October 2021, according to ProPublica. His brother-in-law sold up to $280,000 worth of stock that same day, the outlet previously reported.

The SEC was reportedly investigating the incident for possible insider trading and it is unclear if that probe is ongoing.

Burr’s office did not respond to a request for comment nor did the FBI or the SEC.