A California school district is offering books with pornographic scenes in its school websites and parents are planning to take action.

Poway Unified School District in Poway, California, is giving students access to several books that feature pornographic scenes, according to the library databases. Several parents have compiled a database of age-inappropriate content in the district libraries and brought it to the attention of the Californians for Equal Rights Foundation, a group that focuses on equal rights in education, the Executive Director of the group, Wenyuan Wu told the Daily Caller News Foundation. (RELATED: Private School Recommends Kindergartners Read About Trans Infants)

“We had our annual conference last weekend in San Diego, and some parents, actually three parents from Poway Unified School District attended our conference,” Wu told the DCNF. “We spoke afterwards to the moms who told me that they have been documenting abusive and inappropriate content both in school libraries and also in classrooms.”

Available to students beginning in ninth grade, in Poway High School and Westview High School is “Fun Home” by Alison Bechdel, a graphic memoir about a girl who discovers she is a lesbian in college and that her father is gay, according to the library databases. The book displays illustrations of the main character engaging in oral sex and a cadaver being dissected while the main character comments on the genitals on the man.

“This Book is Gay” by Juno Dawson is available in four high school libraries in the school district, the websites showed. The book is described as a “instruction manual” for LGBTQ students and teaches “boy-on-boy sex” and educates readers on “where to meet people like you.”

Lenice Sechrist, a mom of two children in the district, teamed up with other parents to create the database and has brought her concerns to the school board and district in the past, Sechrist told the DCNF.

“Right now for us parents, we’re investigating the laws,” Sechrist told the DCNF. “We’re literally at that stage, just trying to figure out through our variety of resources, how we can combat this. I wanted them to do the right thing and just fix it. But they’re not and so it’s like,  well, how can we legally do something? We’re searching for education codes.”

Sechrist, Rachelle Babler, a mom of two children in the district, and other parents are attending the school district meeting on Thursday to bring attention to the database, Sechrist and Babler told the DCNF. 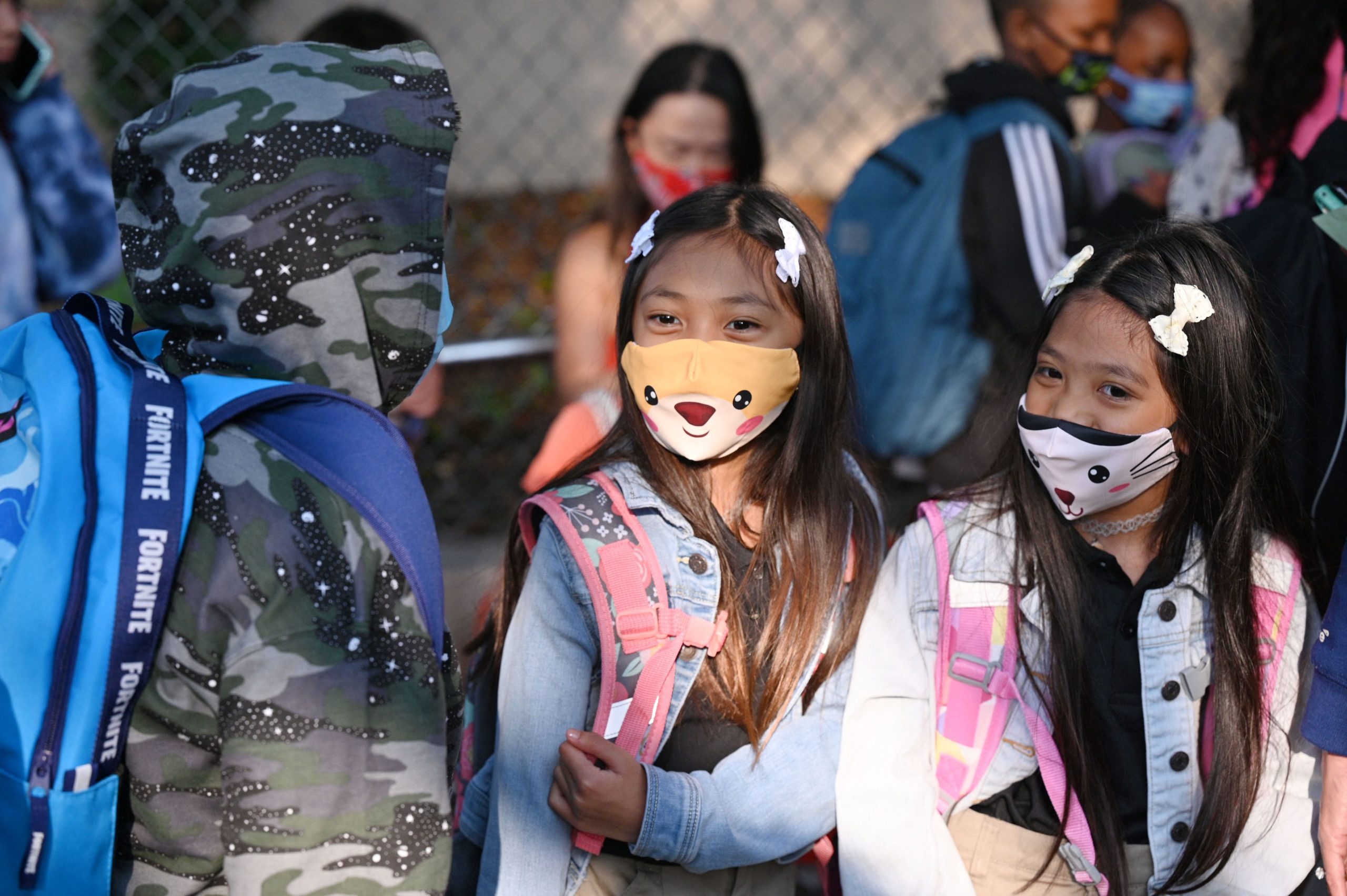 Students and parents arrive masked for the first day of the school year at Grant Elementary School in Los Angeles, California, August 16, 2021. – To stem the spread of Covid-19 coronavirus teachers in Los Angeles are required to be fully vaccinated against Covid-19 by October 15 and both teachers and students are required to wear masks inside school buildings. Issues with the new “Daily Pass” health check app caused confusion and long lines on the first day back to school. (Photo by Robyn Beck / AFP)

The book “Two Boys Kissing” by David Levithan is about two boys who kiss for 32 hours to break the world record and is available in several high school libraries in the school district, according to the library websites. The book focuses on gender identity and “gay hookup sites.”

The complete database complied by the parents and obtained by the DCNF features more than 70 books in the district that are age inappropriate and cover a range of topics including gender identity, sexual orientation, sexual nudity and sexual assault.

“When the school has to have a permission slip for a rated PG movie in class but not pornographic books in libraries and age-inappropriate content in the classroom, there is a huge problem,” Babler told the DCNF. “Poway Unified has made transparency, parental notification and opt-out next to impossible and parent’s have a constitutional right to control our children’s education on sensitive topics around human sexuality.”

The school district did not immediately respond to the DCNF’s request for comment.