UPDATE: This piece has been updated to include comment from J.D. Vance’s campaign.

Democratic Senate candidate Tim Ryan said in an interview Thursday he thinks there needs to be “new leaders” when asked if President Joe Biden should run again in 2024.

“You just listed off his performance, do you think he should run again in 2024?” a reporter for WMFJ-TV, a station in Youngstown, Ohio, asked Ryan in a sit down interview. (RELATED: Democrats In Competitive Races Criticize Biden’s Student Loan Gambit)

“My hunch is that we need new leadership across the board,” said Ryan, an Ohio congressman. “I think it’s time for a generational move for new leaders on both sides. I think the environment politically across the country is poisonous and people I think want some change.”

Ryan, who claimed in the interview he is “campaigning as an Independent,” is running against Republican venture capitalist and “Hillbilly Elegy” author J.D. Vance. The congressman has sought to distance himself from Biden while running in a competitive race.

Vance and Ryan’s race leans Republican, according to the Cook Political Report, a nonpartisan election tracker. The race could decide which party takes control in 2022 of the Senate, which is a toss-up, according to Politico’s 2022 election forecast. 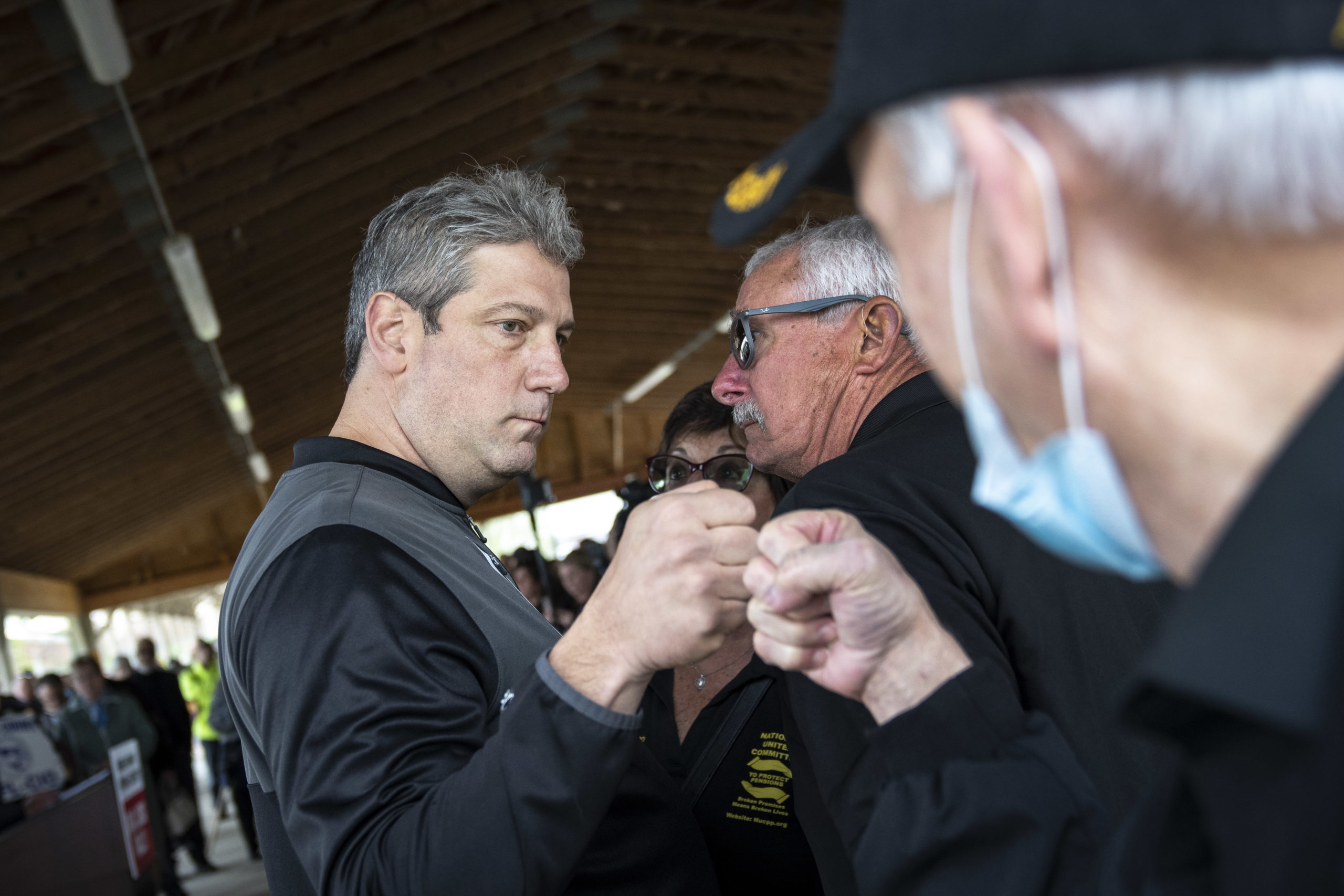 Ryan was also asked in the interview why he has not asked Biden to campaign with him and said “he’s not asking anybody.” He told WMFJ-TV that while he agrees with Biden on the recently signed CHIPS Plus Act to boost domestic semiconductor manufacturing and his “infrastructure” policies, he disagrees on other things.

“He’s not being tough enough on China,” said Ryan. “We’re not going in enough on natural gas. I fight him on some of these things as well. On some of the border stuff, I think he’s made some big mistakes, I think we’ve got to be firmer on the border.”

Ryan avoided endorsing Biden on Fox News in July, telling the outlet, “I’m working on my own election and that’s all I’m focused on right now.” The congressman also criticized Biden’s student loan forgiveness plan in late August, claiming it sends the “wrong message” to Ohio residents who did not attend college.

A FiveThirtyEight polling average shows Ryan leading the Ohio Senate race by roughly two points. Vance led Ryan by three points in an August Emerson College poll that surveyed over 900 voters and had a margin of error of plus or minus 3.2 percentage points.

“Remember, this is the same Tim Ryan who votes with Joe Biden 100% of the time in Washington, DC and who endorsed Joe Biden for President in the 2020 Democrat Primary over numerous other options,” a spokesperson for the Vance campaign told the DCNF.

Ryan’s office did not respond to a request for comment, nor did his campaign. The White House did not immediately respond.