Rep. Jim Jordan will investigate the FBI for secretly pressuring Americans to waive their gun rights should the GOP take back the House, the Ohio Republican told the Daily Caller News Foundation.

The fact that the FBI provided forms to people that relinquished their rights to own, buy or even use firearms underscores a “pattern” in the Bureau that is “frightening,” said Jordan, revealing in a Monday interview he will probe the FBI if Republicans secure a November House majority. (RELATED: EXCLUSIVE: Gun Group Calls On FBI, DOJ To ‘Remove’ Records On Americans Who Waived Away Their Gun Rights)

“All we can do is get facts and the truth, so the American people know exactly what’s going on,” said Jordan. “That’s what we will attempt to do because that’s part of our constitutional responsibility. To do the oversight and the investigation that you need to do so the country gets the facts.”

There are at least 15 Americans between 2016 and 2019 that signed the secret FBI forms, the DCNF first reported Sept. 6. The forms ask signatories to declare themselves as either a “danger” to themselves or others or lacking “mental capacity adequately to contract or manage” their lives and specify signatories will be permanently registered with the FBI’s National Instant Criminal Background Check System (NICS).

“This is part of the political nature of the Justice Department,” Jordan also said. “So, if in fact we win in 57 days, next Congress we are definitely looking into the whole political nature. [We have] separate branches of government. We can’t charge anyone, we can’t prosecute anyone.”

Gun Owners of America (GOA) called on the FBI and DOJ Thursday to “remove” database records on Americans who waived their gun rights, the DCNF reported. The firearms rights group obtained the forms and related documents through the Freedom of Information Act (FOIA) and shared them with the DCNF.

Lawyers and gun experts previously told the DCNF the forms raise serious legal questions. The forms notably do not appear to have Office of Management and Budget (OMB) control numbers on them — which experts said is required when federal agencies collect information from the public. 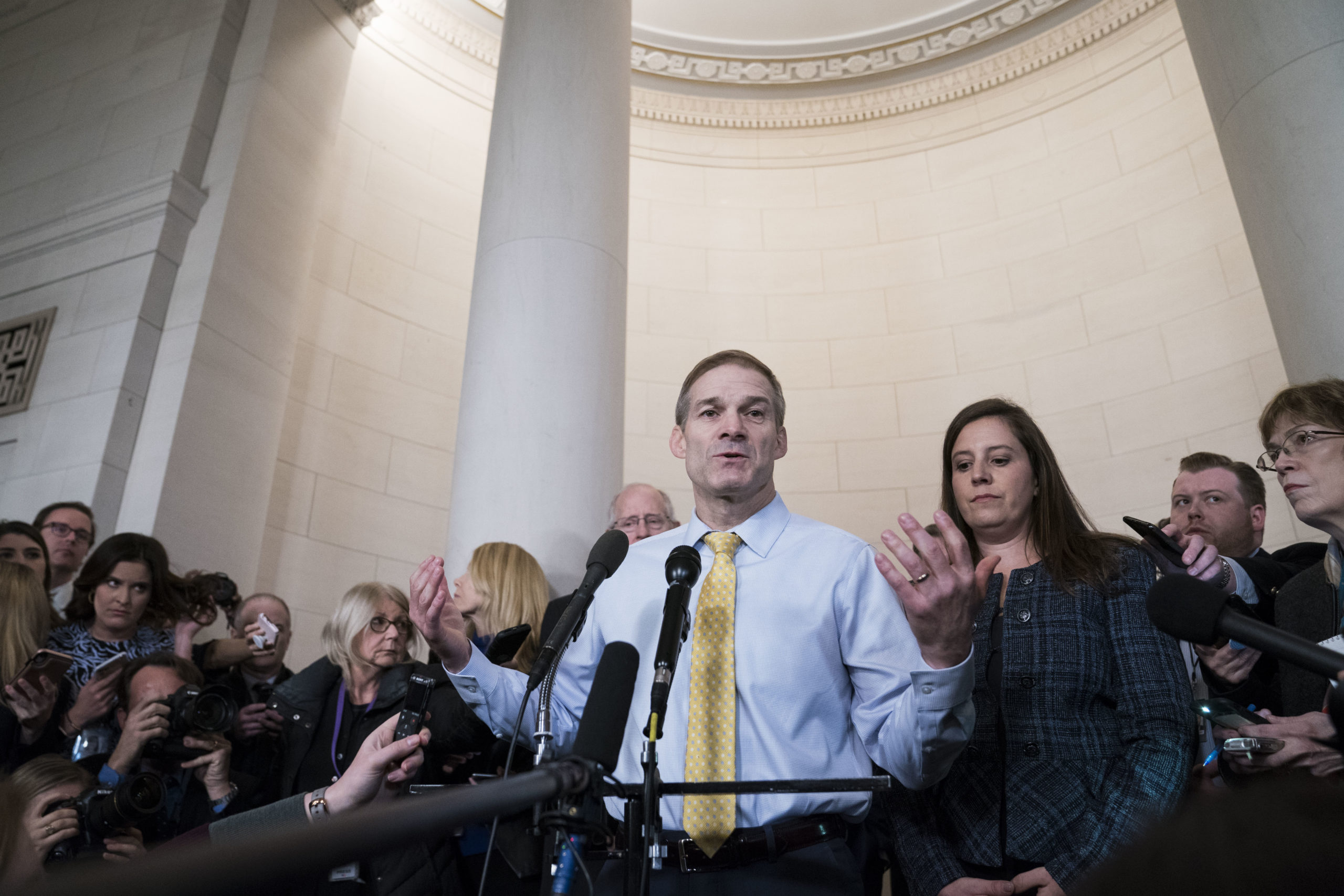 The DCNF’s report on the gun forms highlights “just one more fact” about the FBI “that should raise all kinds of concerns with Americans who value the Bill of Rights,” said Jordan.

“It looks like they were cutting corners here,” he added. “And not to mention just fundamentally doing something that’s not appropriate.”

Jordan has been highly critical of the FBI in the wake of its Trump Mar-a-Lago raid and has continued to speak with whistleblowers who allege the Bureau has become politicized. The congressman received whistleblower disclosures in July on the FBI allegedly reclassifying cases to involve Domestic Violent Extremism (DVE) to satisfy “performance metrics.”

The FBI previously told the DCNF its form was “discontinued” but did not say why that decision was made.

The FBI declined to comment and DOJ did not respond.