President Joe Biden flew Air Force One (AF1) to Delaware to vote in person in the state’s Democratic primary election on Tuesday evening, potentially costing the country hundreds of thousands of dollars in taxpayer money.

Biden chose to fly to Delaware to vote in a primary with no high-profile races on the ballot instead of mailing an absentee ballot as other presidents have previously done. While the exact cost of Biden’s round trip is unknown, it is estimated that the average cost of travel for a U.S. president is roughly $2,614 per minute, according to Fox News. (RELATED: Biden Will Get Billions To Spend On Green Programs. Here’s What Happened Last Time He Had That Money)

Biden departed Washington, D.C. to fly to Delaware at 6 p.m. Eastern Standard Time (EST) on Tuesday, arriving back at the White House at 9 p.m EST, according to his official schedule. Biden spent at least 100 minutes traveling during these three hours, potentially costing taxpayers at least $261,400 in travel expenses alone.

Biden’s flight was on an AF1 Boeing 757 plane to Delaware, according to Bloomberg. A Boeing 757 consumes an average of 5,800 pounds (lbs) of fuel per hour if the aircraft is traveling at the average speed of about 598 miles per hour at 35,000 ft, according to Aviation Insider.

Delaware allowed residents to vote before election day on Saturday, Sept. 10, when Biden was in the state and had only one event listed on his official schedule. When a reporter asked Biden why he did not vote by mail on Tuesday evening, Biden smiled but did not answer the question, according to The New York Post.

Biden explicitly backed vote-by-mail efforts during the 2020 election due to the COVID-19 pandemic. 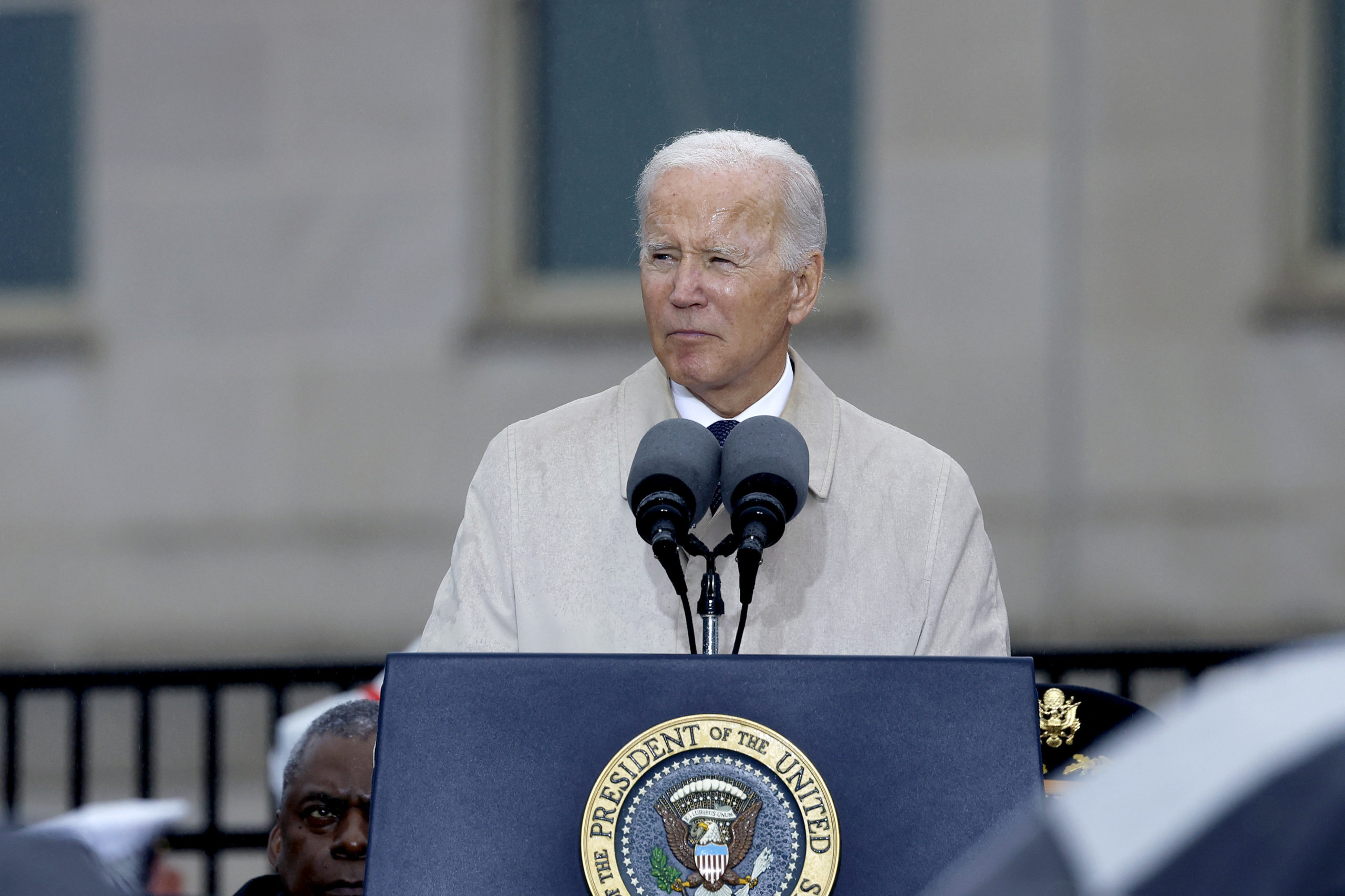 ARLINGTON, VIRGINIA – SEPTEMBER 11: U.S. President Joe Biden delivers remarks at a ceremony commemorating the 21st anniversary of the crash of American Airlines Flight 77 into the Pentagon during the September 11th terrorist attacks at the National 9/11 Pentagon Memorial on September 11, 2022 in Arlington, Virginia. (Photo by Anna Moneymaker/Getty Images)

The White House defended Biden’s decision to vote in person on Wednesday.

“I think by the president going to vote, that sends a very strong message to the American public,” White House Press Secretary Karine Jean-Pierre said in a press briefing on Wednesday.