A California school district features a “social justice academy” to teach kids to be activists and challenge capitalism, homophobia and white supremacy, according to the academy’s website.

“This school’s mission is based entirely on critical race theory and critical gender theory and if a school wants to train activists for particular ideological causes like dismantling capitalism or challenging cisheteropatriarchy, they shouldn’t be doing it on the public dime,” Director of Outreach for Parents Defending Education Erika Sanzi told the Daily Caller News Foundation.

In 10th grade, students earn 10-credits learning the “foundation” of identity, systems of oppression and the social constructions of class, race and gender, the academy website stated. To do so, the students take a social justice theory class, a social justice world history class and an English class.

The second year of the program entails learning about “solidarity and collective action” while also learning the “basics of activism,” the academy website showed.

In the final year of the program, students focus on “self-determination and critical consciousness” by running a “local, national, or even global” activist campaign which requires them to conduct interviews and “do-field work,” the academy website stated.

“One of the classes actually encourages kids as seniors to do this project and a part of this project is going out and doing research and doing some type of an activists like activities where they conduct a mini campaign for credit,” Parents Defending Education Investigative Fellow Alex Nester told the Daily Caller News Foundation. “That is incredibly concerning that you have a government institution that’s directly telling students to go out and be activists.” 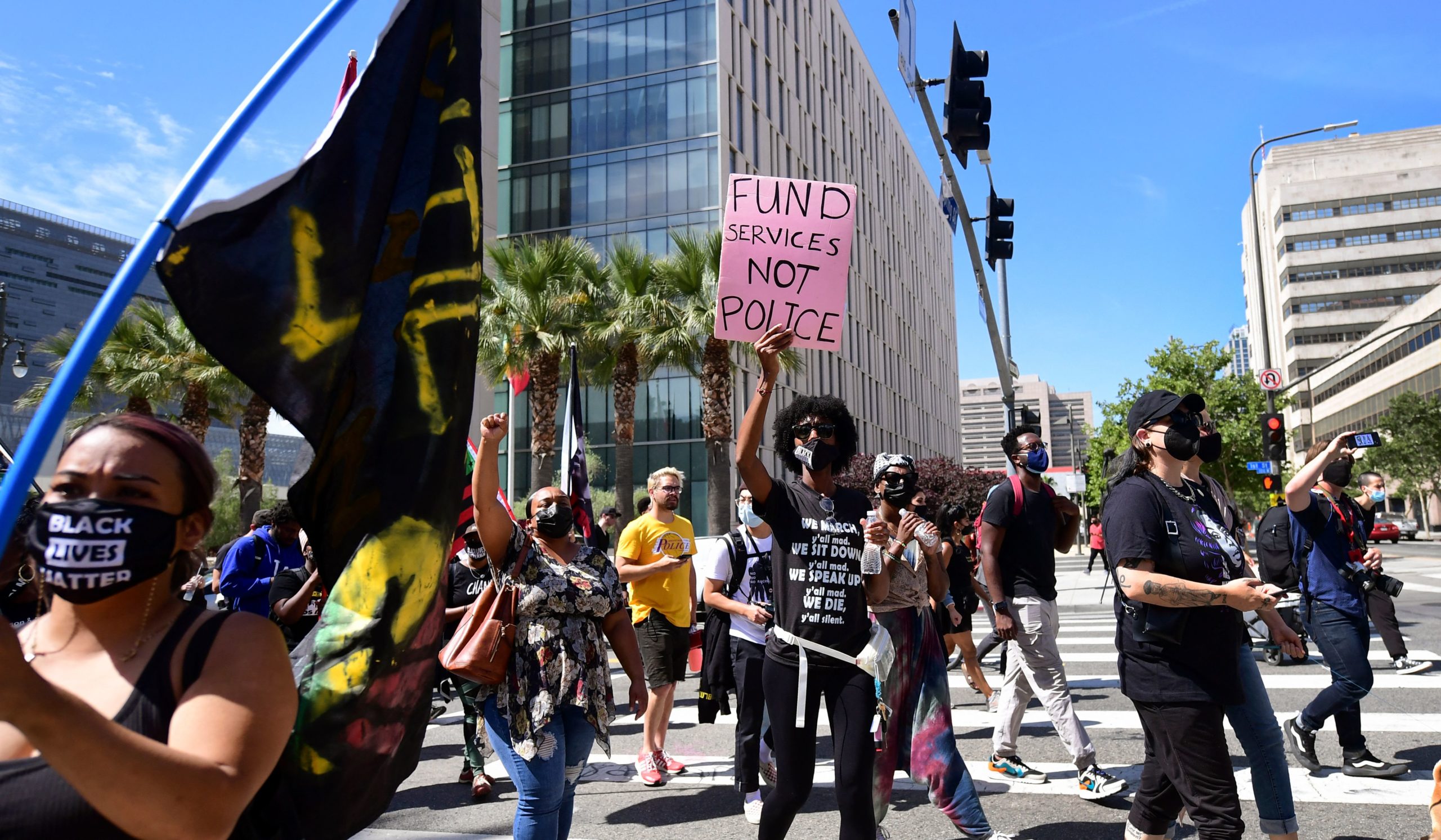 Activists and supporters of Black Lives Matter, march on the one-year anniversary of George Floyd’s death on May 25, 2021 in Los Angeles, California.  (Photo by Frederic J. BROWN / AFP)

“Justice For Steven Taylor And Black Lives Matter Campaign And Actions,” a past campaign by the students, included sending postcards to local officials demanding justice for Steven Taylor, a black man who was shot and killed by a San Leandro police officer after allegedly stealing from a local Walmart.

The campaign put on by the academy in 2020-2021 also included a march and a “No Justice, No Peace” tool-kit for other activists looking to support Steven Taylor, the academy website showed.

“Please explain to me why we’re prioritizing teaching kids how to be activists, instead of teaching them how to read and do math,” Nester told the DCNF. “That I think in this case, and in other cases, is probably the most concerning thing because going forward for these kids, for college, for their careers in their life, they’re going to be woefully underprepared, to have careers in engineering or what have you, because they don’t know how to read and they don’t know how to do math and schools are focusing on this instead.”

The academy and school district did not immediately respond to the DCNF’s request for comment.