The Islamic State is festering globally as its base of operations shifts to Africa, where poor local control offers space for the violent jihadists to regroup and revitalize, according to experts.

Islamic State groups have proliferated throughout the Middle East, central Asia and Africa even after a U.S.-led global coalition dealt the core group, the Islamic State in Iraq and Syria (ISIS), a territorial defeat in 2016, experts told the Daily Caller News Foundation. While so far the groups have adopted a locally-focused strategy of survival in some areas and rebuilding in others, the U.S. remains engaged in countering the revitalized terrorist threat.

“ISIS has regrouped … and it is organizing for a prolonged insurgency,” a recently-declassified intelligence document stated, forecasting ISIS capabilities through 2021. (RELATED: At Least 10 Rockets Hit Iraqi Military Base Hosting US Troops)

The assessment has proven accurate, according to former Deputy Coordinator for Counterterrorism and Vandenberg Advisory Board member Christopher Harnisch. “They laid low for a while, have re-grouped, and are now making a resurgence in the region,” he told the DCNF.

ISIS has proliferated far beyond its initial hub in Iraq and Syria. Semi-autonomous affiliates have sprung up in Africa, vying with al-Qaida-linked groups for the speed of their territorial acquisition while weak or sympathetic governments struggle to contain the threat, experts told the DCNF.

In Iraq and Syria, ISIS has gone “underground,” focused on fundraising and recruiting, according to Bill Roggio, a senior fellow at the Foundation for Defense of Democracies.

“They’re looking to step back up … as soon as the U.S. takes our eye off,” Roggio said to the DCNF.

The camp, consisting primarily of women and children who are either relatives of ISIS members or fighters themselves, functions as a hotbed for terrorist recruitment and provides cover for illicit financing operations, the Post reported.

“The next generation of ISIS is growing up there,” Simone Ledeen, former deputy assistant secretary of defense for the Middle East, told the DCNF.

The U.S. withdrawal from Afghanistan, during which the Taliban liberated hundreds of imprisoned ISIS fighters, provided a “jolt of momentum” for the jihadi Islamist movement, Harnisch said to the DCNF.

The Islamic State routinely conducts attacks against Taliban targets, claiming a suicide bombing earlier in September at the Russian mission in Kabul that killed two of Moscow’s diplomats, according to The Associated Press.

ISKP poses a “moderate to high threat” to the Taliban and Afghan citizens and could grow, CENTCOM Gen. Kenneth McKenzie told the Senate’s military committee members in a March hearing.

However, Islamic State’s branch in Afghanistan, ISKP, is likely the weakest, mainly because it must fight off a much larger Taliban that has access to state resources and foreign backing, Roggio explained to the DCNF.

Africa is “the central focus of terrorism in the world,” Gen. Stephen J. Townsend said in July before stepping down from his position as head of U.S. Africa Command (AFRICOM) head, adding that the Islamic State has developed financial networks with affiliates across the globe. Engagement in the region looks like sponsoring military exercises with local forces to train them in counterterrorism and counterinsurgency tactics, he said. 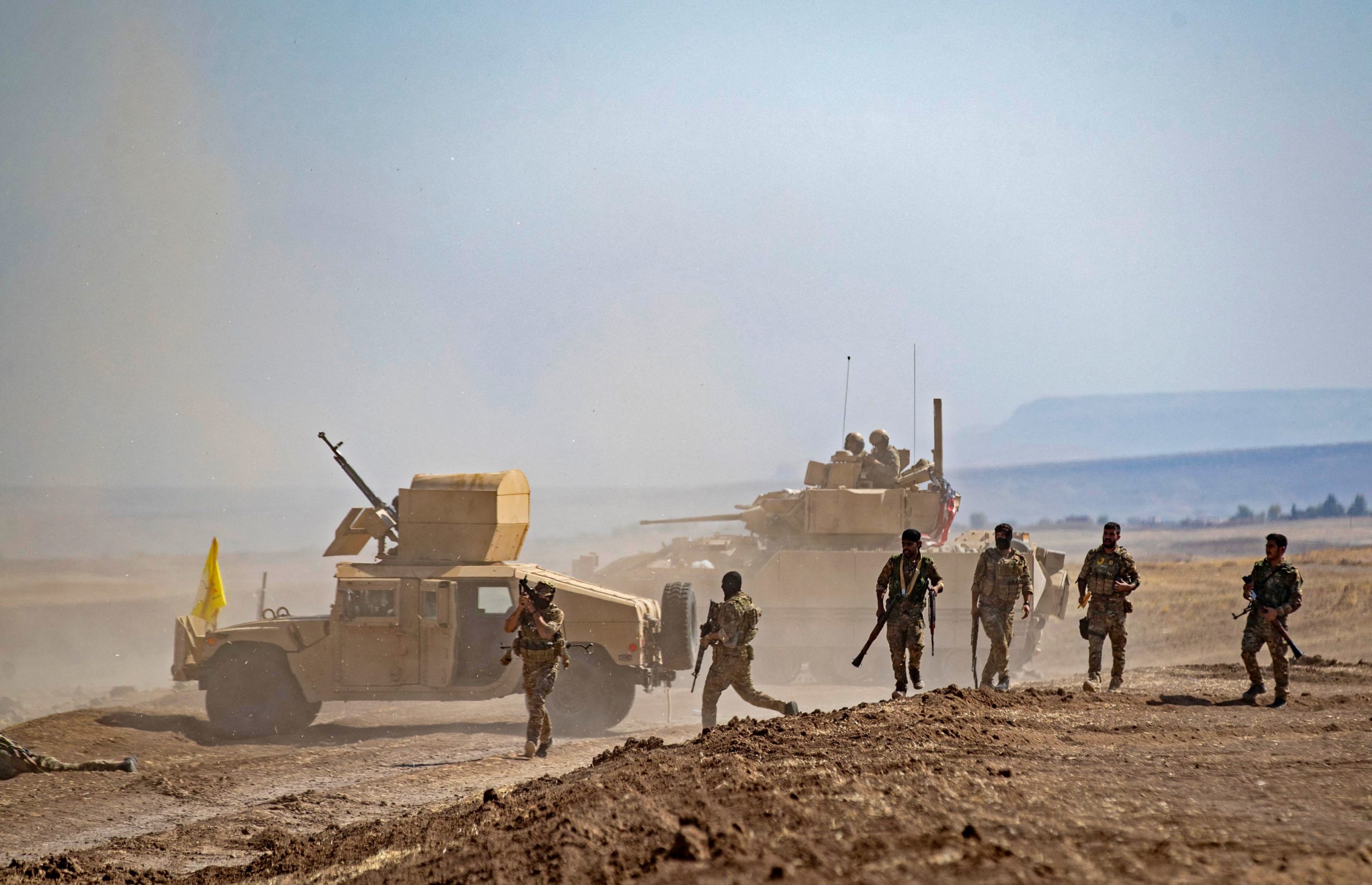 Fighters of the Syrian Democratic Forces (SDF) gather during a joint military exercise with forces of the US-led “Combined Joint Task Force-Operation Inherent Resolve” coalition against the Islamic State (IS) group in Syria on September 7, 2022. (Photo by DELIL SOULEIMAN/AFP via Getty Images)

The Biden administration’s policy of “integrated deterrence” means it has refocused on “civilian tools” along with training and advising local military partners.

“I would say there’s been some progress. There have been some tactical victories,” said Townsend in July of AFRICOM’s progress in countering terrorism. He reiterated the need for a holistic strategy that addresses the root of violent extremism in “poor governance.”

Through the Global Coalition, the U.S. “relies on the active partnership of African nations in a civilian-driven effort led by Africans and leveraging international partner resources,” a spokesperson for the State Department’s Bureau of Counterterrorism said to the DCNF.

Nevertheless, most ISIS groups in Africa continue to strengthen, according to a recent analysis from the American Enterprise Institute.

ISIS has yet to conduct a known coordinated, top-down attack against the U.S. or Western allies, but that doesn’t mean the U.S. is completely out of reach. Some groups have kidnapped Americans traveling in areas near their control. U.S. authorities also arrested an Ohio man with connections to ISIS in May for plotting to assassinate former President George W. Bush.

In the near term — three to five years — “the Islamic State is going to be focused on survival,” Roggio said to the DCNF.

CENTCOM and AFRICOM did not respond to requests for comment.