A Boston elementary school is promoting the creation of race-based groups among students and faculty as a part of its push for social justice, according to the school website.

The Advent School in Boston, Massachusetts, for preschool through sixth-grade students, aims to mold students into activists for social justice in order to “equitably value and meet the needs” of the community, according to the school website. As part of the push for social justice, the school suggests teachers, students and families create “affinity groups” to separate themselves based on race, sexual orientation and gender identity. (RELATED: ‘Dismantling Capitalism’: California School District Sponsors Activist Training Facility)

Families are encouraged to join the “Families of Color Affinity Group” while staff participate in “race-based affinity groups” and a “Social Justice Task Force,” the school website stated. There is a “Students of Color Affinity Group” and an affinity group for LGBTQ students, which are led by educators in the school so they may lead the students while they “navigate big emotions and trauma.”

Groups are added and expanded as the school sees fit, the website said.

“The Advent School is committed to ongoing anti-racist work and developing racially just, equitable, inclusive classrooms and communities,” the school website reads about the affinity groups, which are meant to lead to “challenging conversations” about the hardships of being a sexual or racial minority.

The school makes use of the “Reggio Emilia Approach,” an education approach from Italy that is “rooted in equity,” the school website showed. The Advent School uses the philosophy to implement the theme of social justice beginning in first grade. 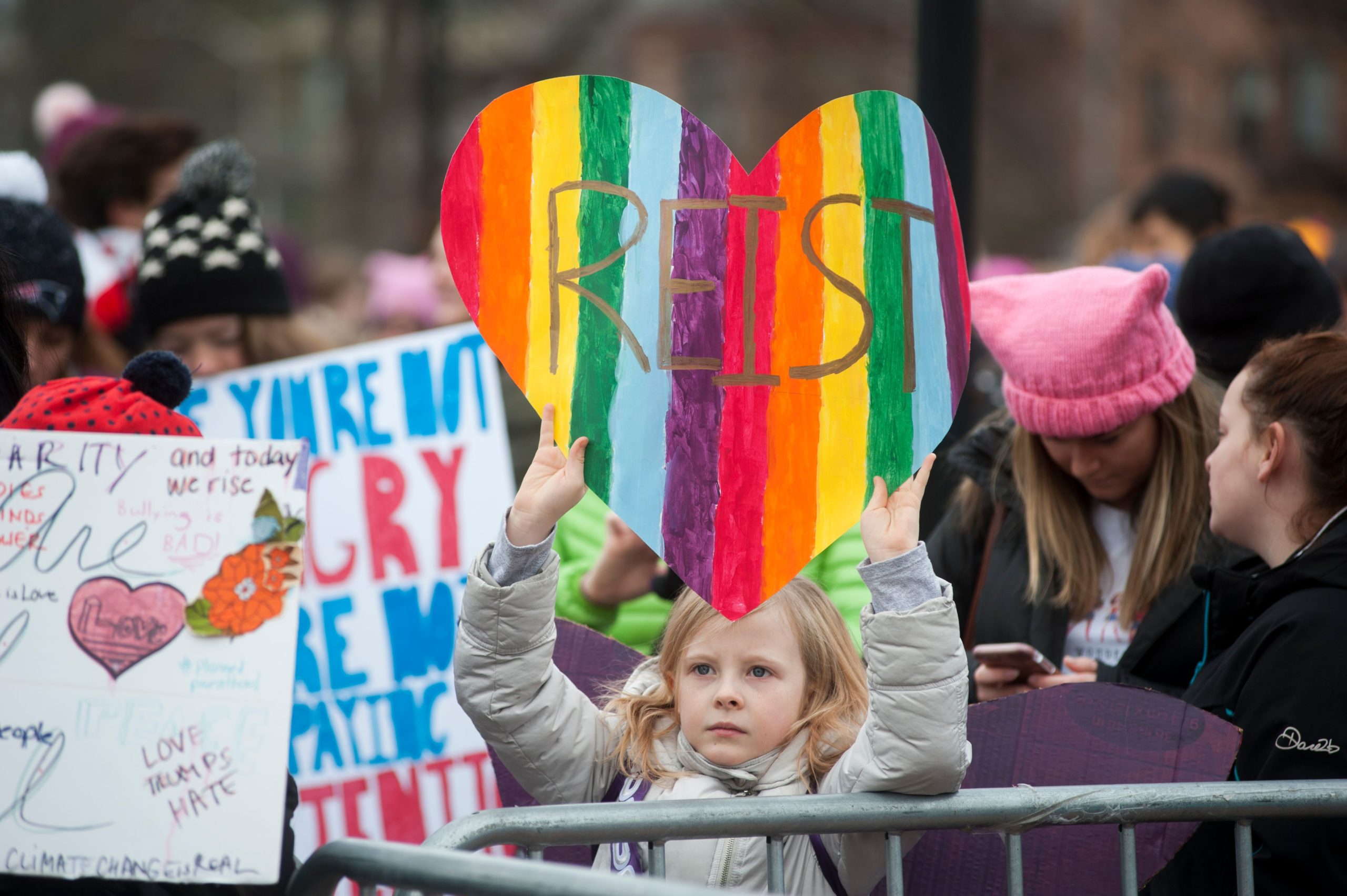 A girl holds up a sign during a rally attended by thousands of demonstrators at Cambridge Commons in Cambridge, Massachusetts on January 20, 2018, celebrating the one-year anniversary of the Women’s March, when millions marched around the world in protest of US President Donald Trump’s inauguration.  (Photo credit RYAN MCBRIDE/AFP via Getty Images)

The Board of Trustees Diversity Committee of Advent School aims to push for a better “understanding of marginalized and oppressed groups” while working to empower students to “to be agents of change,” the school website said. Families of the school are also welcome to join the board.

The school pushes “social justice in the classroom” with the goal of teaching kids to be “independent investigators to develop their advocacy skills,” the website stated. Educators are trained in a three-year cycle, which ends with the teachers “demonstrating their commitment to social justice.”

To further their social justice message, the school has second graders participate in gender identity games including “playing with pronouns” which encourages the students to pick their pronouns, according to the school website. As a part of the lesson, the children are taught that it is important to not make assumptions and that “you get to tell people who you are.”

The school did not immediately respond to the Daily Caller News Foundation’s request for comment.