Tuberville bought up to $265,000 in Intel stock on Aug. 5, according to a filing released Thursday. Four days later, Biden signed the CHIPS Plus Act, a bipartisan competition bill that sets aside $52 billion in subsidies for chip manufacturers like Intel. (RELATED: Nancy Pelosi’s Husband Buys Millions In Chip Stocks Right Before Vote On Massive Chip Subsidy)

Intel is one of the largest chip manufacturers in the world and it boasted a revenue of roughly $79 billion in 2021. The company has heavily lobbied for chip subsidies in the past few years and struck a $30 billion deal in August with an investment management group to finance the building of new chip factories, The Wall Street Journal reported.

Tuberville did not vote in favor of the subsidy bill in July. A spokesperson for the senator told the Daily Caller News Foundation he “has long had financial advisors who actively manage his portfolio without his-day-to-day involvement.”

Still, one watchdog group that spoke to the DCNF said whenever members of Congress trade stocks “around major legislation” Americans are warranted to ask questions.

“Sen. Tuberville’s purchases came after the votes, so it does not appear he was using non-public information,” said Jordan Libowitz, spokesman for the progressive watchdog Citizens for Responsibility and Ethics in Washington. “However, the fact that we’re being asked about this just shows how uncomfortable Americans are with their representatives making money off of the actions of Congress — even, in this case, on bills they voted against.” 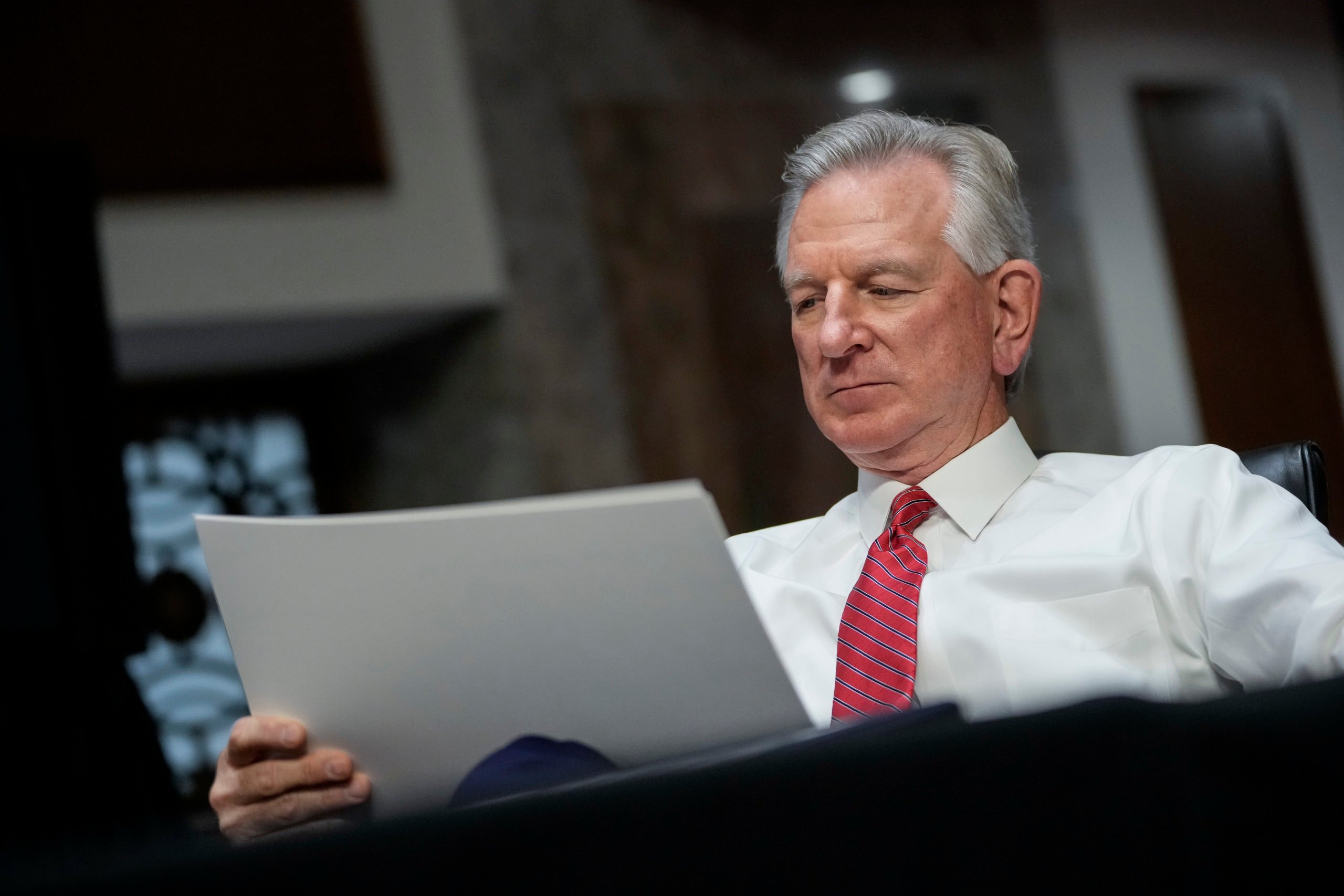 Tuberville has bought and sold Intel stock 19 times between January 2021 and August 2022, filings show, but has not sold shares since January 2022. He also purchased up to $100,000 worth of Intel stock on June 21 — roughly one month before the Senate advanced the subsidy bill.

The senator’s stock buy comes on the heels of House Speaker Nancy Pelosi’s husband Paul buying millions in stock of Nvidia, another chip company, before senators voted on the subsidy bill, the DCNF reported.

The New York Times published a report last Tuesday on lawmakers trading stocks while sitting on committees that may have given them key financial insight. The report heavily focused on Tuberville and said he traded shares in pharmaceutical companies while being a member of the Senate Health Committee.

“I don’t trade stocks, my brokers do,” the senator told the Times upon being asked about his trades.

Senate Democrats are delaying the introduction of a bill banning members of Congress from trading stocks until after the November midterm elections.

Joshua Graham Lynn, CEO of the nonpartisan anti-corruption watchdog RepresentUs, told the DCNF “it’s time for a serious crackdown on conflicts of interest.”

“Passing it is a no-brainer and would be a first step in rebuilding trust,” Lynn said about a stock ban bill. “There’s no excuse for failing to act.”