Democratic Mayor Eric Adams announced Tuesday the mandate will end Nov. 1 for private employees but will remain in place for public employees, according to NBC 4 New York.

“Our vaccinated workforce kept the city open and operating, with over 300,000 employees it was crucial to put it in place and we’re keeping it in place,” Adams reportedly said. “Our vaccinated workers have carried out their jobs and stepped up when the city needed them the most and we think it’s imperative to send the right message and lead by example.” (RELATED: Biden Declares ‘The Pandemic Is Over’)

Adams said the lifting of restrictions would provide businesses, as well as families, with more flexibility. 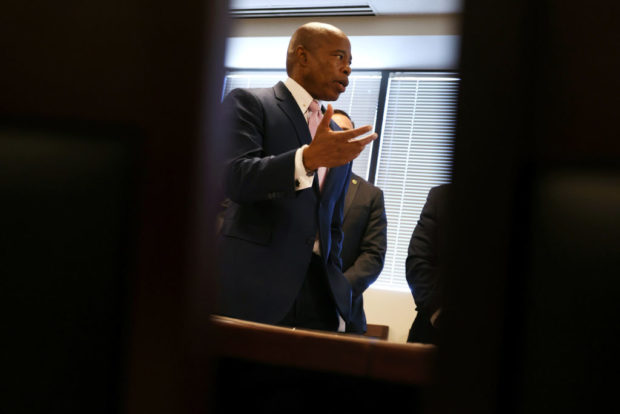 NEW YORK, NEW YORK – JUNE 06: New York Mayor Eric Adams is joined by police detectives of the Gun Violence Suppression Division at a Brooklyn police facility where it was announced that arrests have been made against violent street gangs on June 06, 2022 in New York City. (Spencer Platt/Getty Images)

“The rollout has been important and crucial and because we’ve been so successful, it’s time to move on to the next level of fortifying our city,” Adams said, according to the report. “This puts the choice in the hands of New Yorkers. It’s imperative we’re asking them to continue to encourage their employees to get their vaccines and booster shots.”

The city will also be ending the vaccine requirement for schoolchildren to play in sports and other extracurricular activities, NBC 4 New York reported.

The announcement comes just after the New York City Department of Education recently fired more than 800 educators who were not in compliance with the city’s vaccine mandate.