Angry Iranians took to the streets Tuesday to protest against the death of 22-year-old Mahsa Amini, who was arrested and held by police days earlier.

Trash bins set on fire and rocks scattered across downtown intersections were just some of the sights witnessed by reporters in the nation’s capital during Monday’s protests. Tuesday’s protests were a continuation of unrest from the day before, as students from universities around Tehran gathered and called for investigations into Amini’s death, according to the Associated Press. 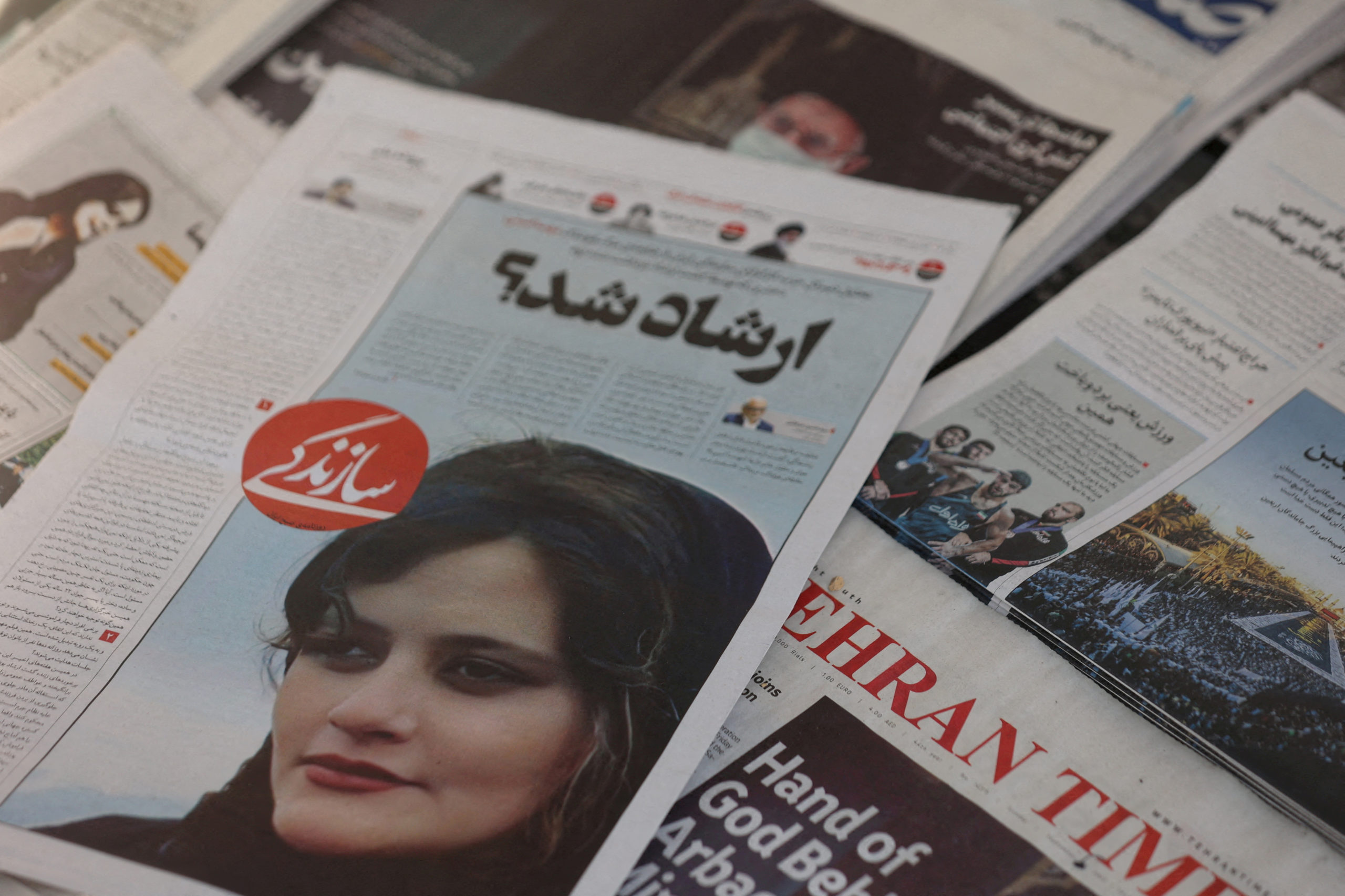 A newspaper with a cover picture of Mahsa Amini, a woman who died after being arrested by Iranian morality police is seen in Tehran, Iran, September 18, 2022. Majid Asgaripour/WANA (West Asia News Agency) via REUTERS

A Kurdish human rights group stated three deaths had occurred from Monday’s demonstrations though no official confirmation has been made, Reuters reported. (RELATED: ‘They Are Running After Us, But Cannot Catch Us’: More And More Iranian Women Are Openly Defying Headscarf Rules)

Growing unrest was sparked by the death of Amini, a young Kurdish woman who fell into a coma and died while detained by the nation’s so-called morality police, according to Reuters. Iran’s morality police are responsible for the strict enforcement of proper head coverings and loose-fitting clothing for women in the Islamic Republic. Mahsa Amini’s family maintains that she had no prior health issues and sustained bruises to her legs. Her father blames the police for her death, according to the outlet.

Mahsa Amini should be alive today. Instead, the United States and the Iranian people mourn her. We call on the Iranian government to end its systemic persecution of women and to allow peaceful protest. #مهسا_امینی

Amini’s death not only sparked turmoil within the country, but also earned condemnation from the global community. “Mahsa Amini should be alive today,” Secretary of State Antony Blinken tweeted. Blinken also called on Iran’s government “to end its systemic persecution of women and to allow peaceful protest.”

EU Foreign Policy Chief Josep Borrell called her death “unacceptable” and demanded accountability, according to Euro News. “Women who defy these compulsory veiling rules should not be harassed, should not be subjected to violence and there needs to be a fair investigation,” UN spokesperson Ravina Shamdasani said.

Iran’s president has called on his Interior Minister to “investigate the cause of the incident with urgency and special attention,” CBS News reported.