The California Air Resources Board (CARB) is considering new regulations to ban the sale of all diesel semi-trucks by 2040 to fight climate change and rectify a legacy of racist practices, according to a CARB report released on Aug. 30.

The proposal would require medium and heavy-duty trucks entering ports and railyards to be fully electric by 2035, according to the report. CARB believes that such freight vehicles should be banned because the diesel emissions that come from such vehicles disproportionately affect low-income and minority communities due to racist zoning policies. (RELATED: Biden Admin Handed California The Power To Mandate EVs Nationwide)

“Decades of racist and classist practices, including red-lining and siting decisions, have concentrated heavy-duty vehicle and freight activities in these communities, with concomitant disproportionate pollution burdens,” the regulators stated. “CARB has legal and moral obligations to lessen these burdens.”

CARB must vote on the proposal to ban diesel semi-trucks on Oct. 27. The proposed regulations would also require state and local government vehicle fleets to be fully electric by 2027, according to the report. 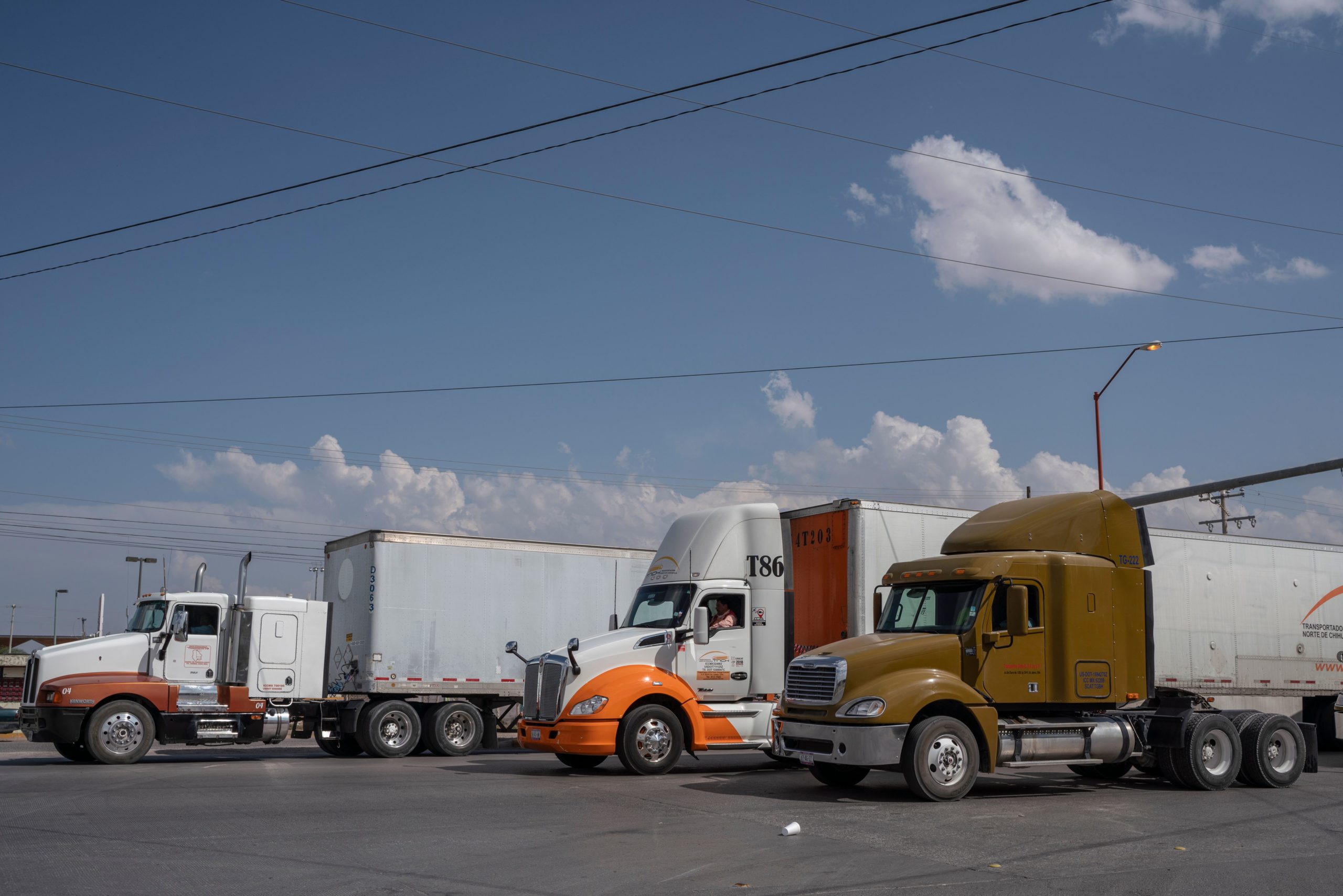 Semi-trucks wait for inspection before crossing the border at the Zaragoza International Bridge, in Juarez, Mexico, across the border from El Paso, Texas on May 31, 2019. (PAUL RATJE/AFP via Getty Images)

“Black and Latino populations experiencing significantly greater air pollution impacts than white populations,” CARB added. “Communities in and around ports move much of the nation’s freight, and so experience pollution on a national scale in their neighborhoods.”

California aims to enforce its rules by penalizing automakers up to $20,000 per vehicle if they fail to meet the state’s sales quotas.

The state hopes that these measures will significantly raise the amount of EVs on the road which will help curb emissions and accelerate its ongoing green energy transition.

In July, California truckers protested a new labor law that classified the state’s 70,000 independent owner-operators as employees of the shipping companies that they work alongside, rather than independent contractors. The bill forces truckers to either become employees beholden to company regulations or pay up to $20,000 out-of-pocket for permits and insurance to handle their own logistics and remain independent.