A Seattle school district “totally duped” a student into enrolling in an “anti-American socialist” history course by disguising it as U.S. American history, parents claimed to KTTH News.

Bellevue High School in Bellevue, Washington, is labeling a class as “U.S. American History” on students’ schedules while the course syllabus says “Decolonizing U.S. History,” according to KTTH News. The parents, after noticing the discrepancy, began investigating the course and argued their son had been tricked into taking the class by the school. (RELATED: Boston Elementary School Encourages Race-Based Clubs In The Name Of Social Justice)

“Totally duped. And I worry about other parents who didn’t do the research that I did to get a real-life understanding of what ‘U.S. history’ class they’re taking,” the parents told KTTH News.

The class seeks to “decolonize the history of the United States and prioritize the previously unheard stories and experiences of and the impacts of events and policies on historically and currently marginalized groups,” according to the school district’s course catalog. The “marginalized groups” that are studied include “transgender and gender-nonconforming people,” the “LGBTQ+” community and “Latinx.”

The syllabus for the class features a land acknowledgement, to recognize that the land the school was built on belongs to Native Americans, and lays out community agreements for the classroom which tells students to “experience discomfort,” “expect/accept non-closure” and “self-care,” according to KTTH News. Different themes of the course listed are “identity,” “power & politics,” and “resistance.” 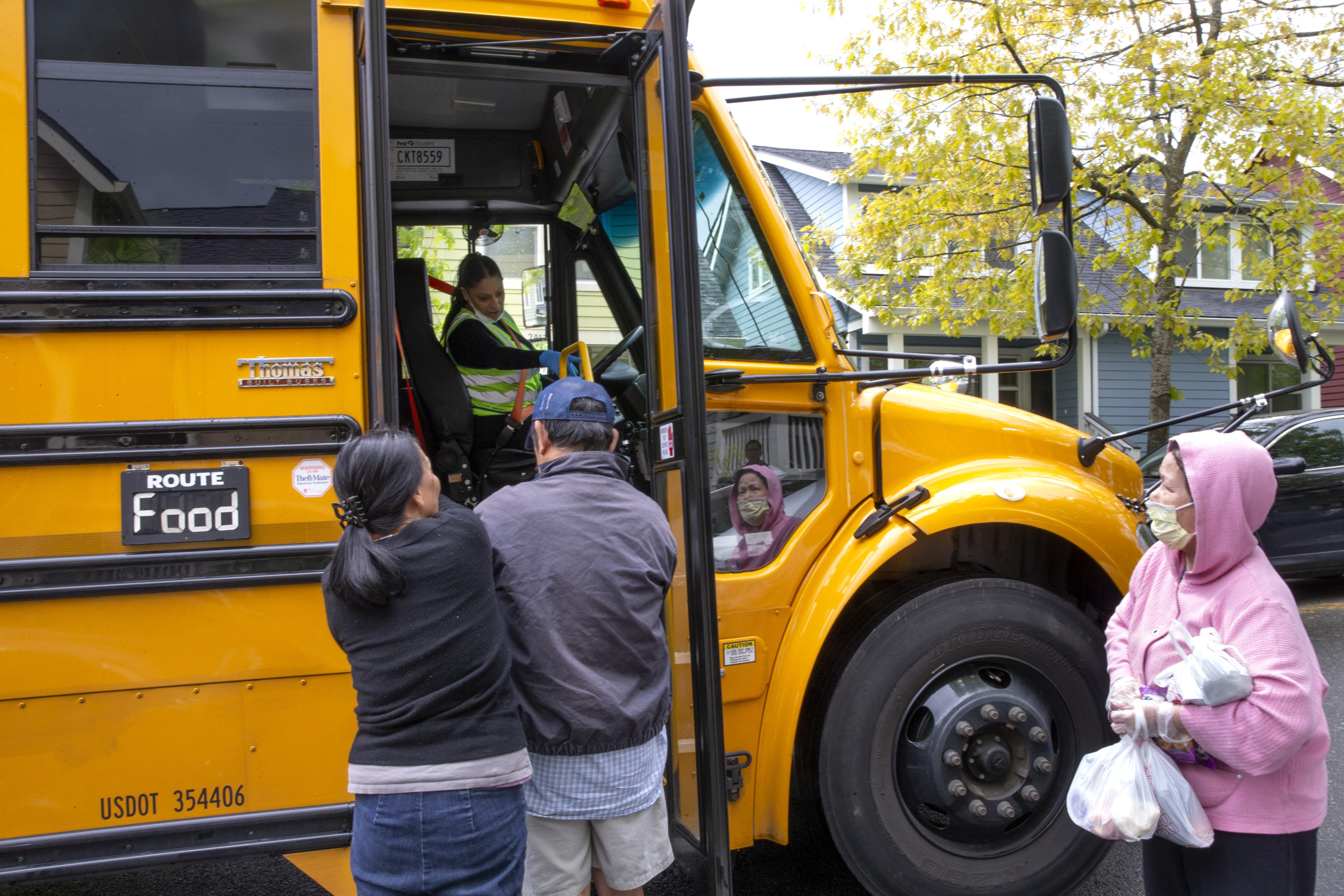 Bus driver Treva White delivers meals to children and their families on May 6, 2020 in Seattle, Washington. (Photo by Karen Ducey/Getty Images)

The school district did not immediately respond to the Daily Caller News Foundation’s request for comment.