UPDATE: This story has been updated to reflect a statement from the Oklahoma State Medical Association.

The Oklahoma Supreme Court ruled Tuesday that school districts can make their own decision regarding mask mandates, not the governor.

The Oklahoma State Medical Association (OSMA) alongside four parents sued Oklahoma Republican Gov. Kevin Stitt over Senate Bill 658 which was signed into law in June 2021, and prohibited schools from implementing mask mandates unless Stitt declared a state emergency for COVID-19. The state Supreme Court ruled on Tuesday that the law oversteps by denying schools their local control. (RELATED: ‘Find Another Job’: Oklahoma Officials Respond To Teacher Quitting Over CRT Ban)

The lawsuit filed by the parents in 2021 cited their children’s medical history and argued that the law was a “violation of Oklahoma children’s right to a free education in a safe environment.”

“This is not a political stance; it is about public health and common sense,” Former OSMA President Dr. Mary Clarke said in a statement to the Associated Press after the lawsuit was filed. “If schools can send students home for a lice infection, they should have the latitude and ability to issue a mask mandate.” 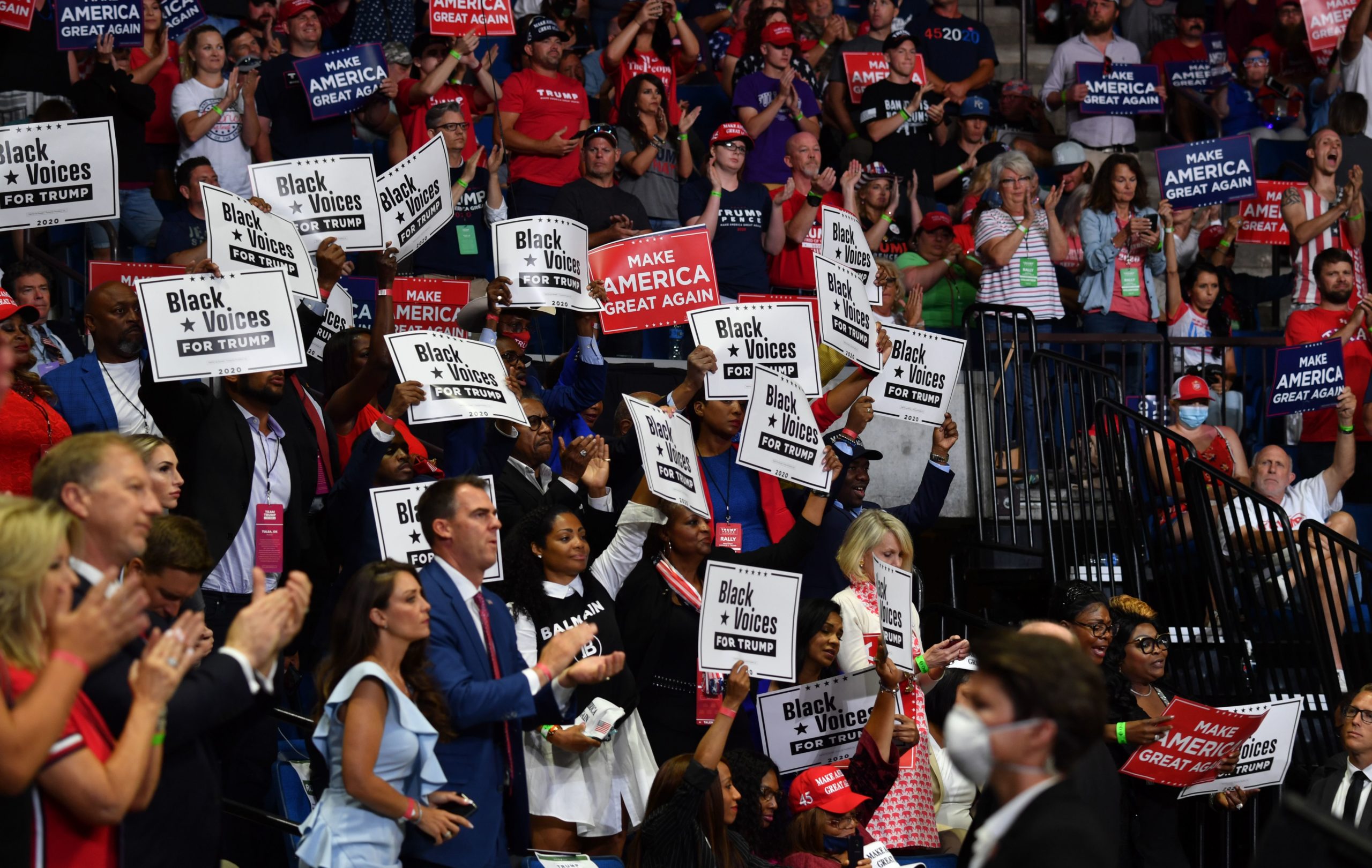 Governor Kevin Stitt claps among “Black Voices for Trump” supporters as US President Donald Trump speaks during a campaign rally at the BOK Center on June 20, 2020 in Tulsa, Oklahoma. – Hundreds of supporters lined up early for Donald Trump’s first political rally in months, saying the risk of contracting COVID-19 in a big, packed arena would not keep them from hearing the president’s campaign message. (Photo by Nicholas Kamm / AFP) (Photo by NICHOLAS KAMM/AFP via Getty Images)

“We are pleased the Oklahoma Supreme Court sided with local control and upheld the ability of schools to protect their students and staff,” David Holden, M.D., president of the Oklahoma State Medical Association told the Daily Caller News Foundation. “We are currently reviewing the ruling and will discuss any next steps with the other plaintiffs.”

State Superintendent of Public Instruction Joy Hofmeister voiced her disapproval against Stitt’s law in 2021, calling to have it “stricken in court.” The school COVID-19 plan, proposed by the Oklahoma State Department of Education and Hofmeister, required masks for students if there were more than 1.43 COVID-19 cases per 100,000 residents and strongly recommended masks for all staff and students if cases were any less.

Department of Education Secretary Miguel Cardona thanked Hofmeister for “standing up for the health & safety of Oklahoma students,” in a tweet.

“While Democrat Joy Hofmeister was being praised by the Biden administration for backing a plan that would have closed schools across the state for nearly 2 years, Gov. Stitt was pushing to keep schools open and has never supported statewide mandates or lockdowns,” Governor Stitt’s Press Secretary Kate Vesper told the Daily Caller News Foundation.

Hofmeister did not immediately respond to the DCNF’s request for comment.