Three years into her “transition,” Daisy Strongin was committed to being “trans until I die.” Growing up as a young girl in Elmhurst, Illinois, she thought there were “real trans people” and “fake trans people.” Because she struggled with uncomfortable feelings about her gender from a young age, Daisy was convinced that she was “definitely one of the people who was not faking it.”

Indeed, she was so convinced that at 18, Daisy obtained testosterone through an LGBTQ+ clinic in downtown Chicago. Two years later, at 20, she had a double mastectomy.

At the time, Daisy wasn’t concerned about the side effects of removing her breasts or taking hormones, which health care providers at Howard Brown Health in Chicago scarcely mentioned. That’s partly because the physician assistant who prescribed Daisy testosterone focused more on anticipated aesthetic changes, rather than the potential risks Daisy would face, including heart disease, mood swings, a permanently deeper voice, vaginal atrophy and infertility.

“I kind of told myself, ‘I’ll never be pregnant, because I’ll be a man,’” she said. If Daisy ever changed her mind, she figured she could “just do surrogacy.”

But a year after surgically removing her breasts, Daisy started to experience regret about what she’d done to her body — feelings that coincided with her meeting the man that she’d soon marry. Suddenly, she started thinking about wanting kids all the time.

“It became really important to me,” she said.

Daisy Googled surrogacy costs. “It was like $90,000,” she recalled, a number that left her “really, really discouraged.”

“Then I remember thinking, ‘I have a body that can get pregnant. I could just do that,’” she said. “‘Unless what I’ve done to myself has made that not the case.’”

Daisy was on testosterone for three and a half years. While she wanted to know more about her fertility status, she was too scared to see a fertility specialist and possibly receive the news that she’s infertile — and that it was her own fault.

“That was really my worst nightmare,” Daisy said.

But to her surprise and delight, Daisy got pregnant. After being married for less than a year, she gave birth to a healthy baby boy, Gabriel, in August. In announcing his birth, Daisy said, “I’ve never felt more grateful for my husband, my body, and for the sheer gift of life.”

The process of “detransitioning” was, in some ways, more difficult than coming out as transgender. Beginning in her junior year of high school, Daisy convinced everyone, including her parents, to call her a boy and use male pronouns. In addition to taking cross-sex hormones and removing her breasts, she changed her name and sex on her driver’s license. She openly documented her progress on YouTube. Aside from getting a phalloplasty, which entails doctors removing the vagina and creating a fake penis using skin taken from the forearm, thigh or back, Daisy had done everything to “transition” that she could. Still, she never felt right. 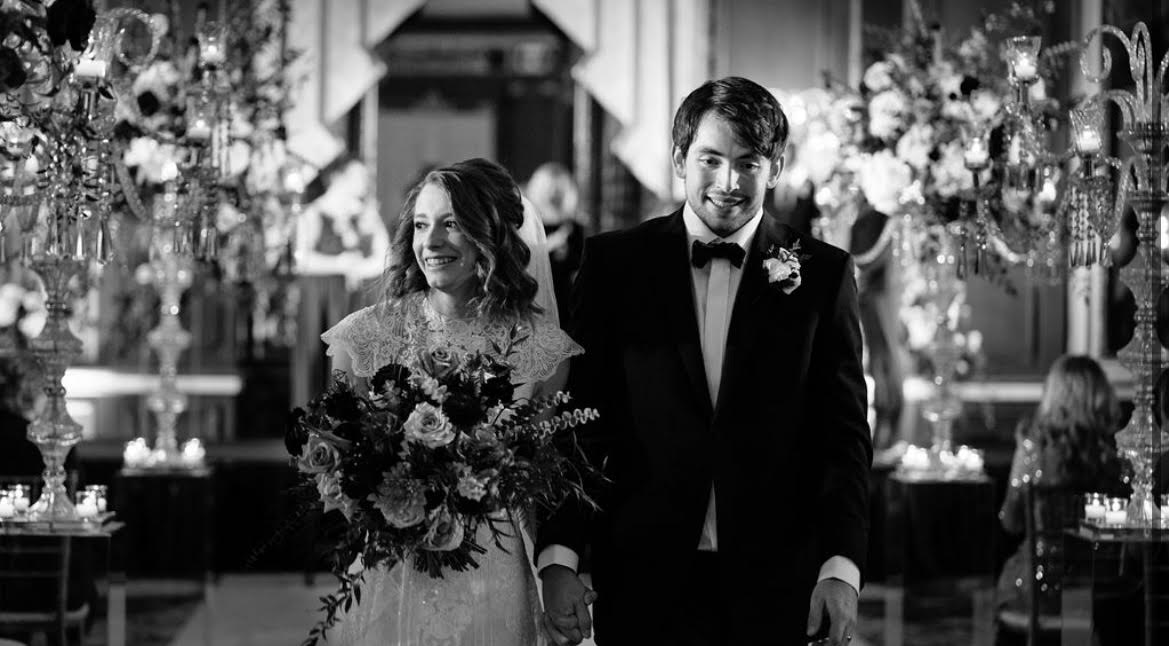 Daisy at her wedding (Photo provided by Daisy Strongin via IWF)

Initially, Daisy’s parents didn’t approve of her transition. At the time, she interpreted their reaction as “transphobic discrimination.” But today, now a mother, Daisy realizes that the situation “horrified” her parents – “and rightfully so.” Mental health professionals pressured Daisy’s parents to accept her identity and “affirm” her as a boy, using what Daisy called the “heinous manipulation tactic of, ‘Oh, your kid’s going to kill himself if you don’t affirm him.’”

Daisy had struggled with depression from a young age and admits that during her transition, she thought her life depended on her ability to live as a man. She told herself that she’d never regret “transitioning,” but that if she ever did, “then I’ll kill myself.”

But eventually, Daisy came to view her transition as a Band-Aid of sorts — a way to get rid of deeper insecurities about her self-image. There were moments where her male identity felt like it was improving her mental health, such as the “euphoria” she describes feeling in the early days of hormone treatment and immediately after removing her breasts. But ultimately, transitioning made her insecurities worse.

When she decided to stop testosterone and transition back to living as a woman, Daisy wasn’t sure how her life would end up. She wasn’t sure if she could ever be loved. She no longer had breasts, her voice was permanently deepened, and she still grew facial hair.

“I was really thinking, ‘I might have just put my future happiness in jeopardy and really jeopardized the possibility of me ever having a family,’ which is really what I’ve always wanted,” she said.

Now married and pregnant, she describes

“Not everyone can say that they’ve had the best-case scenario with this,” she said of other detransitioners, adding, “If you told me two years ago that in 2022 [I] would be married and pregnant, I wouldn’t believe you. My parents told me that I would change a lot, but I just could not conceptualize it.”

At one of her recent OBGYN appointments, before her son was born, Daisy mentioned that she wouldn’t be able to breastfeed since she had undergone a double mastectomy.

Daisy bit her tongue and answered politely. But she has since shared what she was thinking:

“Yeah, I used to be. Not anymore. So, I’m not playing that pronoun game anymore. You’d call me ‘she.’”

Kelsey Bolar is a senior policy analyst at Independent Women’s Forum. She is also an editor of BRIGHT, a morning newsletter for women, by women, a senior fellow at The Steamboat Institute, and a contributor to The Daily Signal and The Federalist. Her work has been featured in USA Today, National Review, The Washington Examiner, and more.