The proposed bill, dubbed the Energy Independence and Security Act, will authorize the Federal Energy Regulatory Commission (FERC) to direct utilities to build long-distance transmission lines if they have been previously proposed by a state or business. The process, which will help transfer electricity produced by wind turbines and solar panels, can be expedited if the Energy Secretary determines the project to be in the “national interest.” (RELATED: Senate Ratifies Climate Treaty That Will Raise The Cost Of Home Appliances)

“The Manchin-Schumer bill would give unelected regulators the authority to compel utilities to build high-voltage transmission lines to connect wind and solar facilities hundreds of miles from urban centers, use eminent domain to condemn rights of way, and then pass the costs on to consumers,” Myron Ebell, Director of the Competitive Enterprise Institute’s Center for Energy and Environment, told the Daily Caller News Foundation.

The bill also states that FERC can allocate costs to those who “benefit” from transmission projects. which would include electricity customers in the area supplied by the transmission line, meaning that taxpayers could foot the bill for the developments.

Manchin’s bill will create a list of at least 25 energy projects that are considered to be in the “national interest” that FERC will be instructed to expedite, five of which will be fossil fuel projects. The 2021 infrastructure bill also gave the Energy Secretary the ability to prioritize the permitting and construction of certain renewable energy transmission projects to help the nation meet President Joe Biden’s ambitious climate targets. 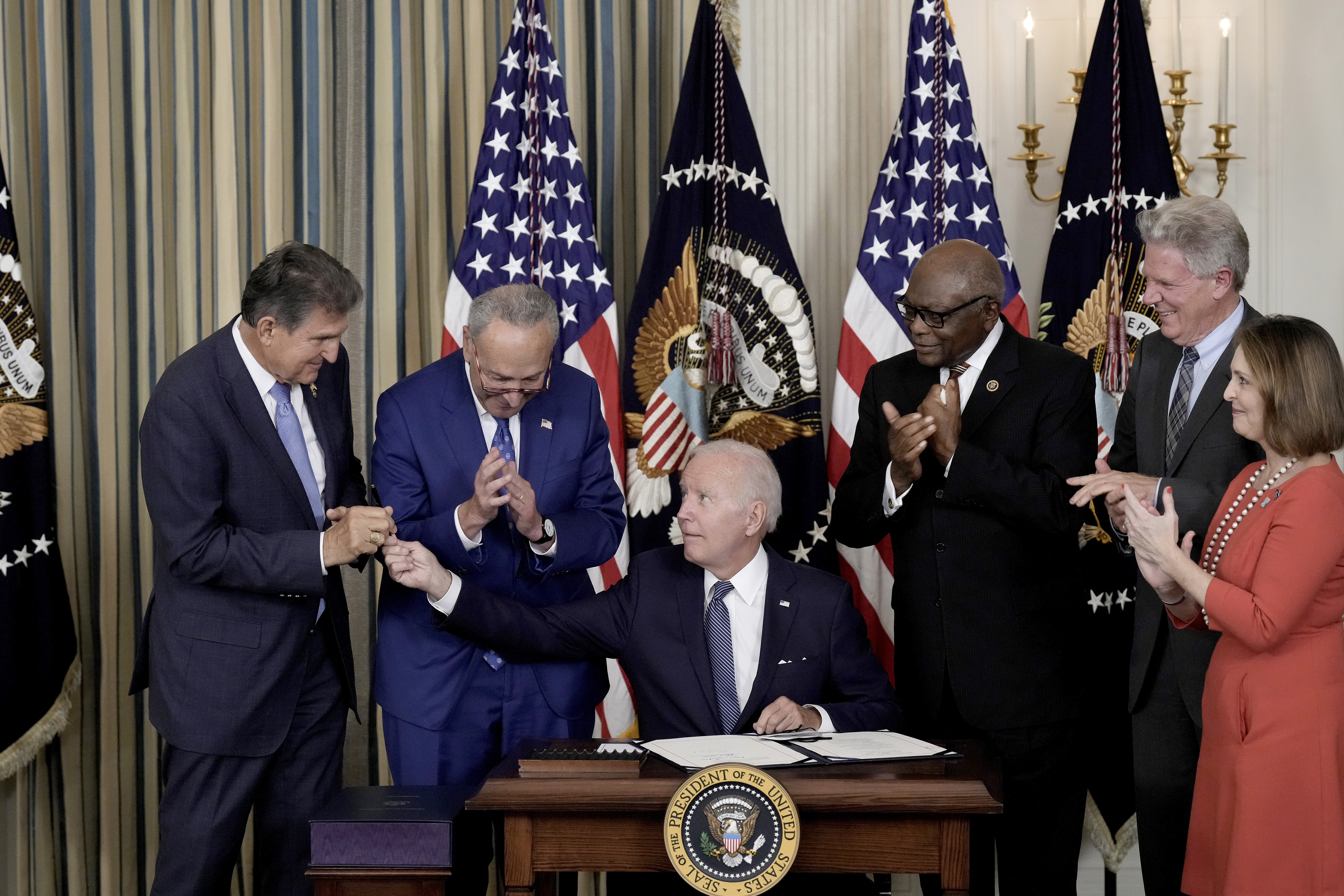 “There is no way to get more of these transmission lines without essentially nationalizing the grid,” President of the Institute for Energy Research Thomas Pyle told the DCNF. “The only way they can get renewable energy projects to work is by creating new transmission lines in places where it has been rejected over and over by voters.”

Maine voted against a large transmission project in 2021 that would have transferred electricity produced in Canada into the state due to environmental concerns, according to The Boston Globe. Under Manchin’s proposed bill, FERC would be able to use its authority to approve the project if the DOE deemed it to be of national importance.

“The proponents of net zero emissions admit that the amount of wind and solar facilities needed would require trillions of dollars of transmission lines,” Ebell said. “Senators Manchin and Schumer think that consumers should foot the bill so that investors in the climate-industrial complex can make colossal profits.”

Although some Democrats are opposing “Manchin’s dirty side deal,” Democratic Senate Majority Leader Chuck Schumer is planning to attach Manchin’s bill to the continuing resolution, a short-term spending package that must be passed by the end of September to prevent a government shutdown, according to Politico. President Joe Biden and Democratic leadership agreed in August to help Manchin pass permitting reform in exchange for his sponsoring of the Democrats’ $370 million climate spending bill.

“It would create a system where the FERC and the federal government can just put transmission lines wherever they feel like it,” Pyle stated. “The whole objective of the net-zero agenda is to have all energy decisions made at the federal level.”

FERC Commissioner Mark Christie declined to comment on the proposed legislation. Manchin’s office and the DOE did not immediately respond to the Daily Caller News Foundation’s request for comment.