The suit, filed in the U.S. District Court for the Southern District of Indiana, alleges that Biden does not have the authority to forgive more than $400 billion in student loan debt.

Biden announced in August that he would take executive action to cancel $20,000 in student loan debt for Pell Grant recipients, while forgiving $10,000 for all those earning below $125,000 per year. The Congressional Budget Office announced Monday that the plan would likely add $400 billion to the federal debt. 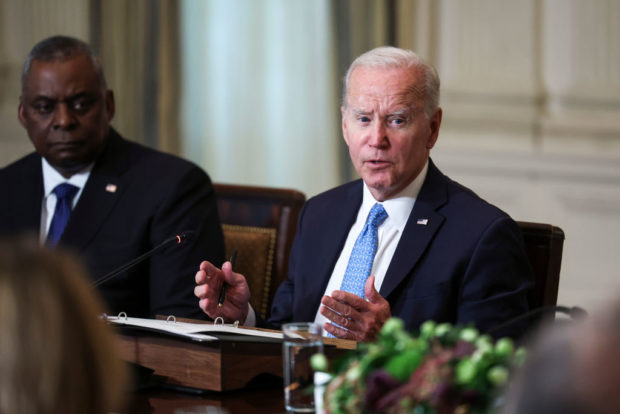 The PLF said Biden’s decision seems to have been executed in a “rushed, haphazard manner” that “certainly seems like an election year ploy.” (RELATED: ‘That Is Disingenuous’: CNBC’s Kernen Rips Student Loan Plan To Bernstein’s Face)

Republican Florida Sen. Rick Scott claimed the plan would only benefit a “small percentage of the population at the expense of millions of other hardworking Americans.”

“Those who have saved to pay for the education they chose to get, or have no debt at all because they chose a valuable career that doesn’t require a college degree, shouldn’t be on the hook to bail out folks that voluntarily took on debt and now want someone else to pay for it,” Scott said.

To cancel the debt, the Biden administration invoked the 2003 HEROES Act, which gave the executive branch the authority to help borrowers who “suffered direct economic hardship as a direct result of a war or other military operation or national emergency.”

The legislation was originally meant “to support the members of the United States military,” but the Biden administration took a broader interpretation, arguing that the COVID-19 pandemic qualifies as a “national emergency” and caused “economic hardship” to all borrowers covered by the forgiveness plan.