A grassroots initiative is sounding the alarm on a Michigan school district that plans to host a transgender awareness week in November.

Bloomfield Hills School District in Bloomfield Hills, Michigan, will observe “Transgender Awareness Week,” a time meant for advocacy regarding discrimination and prejudice against the transgender community, according to the school district observation calendar. Great Schools Initiative, a Michigan-based parental rights in education group, told the Daily Caller News Foundation that the group is considering legal action against the school district, which they believe broke the law by implementing the week. (RELATED: ‘Keep Your Politics Off My Identity’: Here’s What We Saw At Virginia Student Walkouts Over Youngkin’s Trans Policy)

“I want to emphasize that this is not about transgender individuals, we are inclusive of all people,” Great Schools Initiative spokesperson and Director of Strategic Partnerships Monica Yatooma told the DCNF. “But this is more about the topic, or the discussion, around sexuality and gender identity. Parents need to be able to have a choice to either opt into that or opt out of that. It shouldn’t be something that should be forced on people.”

Michigan law requires a Sex Education Advisory Board (SEAB) to approve every sexual education curriculum including materials, resources, program goals and objectives. The board supervisor must be either a physician, nurse or educator and the board must include parents, pupils, educators, local clergy and community health professionals.

The school district, however, allegedly did not advise the SEAB when approving the Transgender Awareness Week, Yatooma told the DCNF. Instead, the superintendent allegedly approved the week as a district observance week, which Yatooma says violates the law.

“We reached out to their school board and to their school board president,” Yatooma told the DCNF. “What he said to us was that observance calendars and the district calendar don’t go through the board. That’s something specifically done within the school district in the schools. When we asked who does it go through, we were told that it goes to the superintendent for approval. Our issue with that is that they are breaking the law by having a transgender awareness week because it’s not like ‘Holocaust Awareness Week’ or ‘Detroit Red Wings Fans Awareness Week.’ When you’re doing a Transgender Awareness Week, you’re discussing topics like sexuality, gender identity and sexuality topics in general. Anytime you discuss this topic, gender identity, gender, sexuality, it needs to go through the SEAB board.”

Transgender Awareness Week is recognized from Nov. 13 – 19 and is a week for “transgender people and their allies take action to bring attention to the community by educating the public about who transgender people are, sharing stories and experiences,” according to the website for the Gay And Lesbian Alliance Against Defamation, a LGBTQ acceptance group. Transgender Remembrance Day, a day to remember transgender activist Rita Hester who was killed in 1998, is on Nov. 20 and listed on the district’s website. 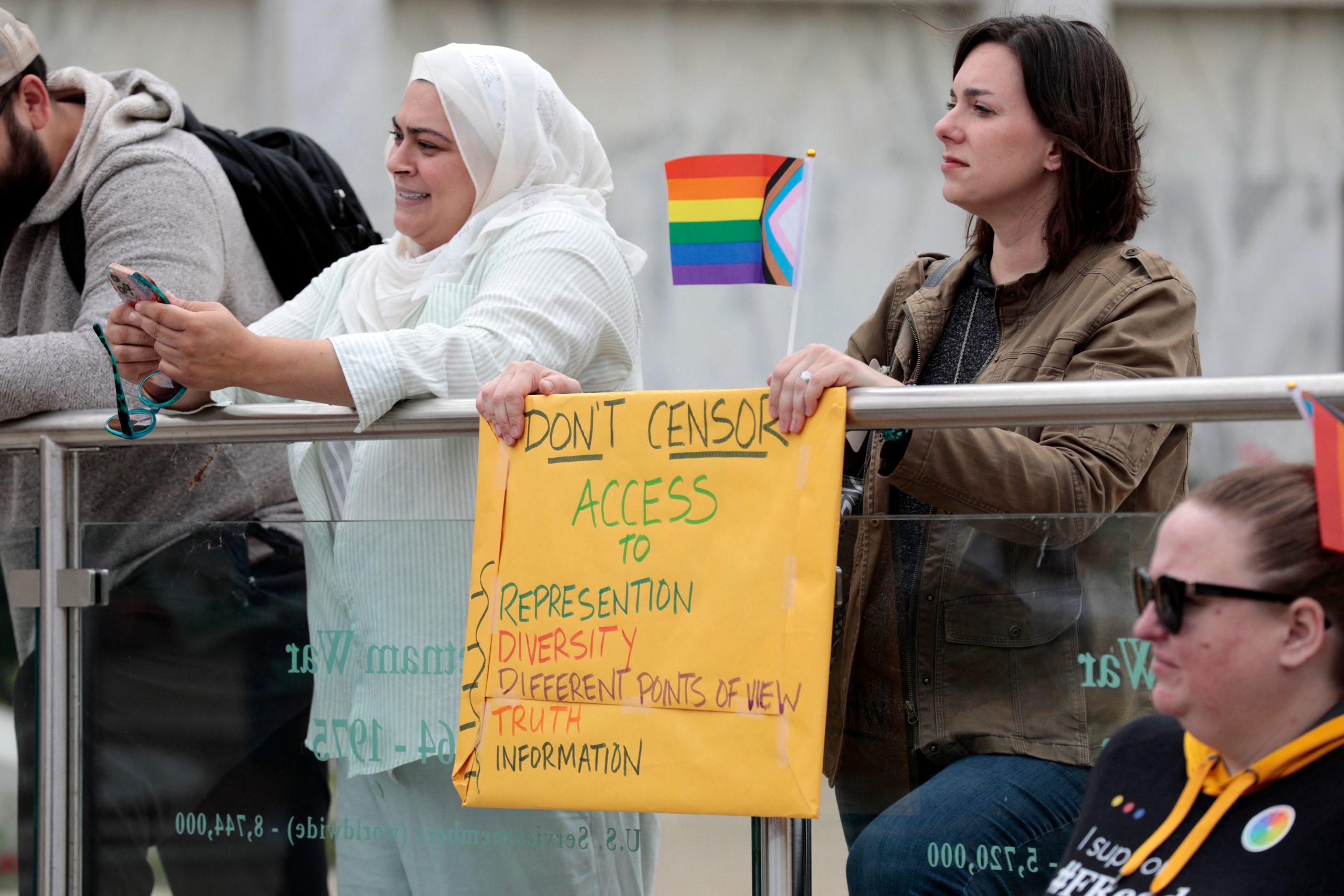 Demonstrators gather to protest against banning books outside of the Henry Ford Centennial Library in Dearborn, Michigan, on September 25, 2022.  (Photo by JEFF KOWALSKY / AFP)

To counteract the action, the Michigan chapter of Great School Initiative is promoting an “opt-out form” for parents to use to exempt their student from sexual education curriculums, Yatooma told the DCNF.

“We’ve created this form in conjunction with the Thomas More Society attorneys,” Yatooma told the DCNF. “Parents and people can go to the website and print out this form and turn it into their respective schools. Let them know that, ‘Listen, I want to opt out of everything sex related, period. Because I want to teach this to my kid at home.’ Or they also have the option to just opt out of sex education, the actual class.”

The New Jersey Department of Education announced in September that it will intervene in school districts that do not implement the state-mandated sexual education curriculum that teaches fifth graders all the ways “pregnancy can be achieved.”

“Parents need to know they have the right to opt out,” Yatooma told the DCNF. “Parents just don’t know that. If they need a resource or some guidance, they can just head over to our website. There’s a form right there for them.”

Bloomfield Hills School District did not immediately respond to the DCNF’s request for comment.