In an effort to admit “top-performing applicants,” the top 15% of students with a grade point average (GPA) of 90 or above, will be vetted first for the selective schools, according to a press release by Banks. The previous admissions policy was a random lottery that allowed underperforming students to receive admission to the screened schools, introduced during the pandemic. (RELATED: NYC Paid Teachers Millions For Failing ‘Biased’ Licensing Tests. But The Reasons Don’t Add Up)

“Six months ago, I promised that we would reform our enrollment and admissions policies and expand access to quality schools,” Banks said in a press release. “I’m grateful to all the families, educators and community members who gave their time to share feedback and helped shape improvements to this year’s process.

The admission changes come as NYC families flee the public school system; in the 2019-2020 K-12 school year enrollment declined in New York City Department of Education (NYDOE) schools by 80,707 students. Banks said the drop is a result of parents “voting with their feet.” 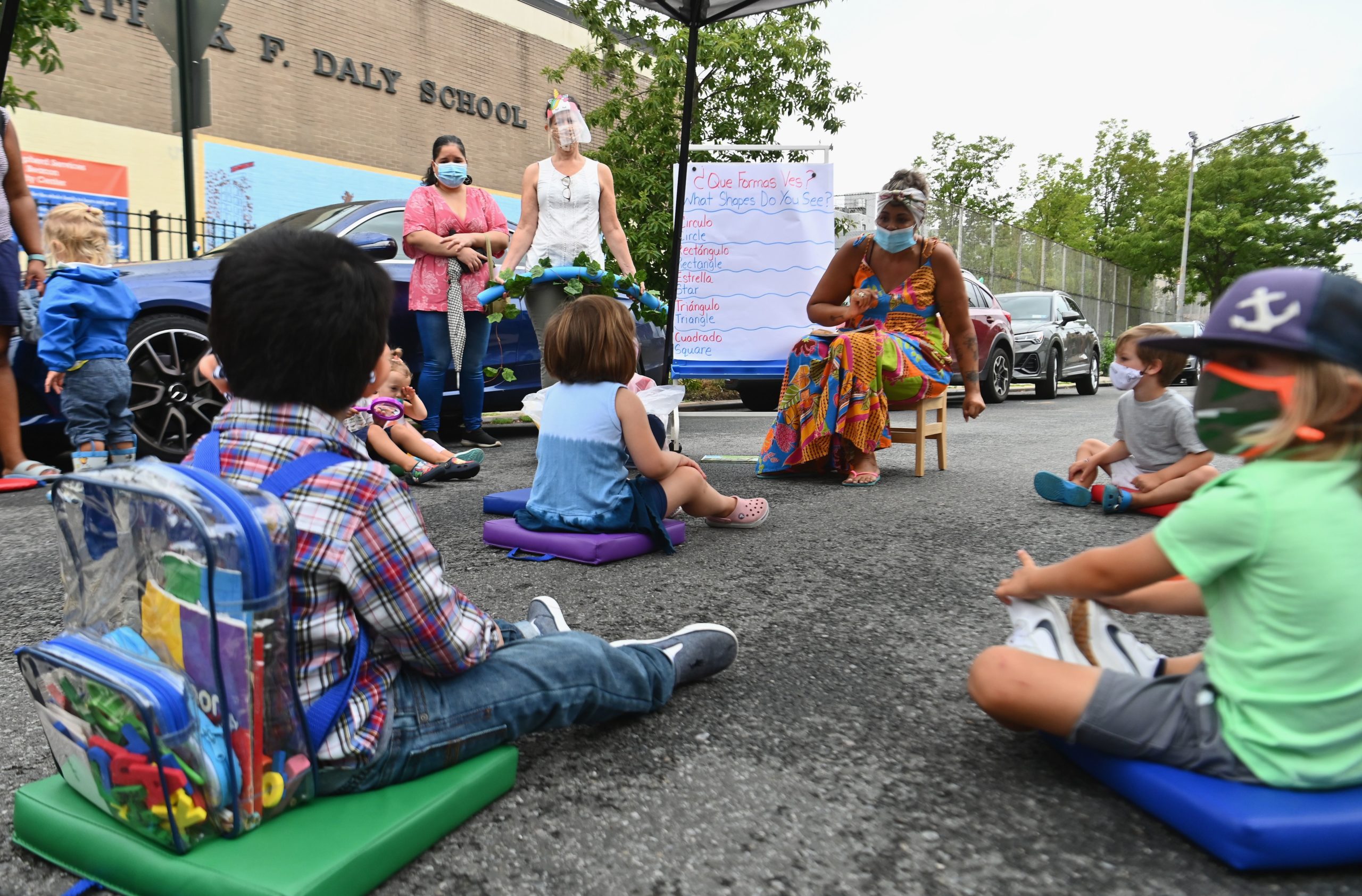 A teacher conducts a lesson with students during an outdoor learning demonstration for New York City schools in front of the Patrick F. Daly public school (P.S. 15) on September 2, 2020 in the Brooklyn borough of New York City. (Photo by Angela Weiss / AFP) (Photo by ANGELA WEISS/AFP via Getty Images)

Previously, the selective schools were criticized for being the “most segregated in the nation” due to the admissions process based on grades, the New York Times reported. For the 2021-2022 state math exam, 21% of Black students and 23% of Hispanic students passed.

In 2021, de Blasio eliminated the NYDOE’s program meant for gifted students because it was criticized for unequally benefitting white and Asian students.

NYDOE did not immediately respond to the Daily Caller News Foundation’s request for comment.