Opponents of Arizona’s school choice program, which provides state funds to students to attend schools outside of the public school system, failed to collect enough signatures to place the issue on the general election ballot, according to a Friday statement by Arizona Secretary of State Katie Hobbs.

Save Our Schools Arizona, an organization that advocates for public schools, was unable to collect the required 118,823 signatures needed to put the state’s new school-choice program on the 2024 ballot, according to Hobbs. The school-choice program was signed into law in July, offering students the opportunity to receive funding for private and charter schools.

“The Secretary of State’s office has reviewed the petitions our campaign turned in and has determined we fell short of the minimum signature threshold required to stop universal voucher expansion,” Save Our Schools said in a statement. “Though our estimated signature count was much higher, the discrepancy was influenced by several factors, including the incredibly high volume of returns of petitions in the final week, days and hours of the campaign.” 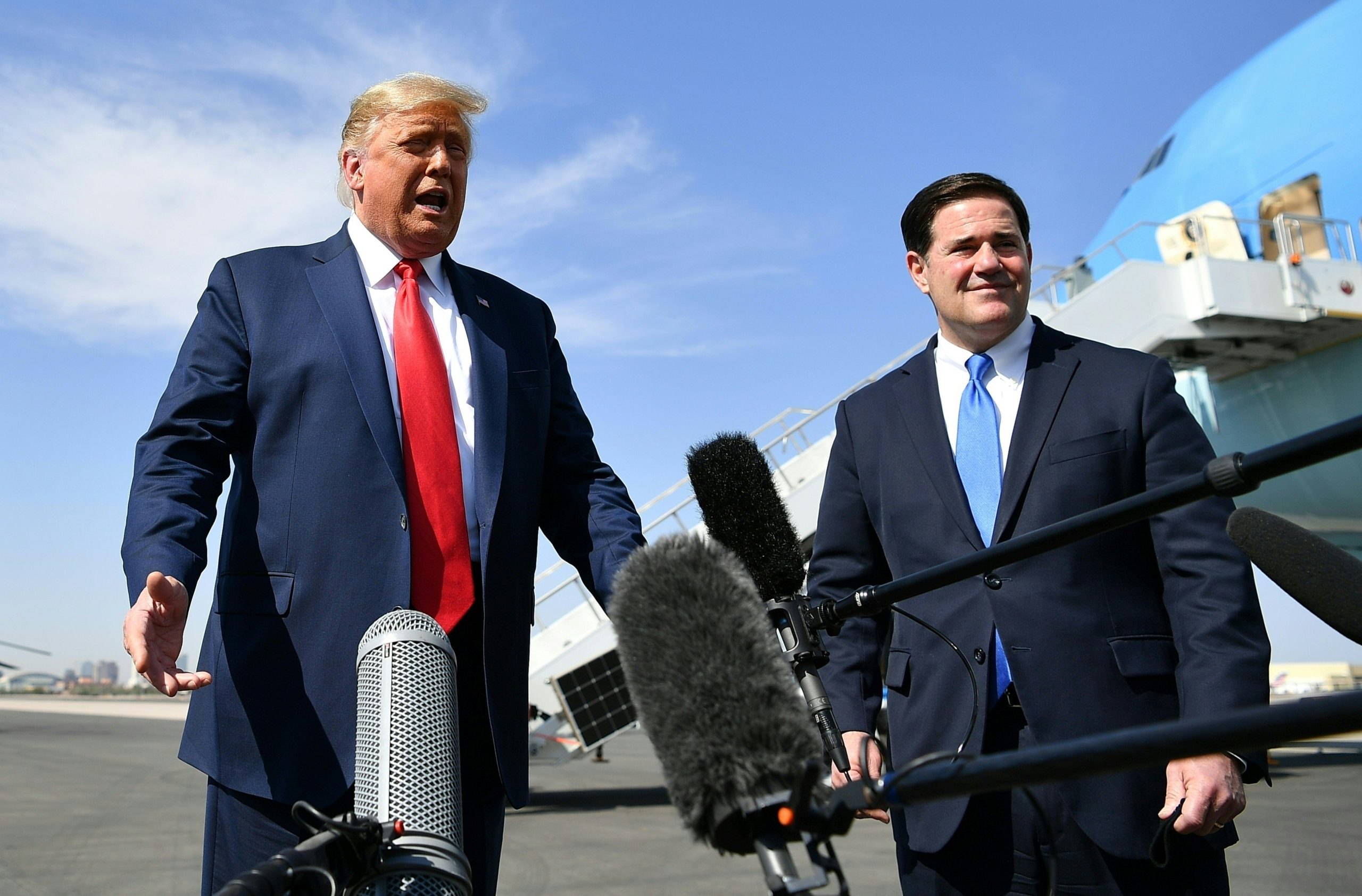 US President Donald Trump speaks to members of the media as Governor of Arizona Doug Ducey (R) looks on, upon arrival at Phoenix Sky Harbor International Airport in Phoenix, Arizona on October 19, 2020. (Photo by MANDEL NGAN/AFP via Getty Images)

Despite turning in more than 140,000 signatures, the effort by Save Our Schools failed because there were not enough legal and completed signatures, Hobb’s statement said.

Arizona’s new school choice program is the widest in the nation, as 1.1 million students are now eligible for vouchers to attend any private and charter school of their choosing. Approximately 100,000 students being homeschooled or attending private institutions can apply to receive vouchers of $7,000 to put towards their education.

Due to the high volume of applicants for the school vouchers, the deadline to apply has been extended to Oct. 15, according to the Arizona Department of Education’s website.

“This is a monumental moment for all of Arizona’s students. Our kids will no longer be locked in under-performing schools. Today, we’re unlocking a whole new world of opportunity for them and their parents,” Arizona Republican Gov. Doug Ducey said in a July press release. “With this legislation, Arizona cements itself as the top state for school choice and as the first state in the nation to offer all families the option to choose the school setting that works best for them.”

The Arizona Department of Education and Save Our Schools did not immediately respond to the Daily Caller News Foundation’s request for comment.