Woods told the Department of Energy (DOE) in a letter that oil and gas producers should avoid curbing exports and stockpiling fuel, according to the WSJ which cited a letter sent by Exxon. Exxon claimed that cutting exports would not help the Northeast’s fuel shortages because it would force Gulf Coast refineries to slow their operations, which would reduce fuel supplies and raise gas prices. (RELATED: Biden Admin Names White House Chief Of Staff’s Wife As Ambassador For Plants And Animals)

However, portions of the country have fuel stockpiles that are near unacceptable five-year lows during hurricane season, a DOE spokesperson told the Daily Caller News Foundation. President Joe Biden also said that the production of at least 190,000 barrels of oil a day had been impacted by Hurricane Ian during a speech on Wednesday.

“As international events also continue to impact domestic energy markets, the administration has impressed upon the oil and gas industry that it must do more to ensure fair prices and adequate supply for all Americans, while meeting the needs of our allies, ” the DOE spokesperson said.

U.S. stocks of distillate products like diesel and heating oil have dropped significantly since the beginning of 2021 and are at particularly low levels in New England, according to the Energy Information Administration (EIA). Crude oil stocks also fell by 200,000 barrels and gasoline inventories declined by 2.4 million barrels during the week that ended on Sept. 23, according to EIA data released on Wednesday

Woods claimed that Exxon would be able to address supply disruptions without prompting from the government by moving fuel from its facilities in the Midwest to the Northeast, according to the WSJ. 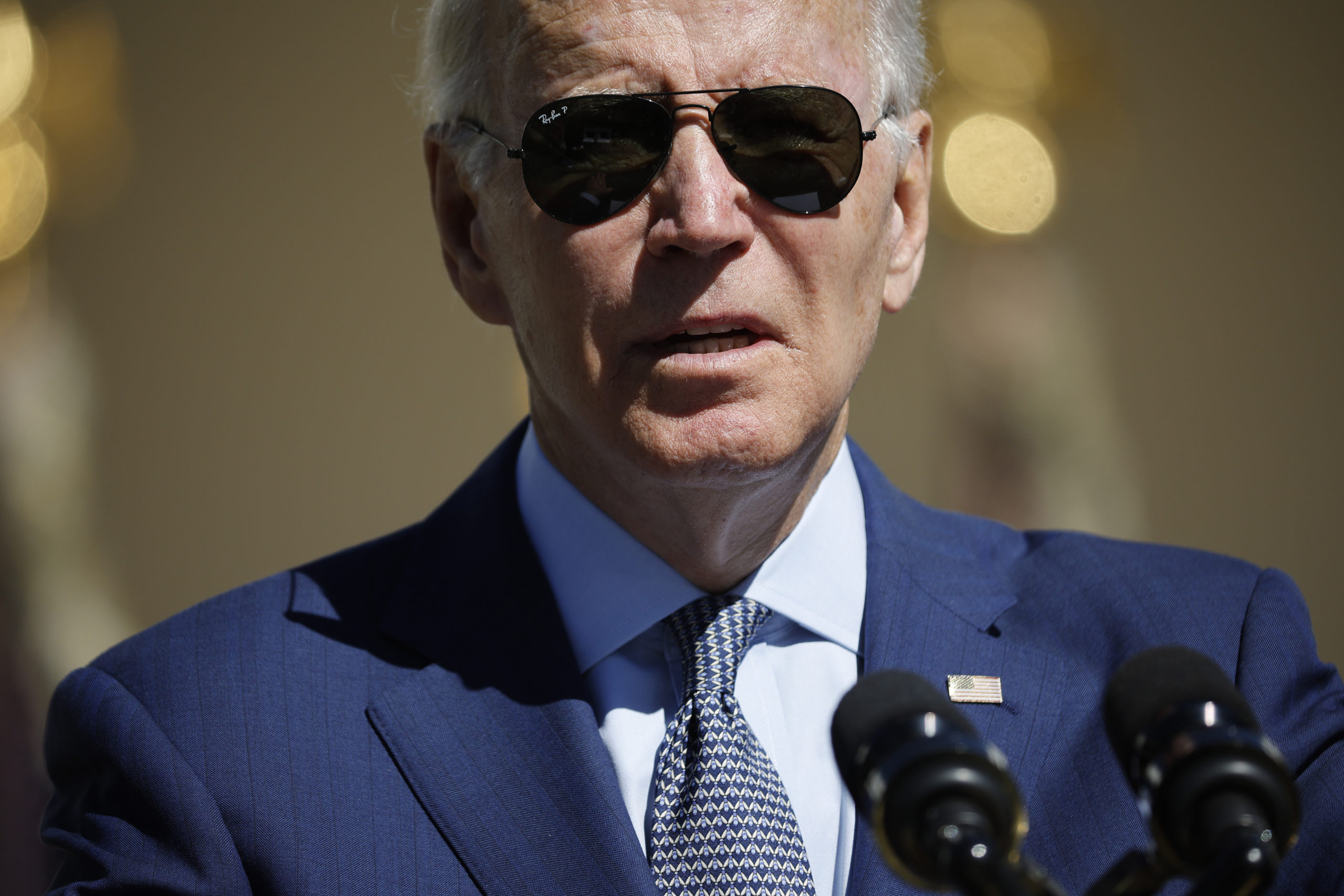 WASHINGTON, DC – SEPTEMBER 28: U.S. President Joe Biden and first lady Jill Biden celebrate the 1990 passage of the Americans with Disabilities Act in the Rose Garden at the White House on September 28, 2022 in Washington, DC. (Photo by Chip Somodevilla/Getty Images)

Biden announced in March that U.S. energy firms would increase liquefied natural gas deliveries to help address Europe’s fuel shortages that are being exacerbated by Russia’s invasion of Ukraine. However, Energy Secretary Jennifer Granholm in August threatened to use “emergency measures” to compel oil companies to limit exports and address the historically low levels of refined petroleum products in regions like New England.

Prices at the pump began rising again on Sept. 21 after falling for nearly 100 days straight; moreover, the average national gas price on Friday is $0.62 higher than it was in September 2021, according to AAA data.

Exxon did not immediately respond to the DCNF’s request for comment.