Antisemitism is infiltrating school districts across the nation with help from curriculums and teachers unions, experts told the Daily Caller News Foundation.

Through ethnic studies curriculums, such as the Liberated Ethnic Studies Curriculum Consortium, and teachers unions, antisemitism is being fostered in school districts, experts told the DCNF. As antisemitism infiltrates schools it leads to harassment and discrimination that administrations often fail to address, the experts said. (RELATED: Biden Admin To Investigate Vermont University For Alleged Antisemitism)

“Teachers, unions and even local school boards have fueled the hatred through silence, appeasement and misinformation,” Luke Moon, deputy director of the Philos Project, a group focused on Christian engagement in the Middle East, told the DCNF. “Cultural trends in social media, such as TikTok, praise participants to hate Jews and spread Nazi symbols as a fad. This has led us to youth in America leading the charge in violence and vandalism against Jews.”

The Liberated Ethnic Studies Curriculum Consortium was created by Ethnic Studies scholars and practitioners to “develop a program and process” for ethnic studies courses that focus on “racialized groups,” the consortium website stated. Founded in 2020, the consortium focuses on teaching about anti-racism and Palestinian history.

The consortium called Zionism a “nationalist, colonial ideology” that is creating Israel, according to the website. The site calls the Anti-Defamation League and the Jewish Community Resource Council “active Zionist organizations” which fight “authentic anti-racist curriculum.”

In 2021, Democratic California Gov. Gavin Newsom signed AB 101 into law, making ethnic studies a mandatory requirement for high school graduates by 2025. More than 3,000 Californians petitioned to veto the bill, saying it was filled with “activism” and “harmful to Jewish kids.”

Under the law, several schools began to use the Liberated Ethnic Studies Curriculum; the consortium and the Los Angeles Unified School District were sued in May 2022 for adopting the curriculum, which opponents said segregates Jewish students through “rank discrimination.” The curriculum, the lawsuit alleged, is “anti-Zionist” and will “foster a toxic climate for Jewish and pro-Israel students and foment harm against them.”

The Napa Valley Unified School District board in Napa, California, approved a nearly $40,000 contract with Liberated Ethnic Studies in April 2022, according to the Jewish News. A month later, the school canceled its contract following backlash from the Jewish community of the curriculum’s connections to antisemitism.

A $82,560 contract with Liberated Ethnic Studies Curriculum was unanimously approved by the Castro Valley School Board in Castro Valley, California, in January 2022, the Jewish News reported. A Jewish leader told the outlet the partnership is a “contract with antisemitic providers.”

In June 2021, Hayward Unified School District in Hayward, California, approved the implementation of Liberated Ethnic Studies curriculum starting in preschool, according to a school press release.

“The left and the right both ignore antisemitism on their own side and as a result they allow it to fester,” Moon told the DCNF. “Antisemitism has morphed and formed to what we see today through a failure to educate in our classrooms on key components of history. Antisemitism is often hidden under the guise of so-called social justice, Holocaust denial and racism.” 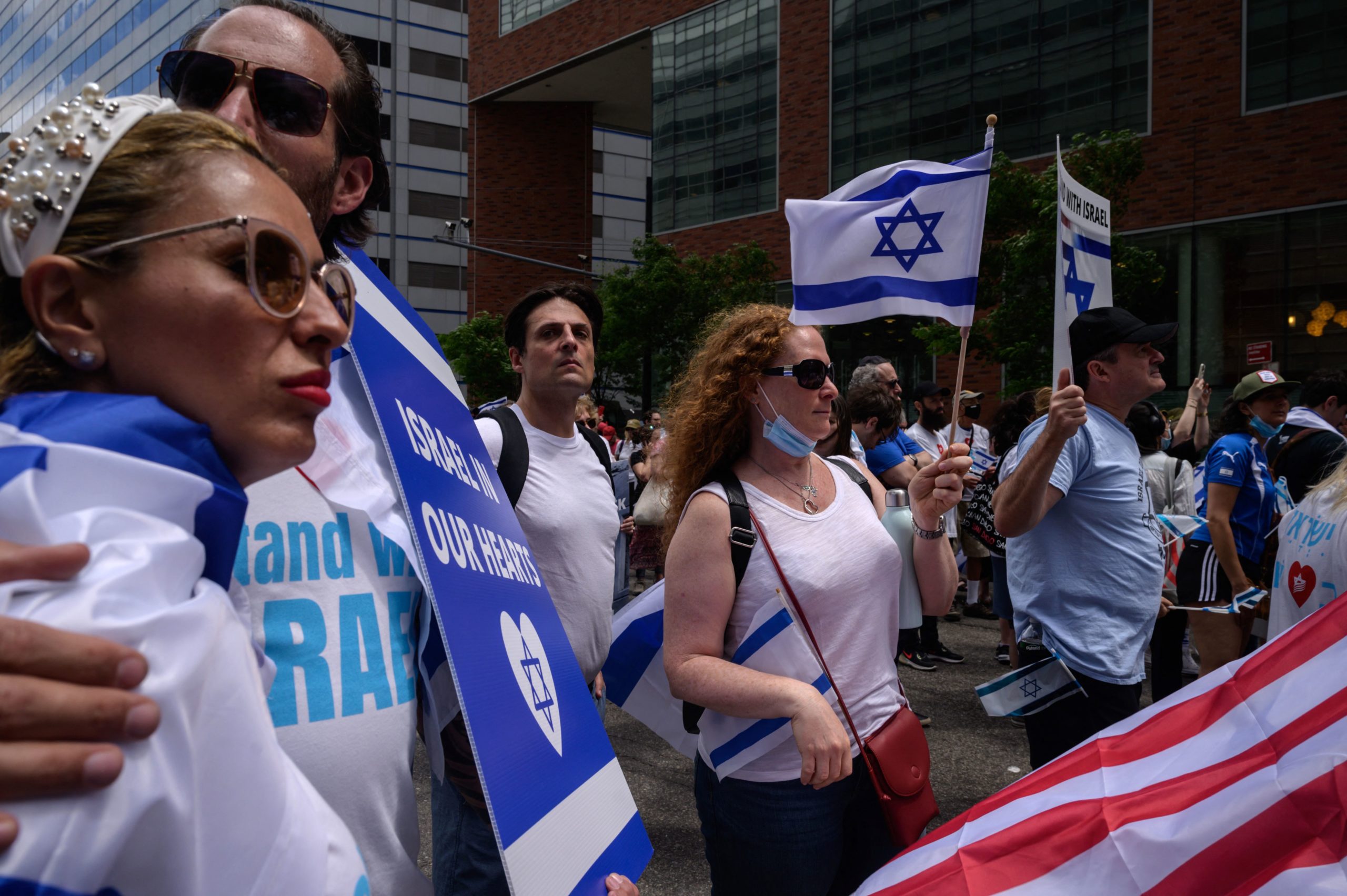 While curriculums push antisemitism, teachers unions allow it to infiltrate schools as well; the United Educators of San Francisco became the first K-12 teachers union to endorse Boycott, Divestment and Sanctions (BDS) in May 2021, a pro-Palestinian movement focused on sanctions against Israel, according to the Sun Sentinel.

The Seattle Education Association followed, passing a resolution in June 2021 to endorse BDS and announce unification with Palestine, according to Palestinian BDS National Committee. The United Teachers Los Angeles considered a resolution to voice support of BDS and opposition to Israel in September 2021, according to the Jewish Insider.

American Federation of Teachers President Randi Weingarten did not speak out against the endorsement of antisemitism from the union chapters after CEO and national director of the Anti-Defamation League Jonathan Greenblatt expressed concern to Weingarten over the resolution by the Seattle Education Association.

In an interview with the Jewish Telegraphic Agency in April 2021, Weingarten rejected criticism directed at teachers unions from the Jewish community.

“American Jews are now part of the ownership class,” Weingarten told the outlet. “What I hear when I hear that question is that those who are in the ownership class now want to take that ladder of opportunity away from those who do not have it. Am I saying that everything we do is right? No. Are people in Los Angeles fearful? Yes.”

Affinity groups, meant to separate people based on race, gender and religious affiliation, were created at Brentwood School in Los Angeles, California, to weigh in on a curriculum for the school being created by the Office of Equity and Inclusion. When several Jewish parents tried to create a group, the school allegedly blocked them from doing so.

Jewish parents raised concerns about the curriculum at Brentwood School set to be grounded in diversity, equity and inclusion, because they said it was based in “racially divisive and antisemitic ideology.” As a consequence of voicing his concerns, one parent’s daughter was kicked out of school, leading him to file a July 2022 lawsuit.

“We are seeing a genuine pandemic of antisemitic rhetoric and incitement across the nation that is emerging from a progressive narrative being pushed via unions, diversity, equity and inclusion, and other woke networks,” American Center for Law and Justice Executive Director Jordan Sekulow told the DCNF. “They are promoting modern blood libels in which Jews as individuals and as a culture and Israel, the one and only Jewish State are the world’s great ‘oppressors’ and the single worst cause of the world’s problems. Jews are being bullied and abused by teachers in class and excluded from campus groups. The horrible irony is that Jews actually comprise the single most victimized minority group in America.”

As antisemitism infiltrates high schools, little action is being taken to stop it; an investigation by the U.S. Department of Education Office of Civil Rights (OCR) in August 2022 found that Kyrene School District #28 in Tempe, Arizona, allowed a student to suffer five months of antisemitic harassment despite knowing about the discrimination taking place.

“Antisemitism has been downgraded as a form of prejudice in these progressive ideological circles,” Jewish Institute for Liberal Values Founder David Bernstein told the DCNF. “Often if somebody raises antisemitism in a workplace or at school, they’re accused of de-centering anti-blackness. This intimidates people into silence and dissuades schools and institutions from taking antisemitism seriously.”