Europeans are being told to shower together and stop using hot water to save energy as their nations become increasingly burdened with rampant fuel shortages ahead of winter.

Electricity prices across Europe are skyrocketing due to natural gas shortages which are forcing governments and citizens to undertake drastic measures to save energy. Europeans are being urged to shower together, appoint energy-saving officers, turn off hot water taps and cook pasta with the stove off curb energy consumption.

Switzerland’s Environment Minister Simonetta Sommaruga told citizens on Sept 1. to shower together to save energy as the country must cut power usage by 15% in order to avoid winter blackouts, The Times reported. Sommaruga later stated that she only intended to advise young people to shower together after she was mocked for her comments, according to The Times.

The Swiss government began encouraging citizens to save energy in their homes on Aug. 31 as the country is dependent on Russian gas imports which are experiencing serious disruptions, according to the Swiss Federal Office of Energy. Switzerland encouraged citizens to turn down their thermostats to 19 degrees Celsius (66.2 degrees Fahrenheit) and keep water heaters no higher than 140 degrees Fahrenheit, according to the Energy Office.

Although such measures are currently voluntary, the nation may resort to more extreme actions to conserve energy and avoid causing rolling four-hour regional blackouts if energy shortages become even more severe, according to Reuters.

Germany instituted energy-saving laws on Sept. 1 that force public buildings to turn off water heaters that are used to supply hot water to wash hands unless the heater is located in a hospital or school, according to Deutsche Welle. Green Party member and Prime Minister of Baden-Württemberg Winfried Kretschmann also recommended on Aug. 18 that Germans use washcloths to clean themselves rather than taking cold showers during an interview with Südwest Presse.

“You don’t have to shower all the time… the washcloth is also a useful invention,” the German minister told Südwest Presse. 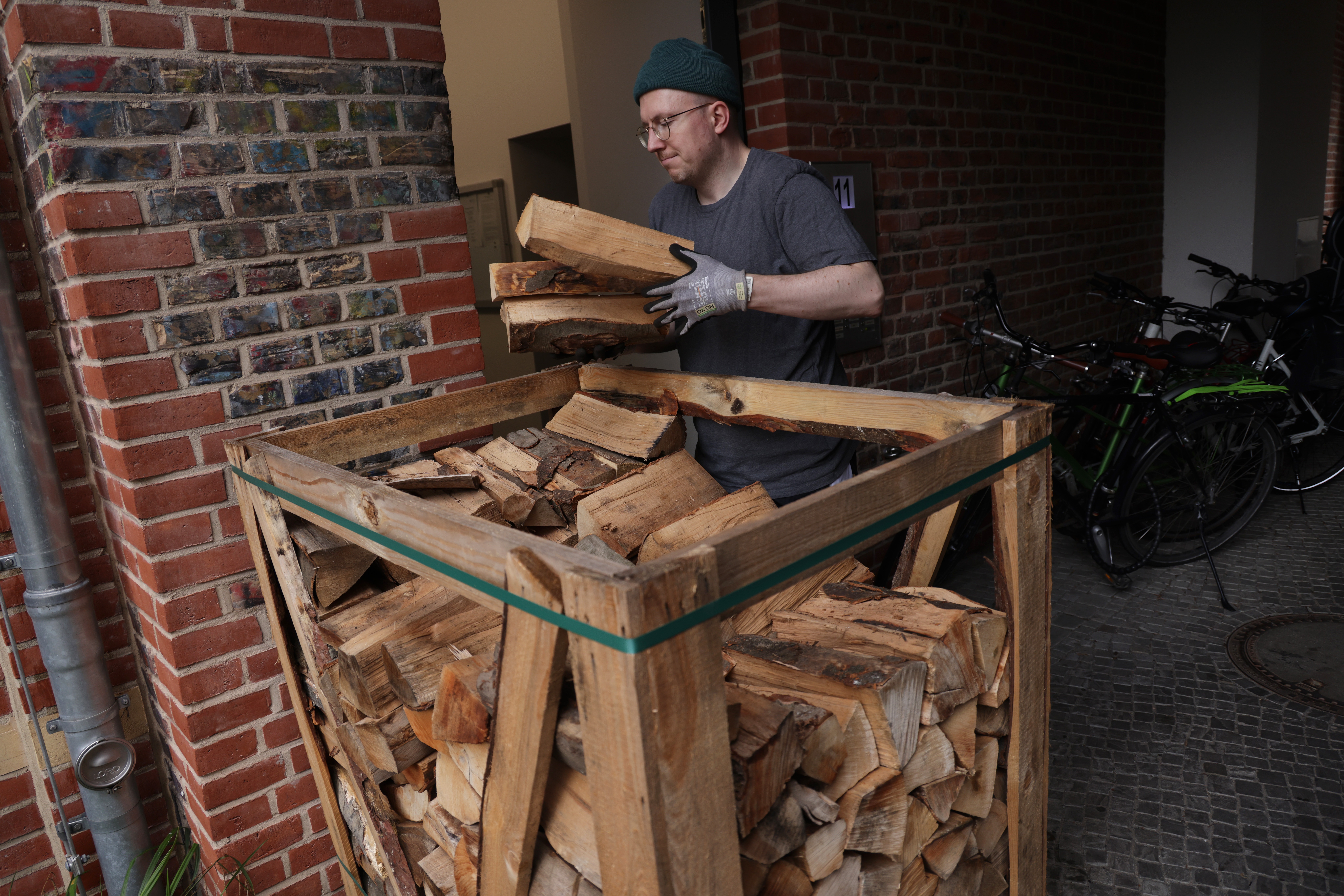 BERLIN, GERMANY – SEPTEMBER 20: A resident carries firewood he ordered up to his apartment in the city center on September 20, 2022 in Berlin, Germany. (Photo by Sean Gallup/Getty Images)

French Prime Minister Élisabeth Borne told businesses in late August to appoint an “ambassador of energy sobriety” and present their energy-saving plans to the government, according to The New York Times. Borne said businesses would have to cut their energy use by 10% lest they be forced by the government to ration gas and electricity.

France will spend over $44 million to cap increases in natural gas and electricity prices at 15% to help bring down household utility costs as well as inflation, according to Reuters.

Europe faces the “unprecedented risk” of experiencing severe natural gas shortages this winter as it will have to compete with Asia to acquire more liquefied natural gas to fill supply gaps caused by Russian gas cuts, according to an International Energy Agency (IEA) report released Monday. European households would have to turn down their heaters and reduce overall energy consumption by 13% to avoid threatening the “security of gas supply” if Russia were to completely halt gas exports to Europe.

Georgio Parisi, an Italian physicist and Nobel Prize winner, encouraged Italians on Facebook took cook pasta without using too much gas, claiming that it can still be cooked properly if one turns off the gas after bringing the water to a boil. Parisi also said that Italians can cook their pasta on low heat in a pot with the lid on to save as much energy as possible.

Unione Italian Food, a leading Italian pasta producers association, said in late May that the “passive cooking” method could save up to 47% of the gas normally consumed by the traditional cooking method, according to a news release.

The European Union (EU) imported 155 billion cubic meters of Russian natural gas in 2021, accounting for roughly 45% of EU gas imports and nearly 40% of its total gas consumption, according to the IEA. The fuel accounted for 24% of EU electricity production in 2020, according to Eurostat.

The Swiss Federal Office for the Environment, the German Ministry for Economic Affairs and Climate Action and the French Ministry of Ecological Transition did not immediately respond to the Daily Caller News Foundation’s request for comment.