In the now-deleted story, Ye wrote that “everyone knows  that Black Lives Matter was a scam. Now it’s over. You’re welcome.” In a similar font, Ye also posted an image to his page that read “When I said war, I meant war,” in all capitalized letters. 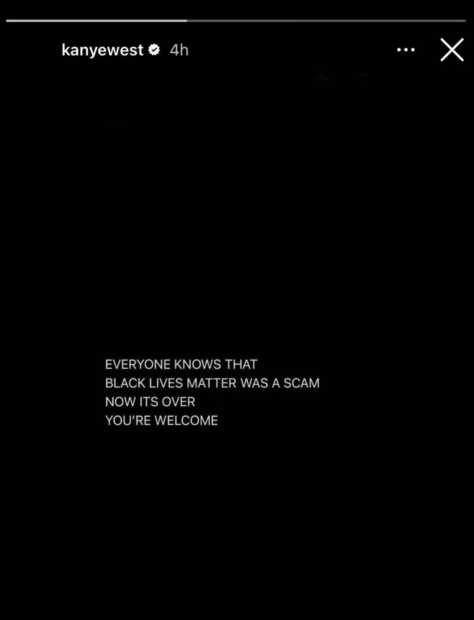 The posts come just one day after Ye stunned his fans by wearing a “White Lives Matter” shirt to his Yeezy fashion show. He was joined at the show by political commentator Candace Owens, who shared her own image from the event alongside Ye. 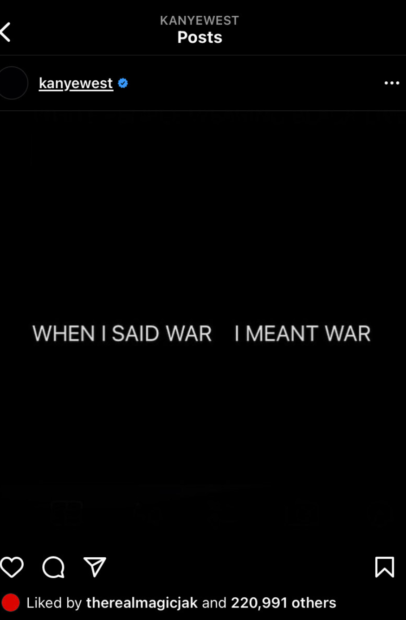 Along side his attack of BLM on Tuesday, Kanye took to trolling Vogue editor Gabriella Karefa-Johnson, who called Ye wearing his “White Lives Matter” a form of “indefensible behavior,” commenting on her Instagram story that his show was “bullsh*t.”

Johnson referred to the shirts as “W*** Lives Matter,” in her own story, as seen in the screenshots below. (RELATED: ‘Greatest Scam In Modern American History’: Daily Caller Reporter Kay Smythe Slams BLM) 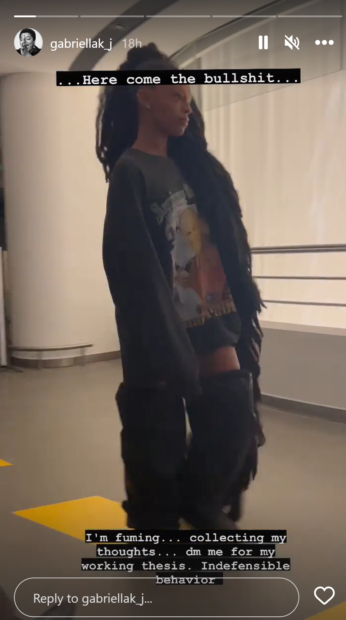 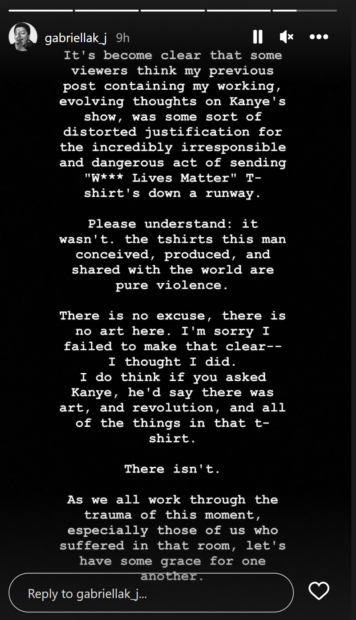 Ye’s response was to post photographs of Johnson in a particularly brutal outfit, captioning the post, “this is not a fashion person[.] You speak on Ye Ima speak on you Ask Trevor Noah.” He also shared a close-up shot of Johnson’s boots with the caption, “I KNOOOOOOW ANNA HAAAATES THESE BOOTS,” seemingly in reference to Vogue’s editor in chief, Anna Wintour.