Republican Florida Gov. Ron DeSantis and other Republican candidates in the state are expected to win their upcoming races by wide margins in a November blowout, according to a new poll.

DeSantis has an 11-point lead over Democratic gubernatorial candidate Charlie Crist, and all three Republican Cabinet candidates lead their Democratic rivals by double-digit margins, according to a Wednesday Mason-Dixon Polling & Strategy poll published by Politico. The expected Republican sweep reflects rapidly changing politics in the state, which has move from purple to solidly red in recent years.

Florida, which has long been considered a swing state, became increasingly conservative under DeSantis’ leadership: Republicans surpassed Democrats in voter registration for the first time in history there in 2021 and went on to exceed Democrats by 100,000 registered voters. DeSantis attributed the state’s red wave to residents fleeing COVID-19 restrictions and high crime; people have always moved to Florida for its low taxes, but the new influx of residents from other states were driven by left-wing policies impacting quality of life, he argued. (RELATED: ‘We Rejected The Elites’: DeSantis Touts Policy Victories In Fiery Speech) 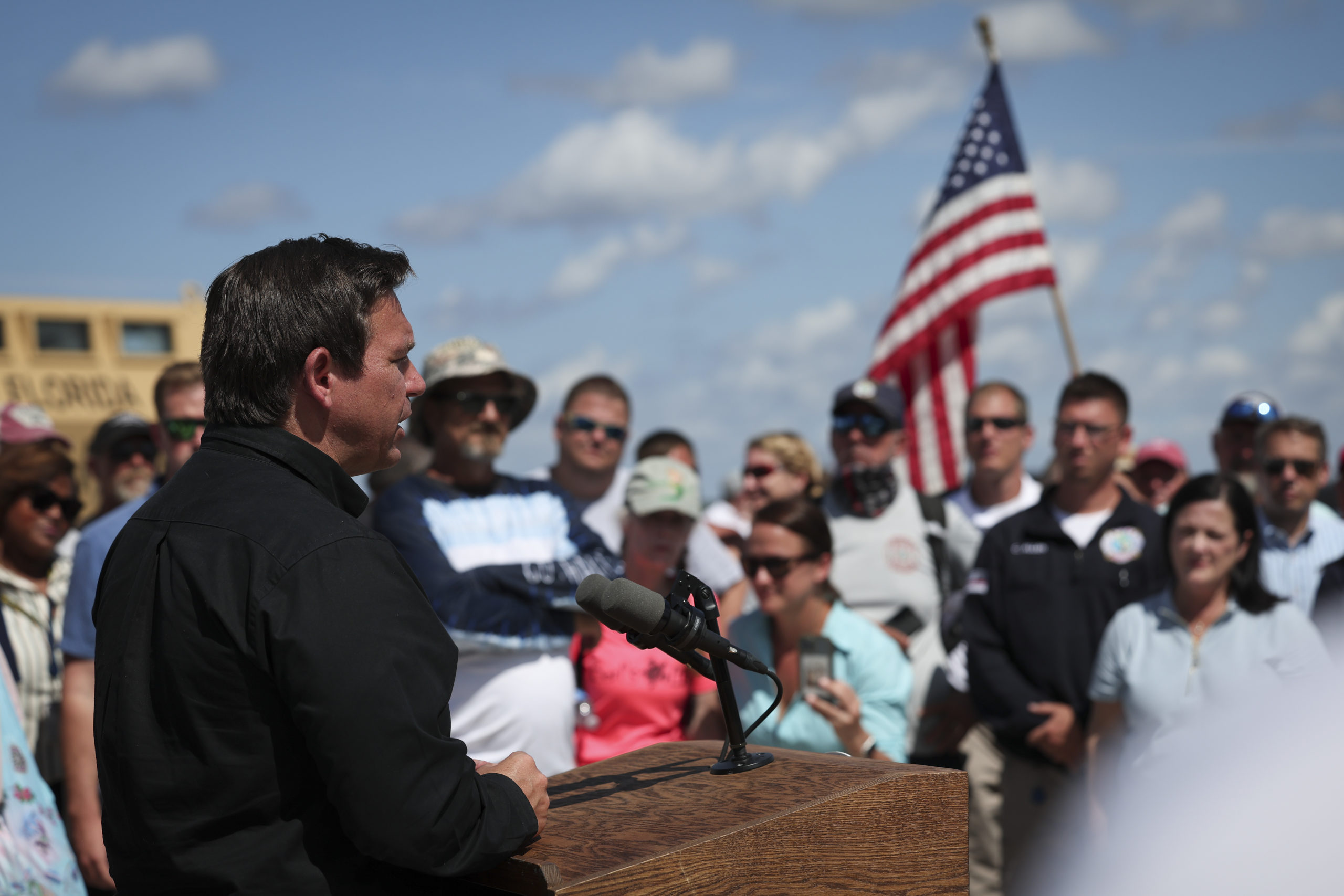 OCTOBER 05: Florida Gov. Ron DeSantis speaks during a press conference on the island of Matlacha on October 05, 2022 in Matlacha Florida. DeSantis delivered remarks about the completion of a temporary bridge to reconnect the island, and Pine Island as well, to the mainland. (Photo by Win McNamee/Getty Images)

The wide margins in favor of Republicans are a sea change from pre-pandemic Florida politics. DeSantis only beat his opponent, former Democratic Tallahassee Mayor Andrew Gillum, by 0.4% of the vote in 2018, and former Republican Gov. Rick Scott only beat Crist by about 1% in 2014.

The poll surveyed 800 registered and likely Florida voters between Sept. 26 and 28 — just as Hurricane Ian approached the state — with a 3.5-point margin of error, according to Florida Politics.

The DeSantis campaign did not immediately respond to the Daily Caller News Foundation’s request for comment.