The Biden administration changed its mind on a critical oil issue in one day as it walked back previous comments from White House press secretary Karine Jean-Pierre.

A White House statement released Wednesday said Biden will “continue to direct releases from the [strategic petroleum reserve] as appropriate.”

Tuesday afternoon, Jean-Pierre said, “we’re not going to be considering new releases at this time.”

In March, Biden ordered the release of 1 million barrels of crude oil a day — 180 million — in an attempt to fight record-breaking gas and oil prices. Now the strategic petroleum reserve has been depleted from 640 million barrels to less than 450 million barrels, Forbes reported in September — its lowest level since 1984.

The president visited Saudi Arabia to plead with Crown Prince Mohammed bin Salman, one of the leaders of OPEC, to increase oil production in a bid to lower skyrocketing gasoline prices.

Jean-Pierre called Saudi Arabia’s involvement in the OPEC+ decision one of “self interest” and a “mistake.” 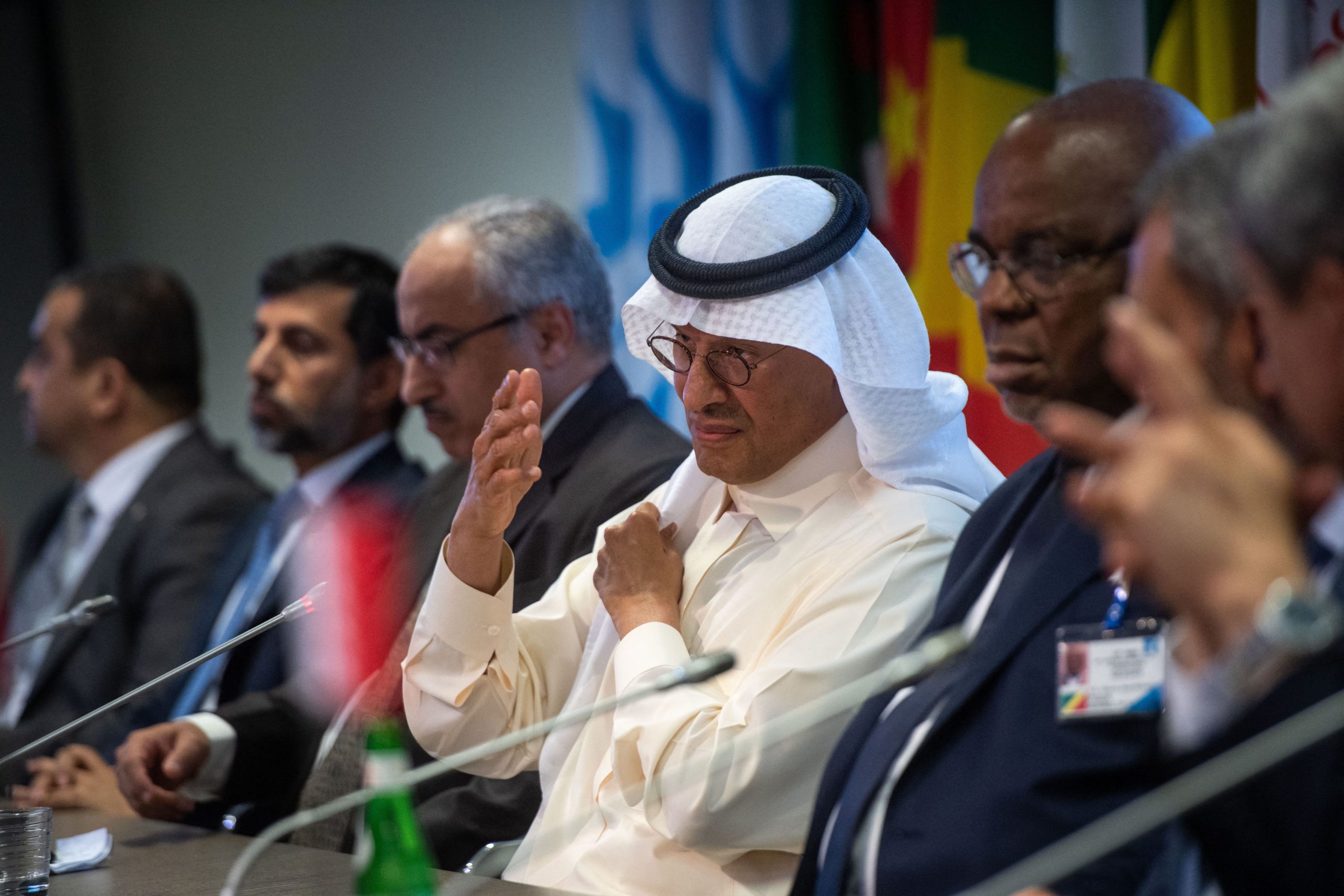 Saudi Arabia’s Minister of Energy Abdulaziz bin Salman speaks during a press conference after the 45th Joint Ministerial Monitoring Committee and the 33rd OPEC and non-OPEC Ministerial Meeting in Vienna, Austria, on October 5, 2022. – The OPEC+ oil cartel meets for the first time face-to-face since Covid curbs were introduced in 2020. (Photo by VLADIMIR SIMICEK/AFP via Getty Images)

Going against the White House’s efforts, OPEC+ oil ministers said they chose to cut “in light of the uncertainty that surrounds the global economic and oil market outlooks,” CNN reported.

White House officials were “panicking” over OPEC’s potential cut, as gas prices have started to rise again less than a month away from the midterms, according to the outlet.

OPEC’s decision to “cut production quotas is short sighted while the global economy is dealing with the continued negative impact of Putin’s invasion of Ukraine,” Jean-Pierre said in a press briefing Wednesday, saying the likely impact will primarily hit low- and middle-income countries.

Biden told CNN White House correspondent Arlette Saenz that he was “concerned” about the cuts, calling them “unnecessary,” while White House officials say Biden is “disappointed” and will “consult Congress on additional tools and authorities to reduce OPEC’s control over energy prices.”