CORRECTION: A previous version of this story mistakenly referred to the hedge fund Citadel as Citadel Securities. It has since been corrected.

Several massive corporations are moving out of Chicago amid the city’s long-running struggle with violent crime.

Tyson Foods announced its plan Wednesday to exit Chicago for Arkansas, joining a string of large companies leaving the Windy City in the past year. The corporate exodus coincides with rising crime rates over the past two years.

Chicago saw a 40% increase in crime from 2021 to 2022, including a 56% increase in sexual assault reports, a 15% increase in robberies, a 52% increase in thefts and a 132% increase in motor vehicle thefts. Last weekend alone, 34 people were shot in Chicago; in several other weekends this year the number has been higher than 50.

“We believe it’s in the best strategic interest of the company to make this move, which supports Caterpillar’s strategy for profitable growth as we help our customers build a better, more sustainable world,” Chairman and CEO Jim Umpleby said in a press release. (RELATED: Desperate Blue City To Hire Civilians Amid Police Shortage, Violent Crime Spike) 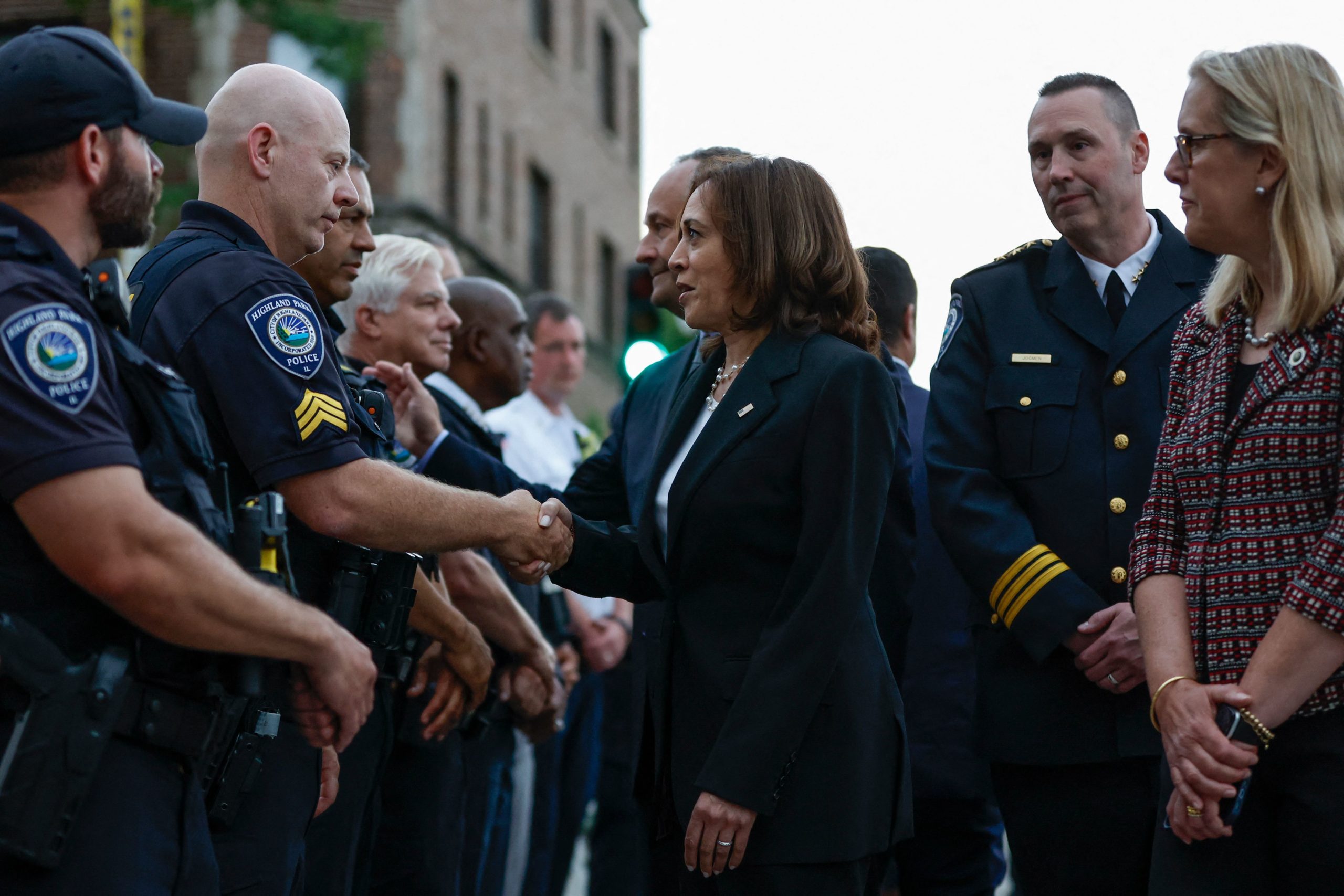 US Vice President Kamala Harris accompanied by Second Gentleman Doug Emhoff and Highland Park Mayor Nancy Rotering (R), talks with police officers during a surprise visit to the site of a shooting that left seven people dead in Highland Park, Illinois, on July 5, 2022. (Photo by KAMIL KRZACZYNSKI/AFP via Getty Images)

While most of the corporations didn’t mention crime when announcing their plans to leave, McDonald’s CEO Chris Kempczinski raised eyebrows for a recent speech about the crisis of crime in Chicago, where the corporation’s headquarters are located. He pointed to drug abuse, violent crime and homelessness as business challenges that made it difficult for companies to attract talent.

“There is a general sense out there that our city is in crisis,” Kempczinski said in a September speech, according to Fox Business. “The fact is that there are fewer large companies headquartered in Chicago this year than last year. There are fewer this month than last month … truth is, it’s more difficult for me to recruit a new employee to McDonald’s to join us in Chicago than it was in the past.”

The City of Chicago did not respond to the Daily Caller News Foundation’s request for comment.