Israel and Lebanon agreed Tuesday to a U.S.-backed deal dividing up production rights over a disputed natural gas field that Israeli leaders believe will reduce tensions between the Jewish state and its Islamist-controlled neighbor, according to The Associated Press.

The agreement, if signed, would resolve a disagreement between the two countries, which do not have diplomatic relations, over their maritime border in the Mediterranean sea that traverses a coveted natural gas field, the AP reported. Under the deal, Lebanon, run in practice by Hezbollah, would have access rights to the portions of an unexploited gas field that extend into Israeli territory but will pay royalties for any natural gas originating from the Israeli side, the AP reported, citing an Israeli official.

After nearly a year of negotiations led by U.S. special energy envoy Amos Hochstein, Israeli leaders landed on an arrangement allowing them to exploit the Karish gas field and giving Lebanon production rights over the Qana prospect area.

The Israeli government cabinet and parliament will still have to separately give formal approval for the agreement, the AP reported. Some members, including former Prime Minister Benjamin Netanyahu, have voiced opposition to the agreement.

Netanyahu called the final proposal a “disgraceful deal” and vowed to reverse the agreement if reelected in November, the AP reported. 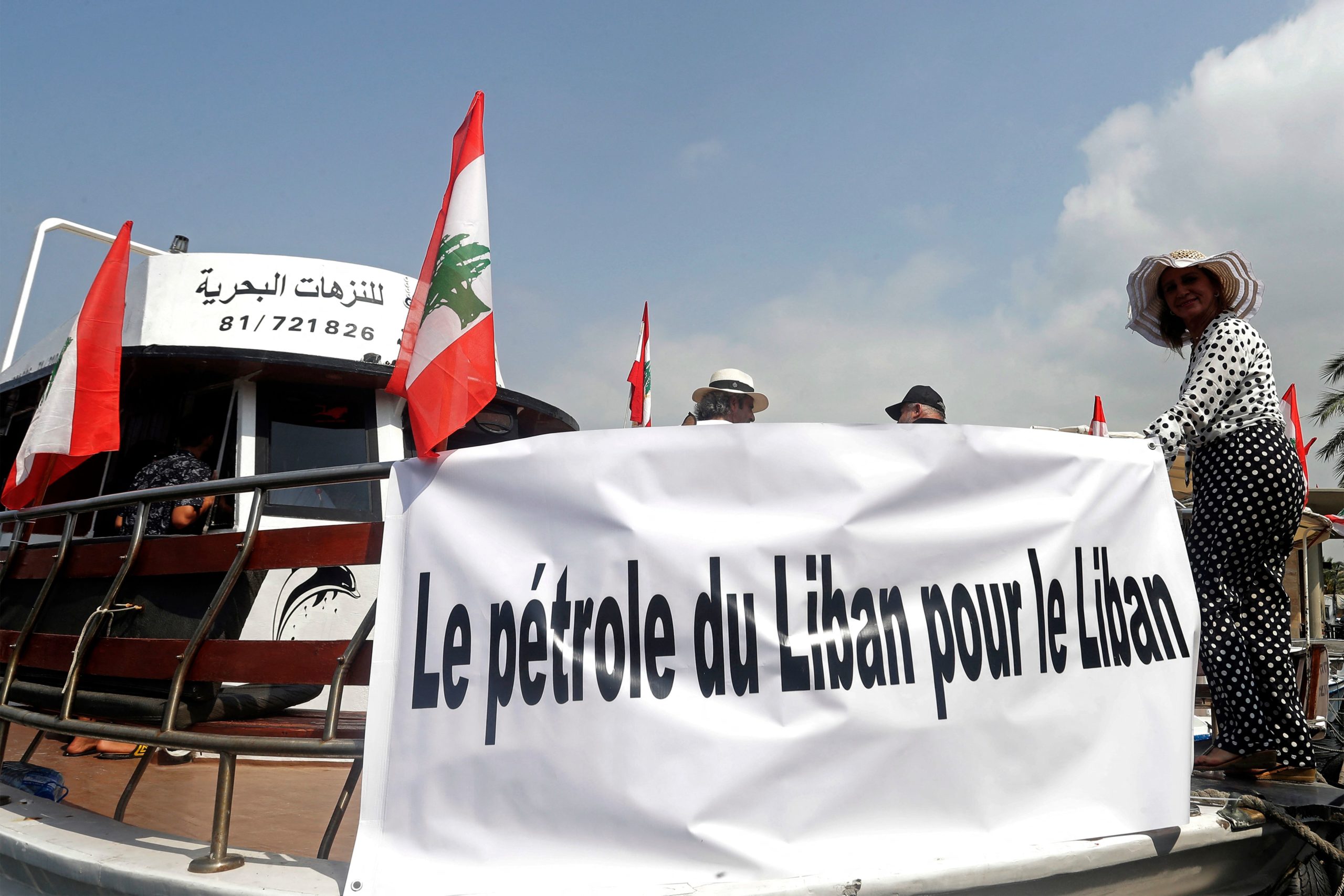 Lebanese protesters take part in a rally by sailing in boats with slogans in French affirming Lebanon’s right to its offshore gas wealth, from the southern coastal city of Tyre towards Naqoura near the maritime border with Israel on September 4, 2022. (Photo by MAHMOUD ZAYYAT/AFP via Getty Images)

“The final version of the offer satisfies Lebanon, meets its demands, and preserves its rights to its natural wealth,” Lebanese President Michel Aoun said in a statement Tuesday. “We hope that the agreement on the demarcation will be announced as soon as possible.”

Hezbollah, a designated terrorist organization, has threatened to renew conflict with Israel over access to the gas fields, which could provide a critical source of revenue to the severely cash-strapped country, the AP reported. Israel and Lebanon have officially been at war for decades.

Israeli former and current security officials hope the deal will diffuse tensions between the two countries and deter Hezbollah from igniting another conflict, one that could jeopardize its stake in the gas fields, the AP reported.

Hochstein delivered an amended version of the proposal to Lebanese officials late Monday night, the AP reported. The agreement divides a contested 860 square miles in the Mediterranean between the two countries, straddling Qana.

French energy giant Total is working with Lebanon to explore the virgin gas field, according to the AP.

The State Department and Israeli and Lebanese embassies did not immediately respond to the Daily Caller News Foundation’s requests for comment.