The caravan, which is largely composed of Venezuelans, arrived Sunday and had around 2,000 migrants when it began amassing at Guatemala’s border with Honduras in the towns of El Cinchado and Corinto, Giammattei’s spokesman Kevin Oliva told the DCNF. (RELATED: EXCLUSIVE: ‘A Nexus To Terrorism’: Illegals Flagged As Potential National Security Risks Soared Nearly 600% In Last Year)

“Overall, we know that people  don’t want to come to Guatemala to stay. We are a country of transit. It’s not lawful for them to get through because of the regional security,” Oliva said.

“We asked for help to our partners in North America. However, at this time, only Mexico has provided us support,” Oliva added.

Another migrant caravan is expected to arrive in Guatemala in around 10 days, Luis Villagran, the group’s leader that led several previous caravans into the U.S., told the DCNF.

“Honestly, it is a phenomenon that is a tragedy however it is seen or perceived,” Villagran said of the large groups, suggesting that their timing isn’t political. 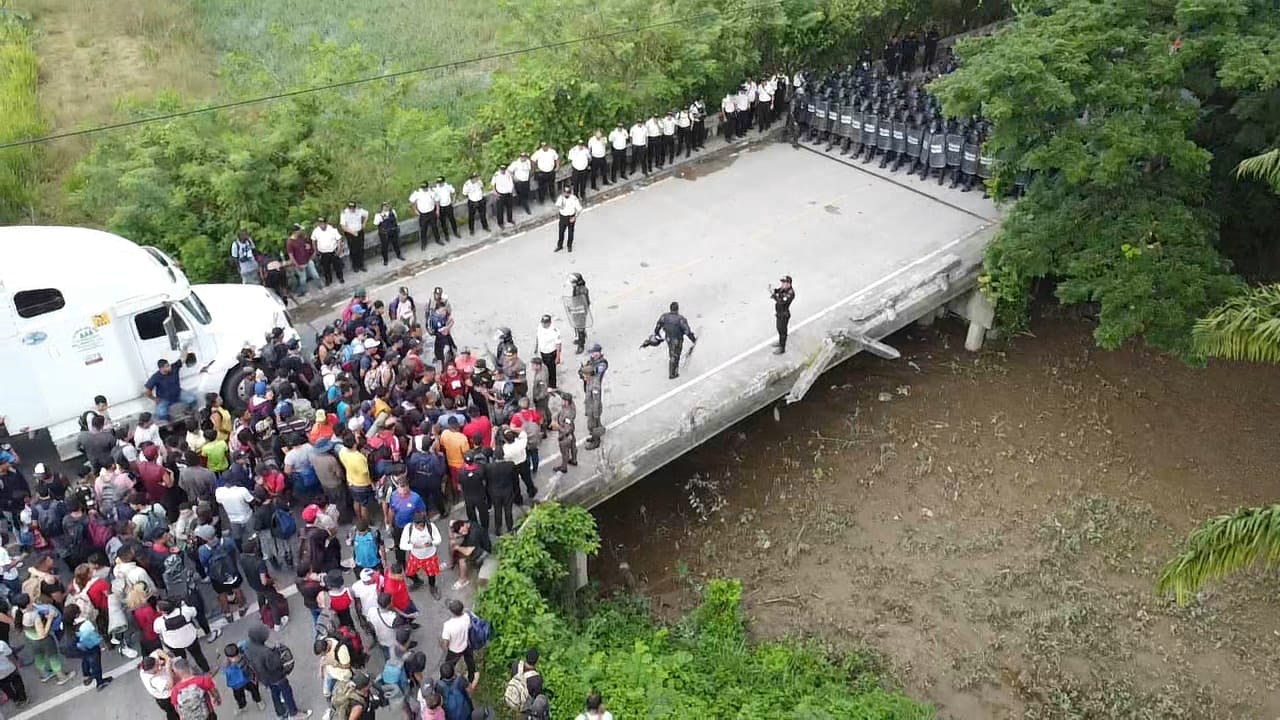 Border authorities encountered over 2,000,000 migrants at the U.S.-Mexico border between October 2021 and August 2022, according to U.S. Customs and Border Protection (CBP).

Guatemala has attempted to prevent migrant caravans from crossing through its country and to crack down on human smuggling. The country’s penalty for smuggling migrants is up to 30 years in prison and fines of up to $25,000.

“Despite the lack of international support to confront this phenomenon, Guatemalan authorities are reaffirming their commitment to the region, guaranteeing the population’s security and safeguarding the country’s sovereignty, considering that these groups represent a risk because they do not comply with migratory protocols,” Giammattei’s office said in a statement shared with the DCNF.

CBP didn’t immediately respond to the DCNF’s request for comment.