Immigration and Customs Enforcement (ICE) attempted to spin the agency’s low arrest and deportation numbers in fiscal year 2021 by blaming them on the pandemic, a Trump-era rule and lack of cooperation with foreign countries, according to internal documents obtained by the Daily Caller News Foundation.

ICE’s communications team acknowledged that the agency’s Fiscal Year 2021 Annual Report, which featured a massive decline in deportations and arrests, would likely be the subject of criticism, and prepared a response for acting Director Tae Johnson and acting Chief of Staff Jason Houser to downplay the low levels of interior immigration enforcement, according to internal communications obtained via a Freedom of Information Act (FOIA) request. The report was also delayed, which ICE attributed to the fact that the report was a compilation of what would otherwise be multiple separate reports.

“The ICE communications team is tasked with a very complex and demanding mission. But it seems to me that even they knew that the results of this administration’s policies were indefensible,” Jon Feere, who was chief of staff at ICE during the Trump administration, told the DCNF.

The agency’s talking points blamed the decrease in removals on the COVID-19 pandemic as well as Title 42, a public health order used to expel certain migrants. The memo also pointed to more migrants coming from “recalcitrant” countries, which hinder ICE’s ability to deport illegal aliens, as well as its shift in focus to threats to public safety, according to the documents; regarding low arrests, ICE also largely blamed the issue on COVID-19.

“Through a series of Department and agency memoranda, ICE has rebalanced its interior enforcement priorities designed to focus its resources on the greatest threats to national security, border security, and public safety,” the document stated of the question on the low deportations.

The decrease in deportations came during a surge in illegal migration at the U.S.-Mexico border, which continues to overwhelm federal authorities; in fiscal year 2021, border authorities encountered 1,734,686 migrants at the southern border, according to agency statistics, compared to 458,088 migrant encounters in 2020 and 977,509 migrant encounters in 2019. The Biden administration enacted numerous policies critics argued contributed to the increase in migration, such as issuing an immediate 100-day moratorium on deportations and to limit immigration enforcement to threats to national security, border security and public safety, which were both struck down by subsequent lawsuits.

“The ICE communications team obviously saw that the reduction in ICE arrests and removals was going to raise a lot of eyebrows with the public and the media and worked to find some justification for this dramatic fallout from the Biden administration’s policies, but the only things they could come up with were not persuasive,” Feere said.

“They used COVID and Title 42 and recalcitrant countries as arguments as to why arrests and removals have been down. But those issues existed under the Trump administration as well. And yet, we were able to achieve a much larger number of arrests and removals,” Feere added.

“By focusing squarely on noncitizens who represent the greatest threats in key areas, ERO can operate effectively and efficiently, and consistently with our values as a nation. This focused approach has yielded measurable successes,” the document stated as a response to the question of low arrests.

ICE didn’t respond to the DCNF’s request for comment. 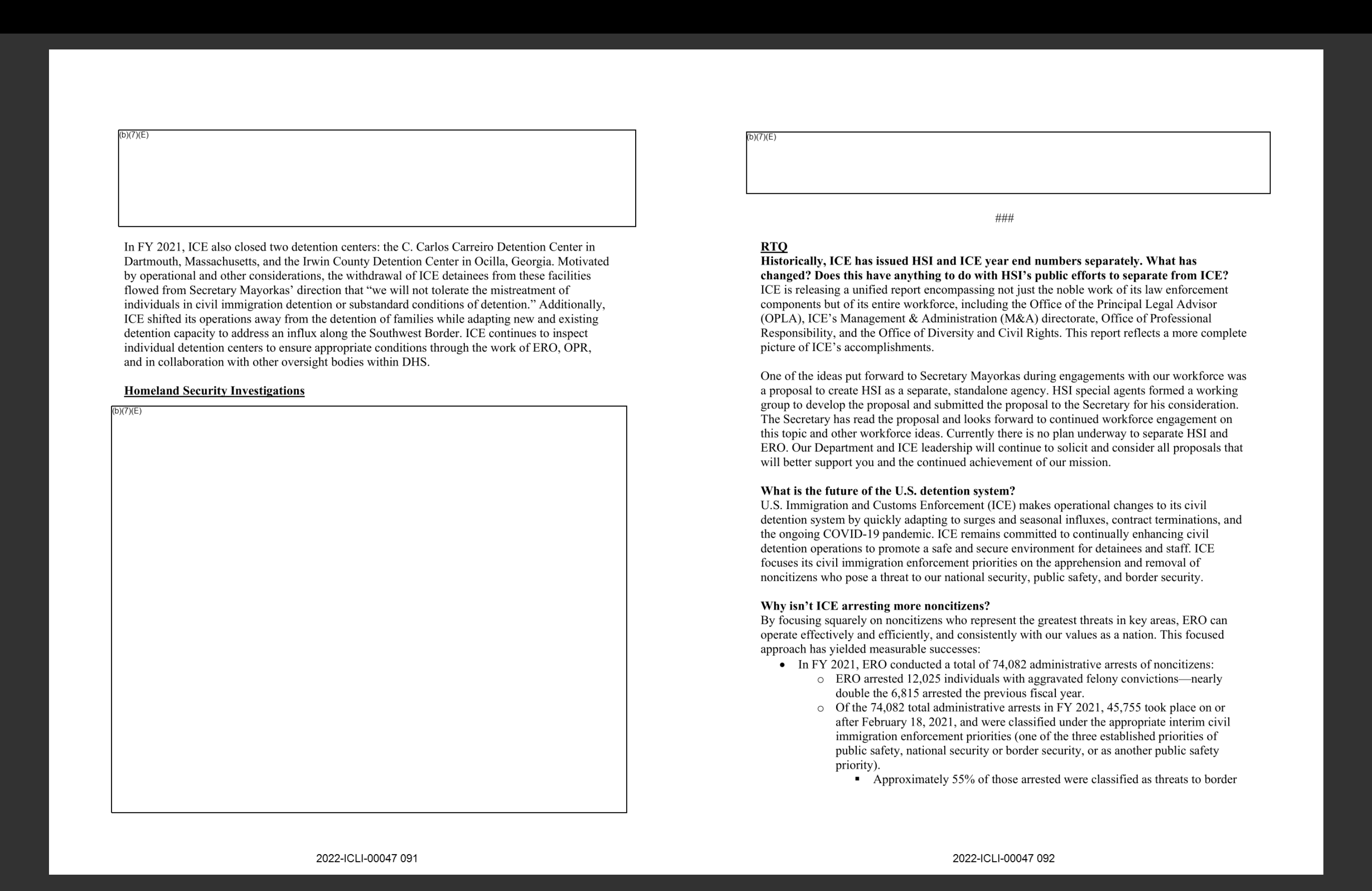 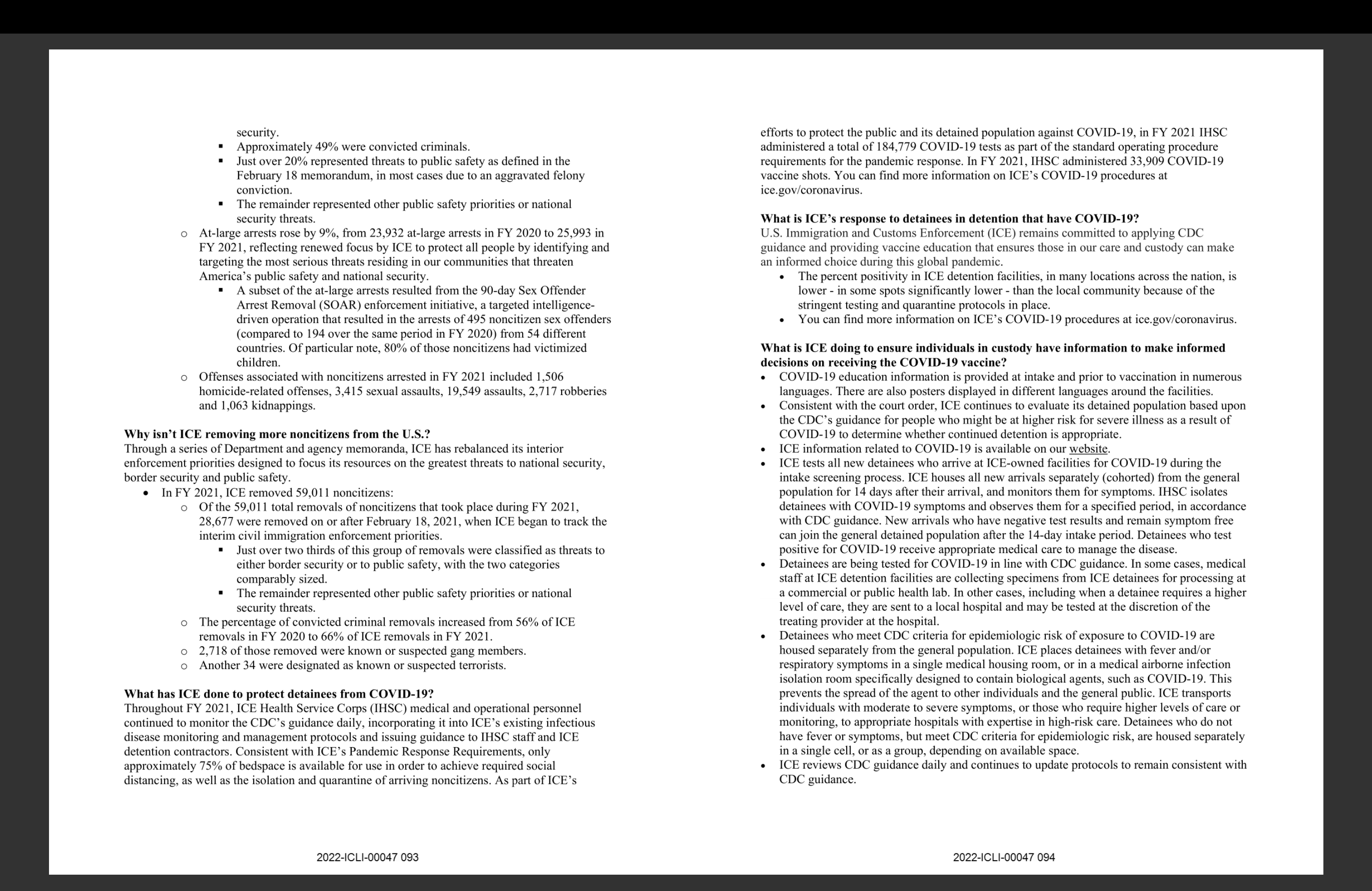 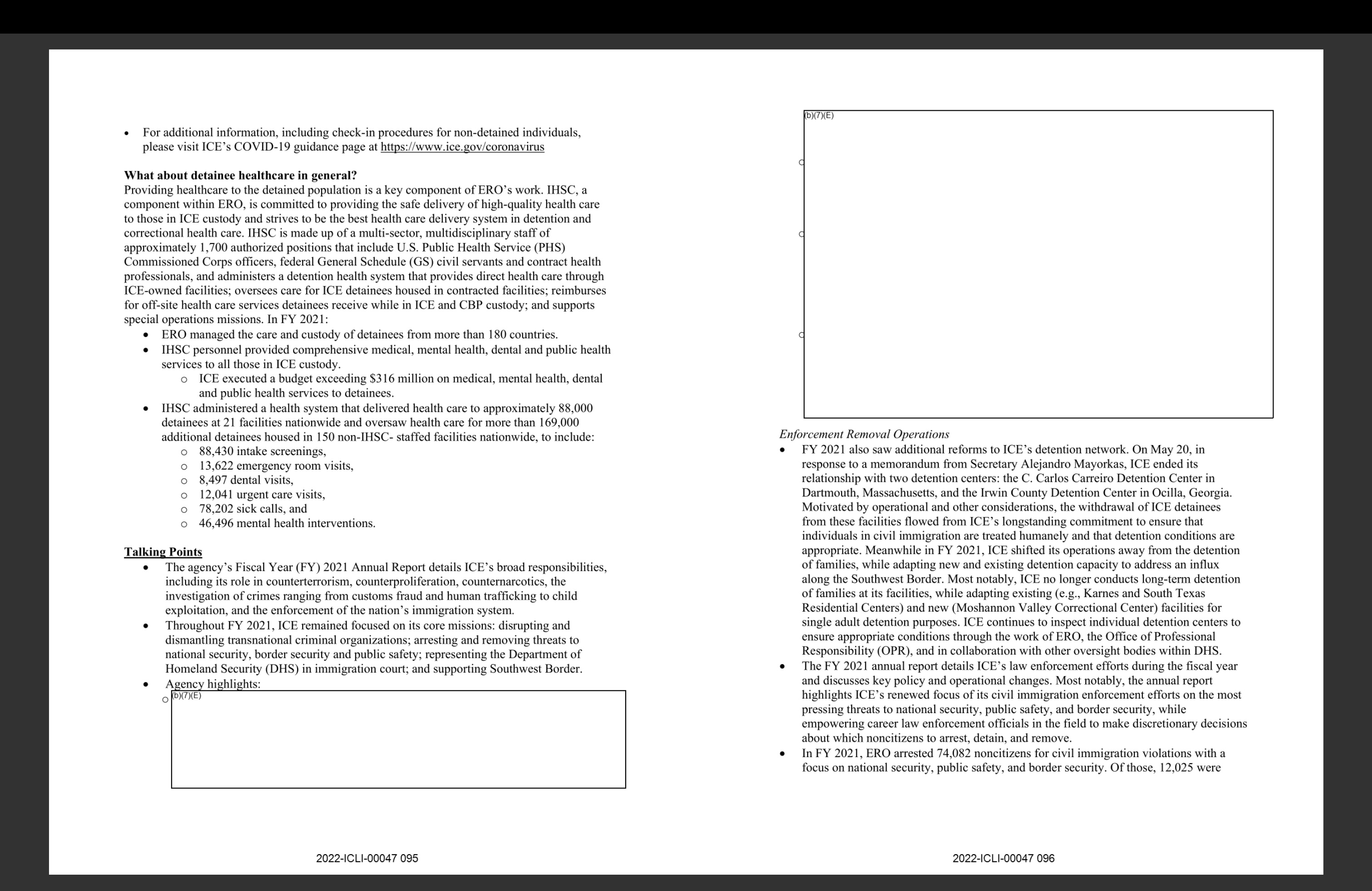