Republican Texas Rep. Dan Crenshaw’s campaign has paid a small agency that employs his wife hundreds of thousands of dollars since 2020, according to Federal Election Commission (FEC) records reviewed by the Daily Caller.

The firm, Pink Cilantro, is a boutique branding agency based in Houston, Texas. The agency’s website, in service since 2013, went offline as recently as June, according to the internet archive called “The Wayback Machine.” Pink Cilantro’s owner, Basya Benshushan, told the Caller that they are in the process of “rebranding” the agency and that’s why the website is down.

The Caller pressed Benshushan about how much Tara Crenshaw has been paid by Pink Cilantro, as it is not applicable in Crenshaw’s financial disclosure report. Benshushan said he checked with her accountant and found that their agency has paid Tara Crenshaw more than $60,000. 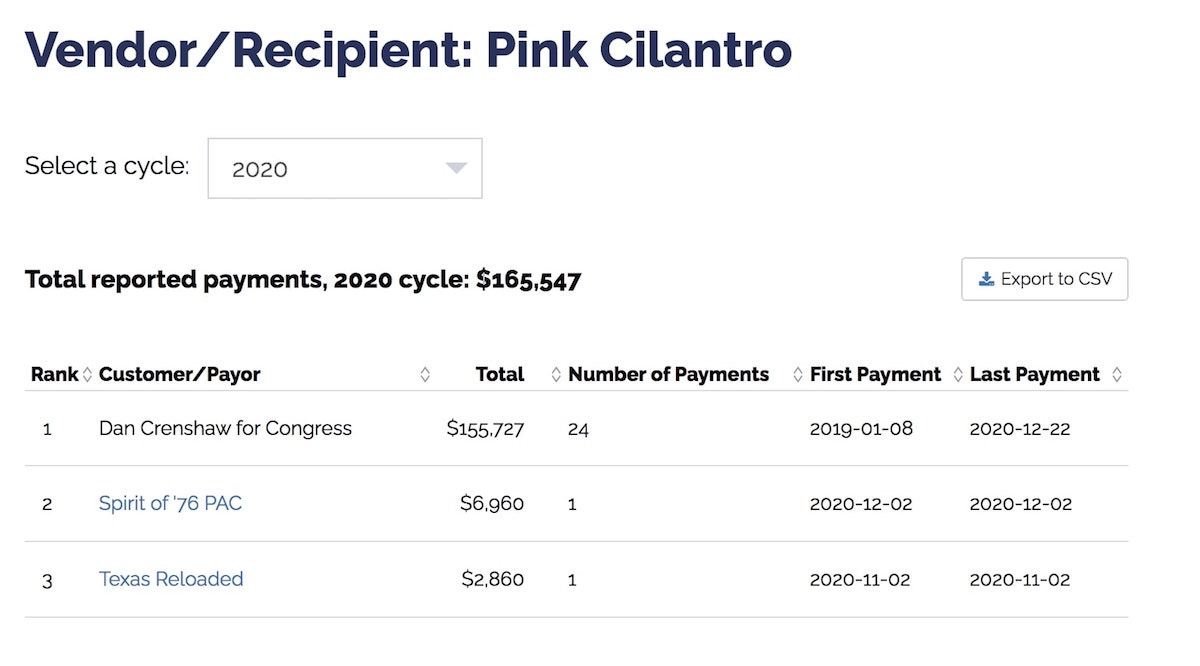 “Tara works for the digital marketing firm Pink Cilantro, which has been compensated by the campaign for services rendered in full compliance with all applicable rules,” a Crenshaw spokesperson told the Caller.

Benshushan explained that Tara Crenshaw did not have an actual salary but was paid on commission. Benshushan also told the Caller that Pink Cilantro only has 12 employees.

“She didn’t have a regular monthly salary because she was paid based on the volume of sales. So I will need my accountant to look back at her 1099 to confirm the exact numbers. I sent him a note and he has yet to respond,” Benshushan told the Caller after being asked how much money Tara Crenshaw was specifically paid.

“Everything that Tara was paid was derived from book sales. Her role as a contractor was distribution and marketing for the book. We have 12 employees, all are full-time w4 and w9,” Benshushan added. (RELATED: EXCLUSIVE: Dan Crenshaw Responds To Allegations Of Not Disclosing Stock Transactions)

Pink Cilantro is also getting money from Republican Illinois Rep. Adam Kinzinger. Benshushan told the Caller that “Kinzinger sought us out due to Crenshaw’s impressive branding. Pink Cilantro developed Crenshaw’s brand and Kinzinger wanted an agency that could develop their brand.”

Benshushan said the connection is “going to be (a) headline for the RINO hunters.”

Since 2021, Kinzinger’s campaign has paid Pink Cilantro close to $500,000, according to FEC records reviewed by the Caller. Kinzinger’s office and campaign would not respond to multiple requests for comment about their work with Pink Cilantro. (RELATED: ‘You’re Not Going To Ex-Communicate A Former President’: Dan Crenshaw Says People Are Interested In Issues, Not Trump Loyalty) 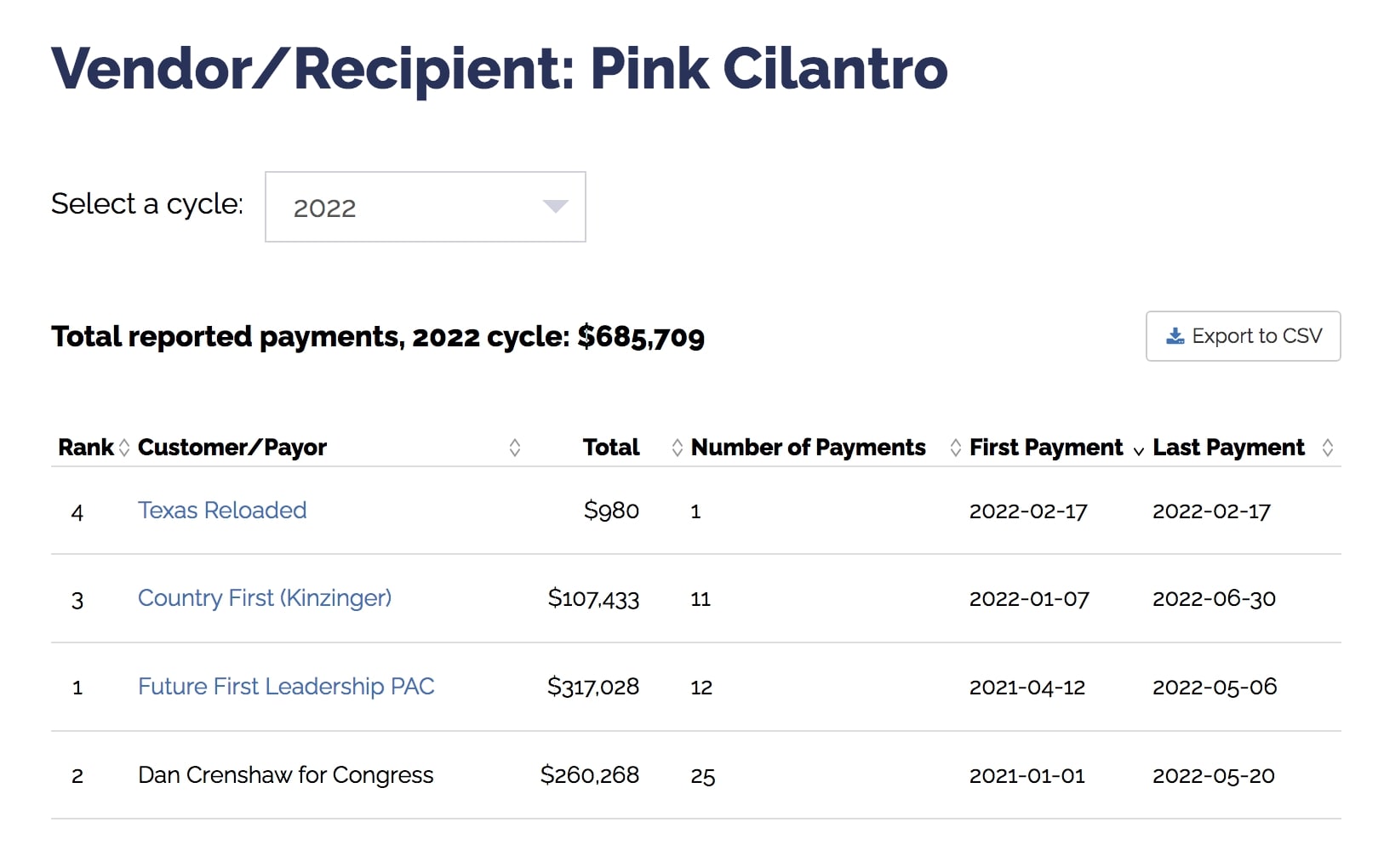 As to the work Pink Cilantro has done for Crenshaw since 2020, Benshushan told the Caller that they have done “branding, website design and maintenance for all of their websites. Managing their online store. Merchandise design, promotion, and fulfillment. Marketing and reporting monthly merchandise sales. Designing, constructing, and staffing Crenshaw merchandise sales booths at different Crenshaw events. Digital fundraising and lead generation for Crenshaw.”