President Joe Biden promised to codify Roe v. Wade into law as his first piece of legislation after the midterms if Democrats win the House and the Senate.

“The court got Roe right nearly 50 years ago and I believe the Congress should codify Roe, once and for all,” Biden said Tuesday, speaking at a Democratic National Committee event at the Howard Theater in Washington, D.C.

“The first bill I will send to the Congress will be to codify Roe v. Wade. And when Congress passes it, I’ll sign it in January, 50 years after Roe was first decided the law of the land,” Biden added, caveating his promise with the condition of voters electing a Democrat majority to both chambers of Congress.

The Supreme Court overturned the federal right to abortion in June, leaving the decision up to the states. Biden has signed an executive order aimed at protecting access to abortion and contraception, and he has previously spoken about his desire to codify Roe into law. Any legislation on codifying Roe would be unlikely to pass through the Senate, which requires 60 votes to overcome the filibuster.

“If you give me two more senators in the United States Senate, I promise you, I promise you, we’re going to codify Roe and once again make Roe the law of the land,” Biden said in September. (RELATED: How Biden’s Abortion Stance Has Changed Over The Years) 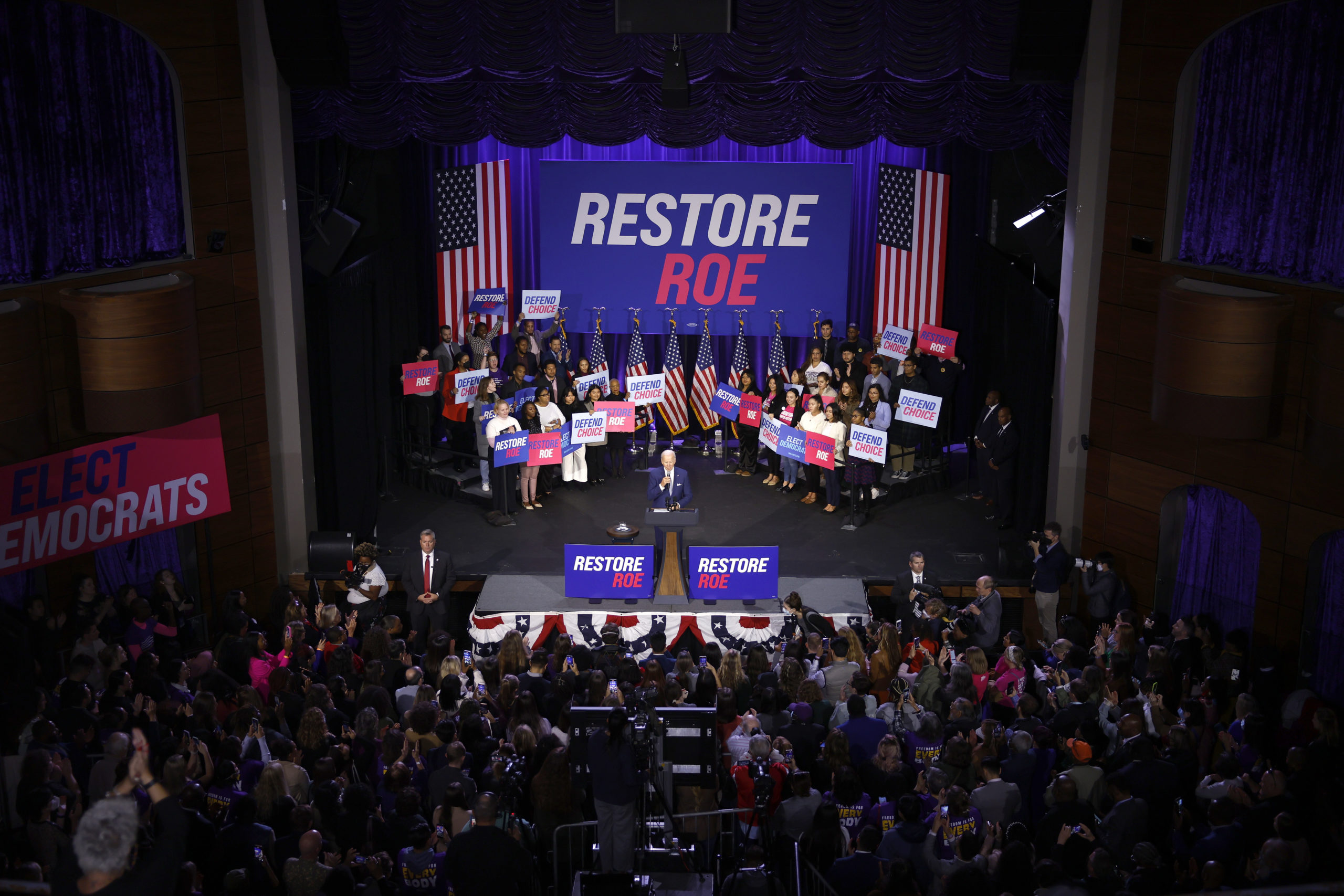 In his Tuesday speech, Biden predicted abortion will be a central issue for women this election cycle, saying, “The court practically dares women to go ahead and lead and be heard.”

Republicans “are about to find out” how much political power women have, he added.

A poll published Monday by the New York Times showed voters leaning Republican ahead of the midterms, with 49% of voters likely to vote for Republicans in Congress, compared to 45% for Democrats. The poll surveyed 792 likely U.S. voters with a +/- 4.1% margin of error.

Brian Burch, the president of Catholic Vote, said, “Catholics are appalled by the unprecedented abortion extremism pursued by the nation’s second Catholic president.”

“While Americans struggle with record inflation, the President of the United States has nothing to offer but a pledge to expand the right to violently destroy innocent unborn children – up until birth and for any reason. We need Church leaders to step up and make clear that no Catholic can support candidates or policies that would make America one of the most extreme abortion nations in the world,” Burch said.

The Republican National Convention blasted Biden’s speech, saying the president is “out of touch.”

“Biden is deeply out of touch with the concerns of families. First, Americans do not want Biden and Democrats’ extreme, taxpayer-funded abortion-on-demand agenda. Second, Democrats can’t distract from the Biden pay cut, the higher prices, and the tax increases they have inflicted on voters. Republicans will win in November because we are focused on the issues voters care about most,” RNC Chairwoman Ronna McDaniel said in a statement.