Hundreds of medical professionals and concerned parents signed a declaration condemning the World Professional Association for Transgender Health (WPATH) over concerns about ethics, child safeguarding and the group’s alleged mischaracterization of scientific data.

WPATH promotes medical interventions such as puberty blockers, cross-sex hormones and surgeries for people with gender identity issues, including minors, but that approach has drawn criticism from a growing cohort of medical professionals concerned that those procedures don’t resolve underlying mental health issues and carry their own health risks. The “Beyond WPATH” declaration offers a sharp criticism of WPATH’s newest standards of care and says the group has “discredited” itself by ignoring ethical concerns and scientific skepticism of cross-sex procedures to adhere to ideological positions. (RELATED: Top Trans Medical Org Used Castration Fetish Site For Research To Develop Guidance For Doctors)

“There are various different organizations that promote alternatives to the affirmative care model, but they tend to operate in their own silos and move slowly, as professional organizations often do,” Dr. Joseph Burgo, clinical psychologist and clinical lead at the gender-critical organization Genspect, told the Daily Caller News Foundation. “We felt that the release of WPATH’s latest Standards of Care presented us with a great opportunity to respond quickly and with a united front for a change. Beyond WPATH’s Declaration allows us to speak with a unified voice and challenge these dangerous, unethical and unscientific guidelines that are so damaging to gender-distressed youth.” 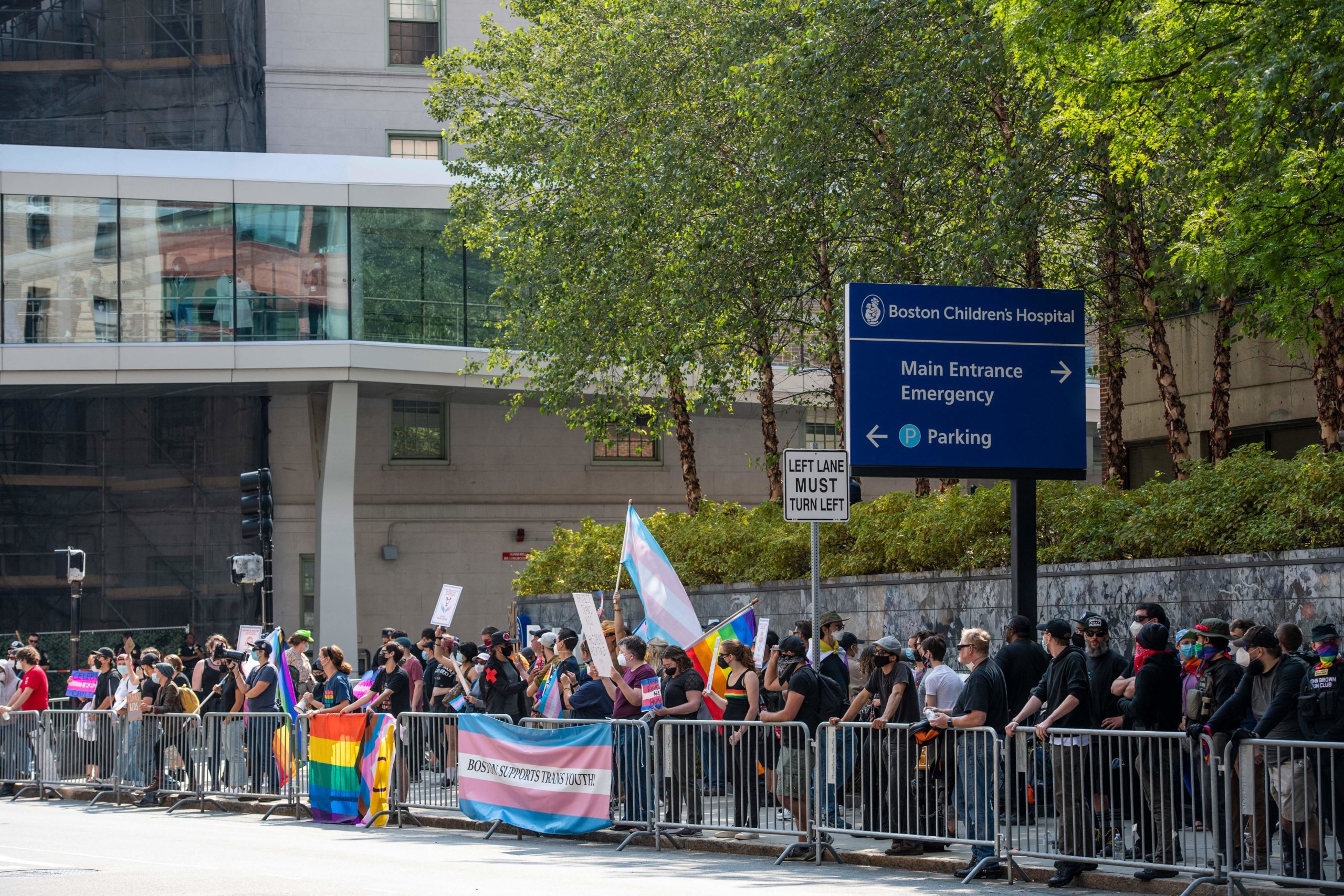 Medical workers watch as demonstrators in support of trans-children and gender affirmation treatments rally outside of Boston Childrens Hospital in Boston, Massachusetts, on September 18, 2022. (Photo by Joseph Prezioso / AFP)

“While presented as evidence-based, the Standards of Care fail to acknowledge that independent systematic reviews have deemed the evidence for gender-affirming treatments in youth to be of very low quality and subject to confounding and bias, rendering any conclusions uncertain,” the declaration says.

The declaration further criticizes WPATH for removing age minimums for many cross-sex procedures, recognizing “eunuch” as a gender identity and invalidating the “traumatic experience” of individuals who detransition.

“The Standards specifically promote the affirmative care model, continuing to endorse widespread medical treatments (drugs and surgery) for trans-identified youth despite rising scientific skepticism that has led Sweden, Finland, France, and the United Kingdom to retreat from that approach,” the declaration reads. “A chapter on ethics that had appeared in earlier drafts was eliminated in the final release – a further abdication of ethical responsibility.”

WPATH did not respond to the Daily Caller News Foundation’s request for comment.