Davis Smith, founder and CEO of the outdoor apparel company Cotopaxi, is shutting down the brand’s store in San Francisco due to rampant drug use, crime and homelessness, he announced in a LinkedIn post Tuesday.

The brand opened a location in a shopping district in downtown San Francisco last year and immediately experienced a break-in in which windows were shattered and thousands of dollars in merchandise were stolen, according to Smith. The company had to replace the windows after break-ins four more times over the coming year and experienced brazen, large-scale theft from organized criminals on a weekly basis. 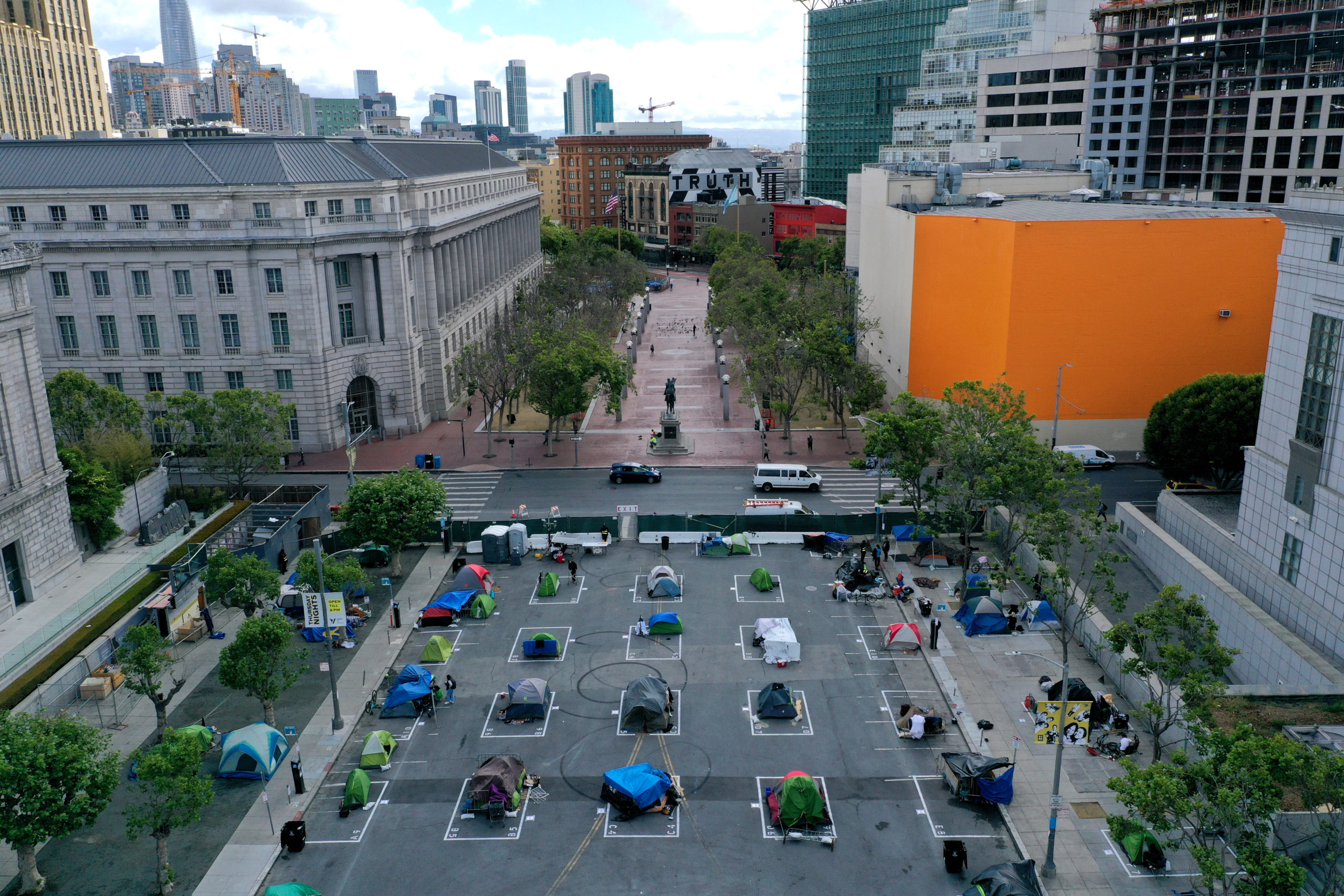 SAN FRANCISCO, CALIFORNIA – MAY 18: An aerial view of San Francisco’s first temporary sanctioned tent encampment for the homeless on May 18, 2020 in San Francisco, California. (Photo by Justin Sullivan/Getty Images)

“It’s sad, but San Francisco appears to have descended into a city of chaos,” Smith wrote. “Many streets and parks are overrun with drugs, criminals, and homelessness, and local leadership and law enforcement enable it through inaction.”

Organized theft was so prevalent that the store started keeping the doors locked until a customer approached, but organized crime groups began sending a woman to knock on the door before rushing inside behind her, Smith said.

“San Francisco appears to have descended into a city of chaos.”

Painful letter from the CEO of @cotopaxi about why they are closing their shop in SF. pic.twitter.com/ACaCXgi44J

“Our team is terrified. They feel unsafe,” he said. “It’s impossible for a retail store to operate in these circumstances, especially when cities refuse to take any action (despite us paying taxes well above any other state we operate in). The city recently announced a reduction of police presence in this neighborhood, despite mass-scale crime.”

Cotopaxi and the San Francisco Police Department did not immediately respond to the Daily Caller News Foundation’s requests for comment.