“The claim that CRT and gender ideology are not being taught or promoted in America’s pre-college public schools is grossly misleading,” the study’s authors Zach Goldberg and Eric Kaufmann wrote. “More than nine in ten of our respondents reported some form of school exposure to at least some CRT-related and critical gender concepts, with the average respondent reporting being taught in class or hearing about from an adult at school more than half of the eight concepts we measured.” 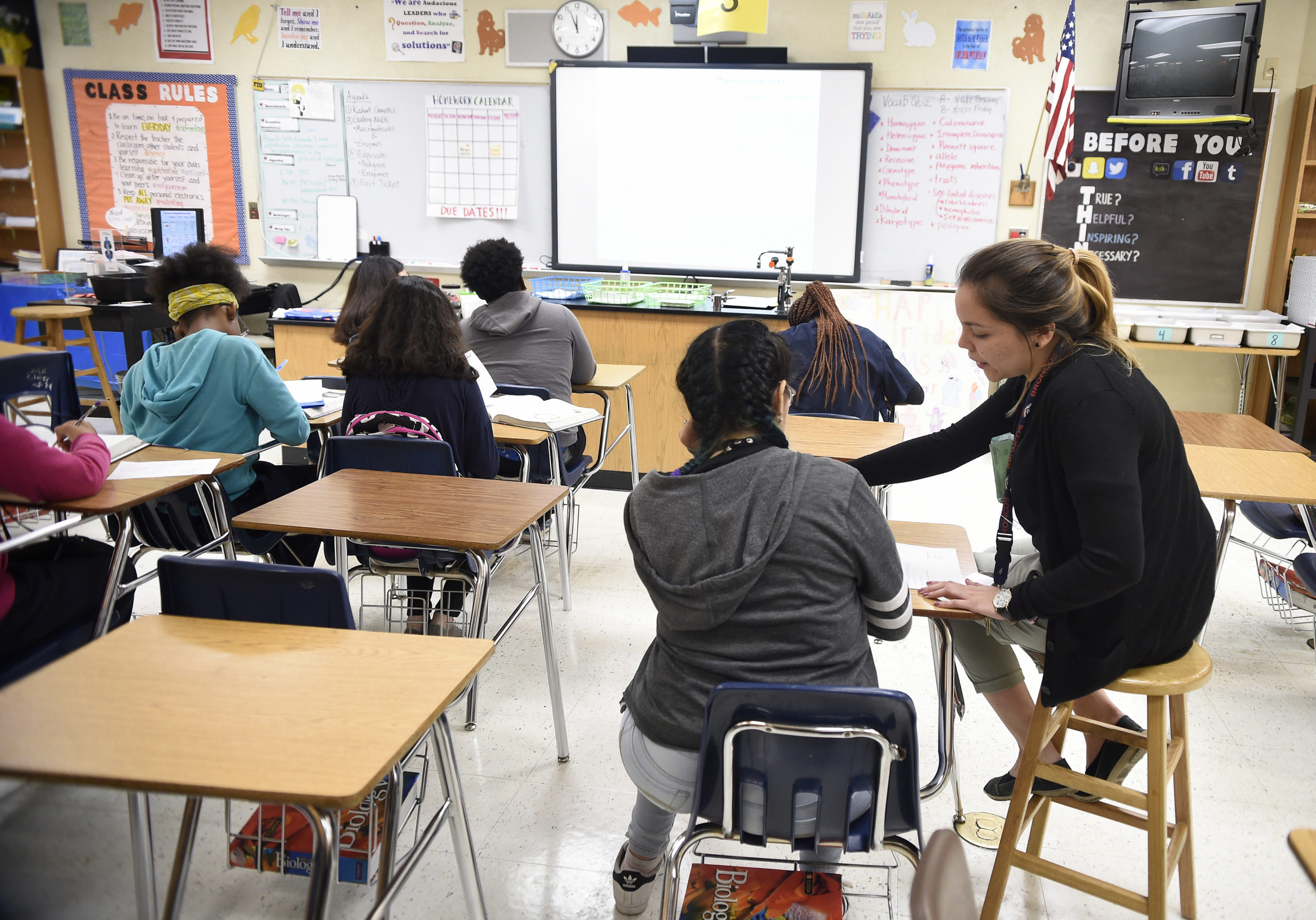 Science teacher Virginia Escobar-Cheng works with her students in a science class in a high school in Homestead, Florida, on March 10, 2017.
Texas state legislators are now considering a bill introduced in February that would offer teachers like Garlington some legal protection, by giving them latitude to present science “that may cause controversy” as a debatable theory. (Photo credit RHONA WISE/AFP via Getty Images)

Of the students surveyed, 51% reported hearing that “gender is an identity choice” and does not need to match biological sex, according to the poll. Approximately 53% had heard in school from an educator that “America is a patriarchal society.”

Several schools and states have banned the teaching of CRT from its classrooms; in April, the Florida Department of Education rejected 41% of math textbooks, citing reasons such as CRT. Republican Oklahoma Gov. Kevin Stitt signed HB 1775 into law in May which prohibits the teaching that one race is superior to another.