The Pentagon’s annual active duty military suicide report shows how the Army continues to lag behind the other services when it comes to military culture, experts told the Daily Caller News Foundation.

While the Navy, Marine Corps and Air Force each saw a decline in suicide rates between 2020 and 2021, and rates for the Reserve and National Guard were similar to 2020, the Army saw a slight increase, according to the report. The new numbers suggest the Army, more than any other service, has a long way to go before achieving the cultural changes service leaders have called for, even as the Army faces the largest recruiting crisis in the military, experts in military affairs told the DCNF.

“[The] Army is struggling in a couple of different areas that could play into the fact that they haven’t made any significant progress,” Cole Lyle, executive director of Mission Roll Call, told the DCNF. “They’re frankly falling short.” (RELATED: National Guard Soldier At Southern Border Dies From ‘Self-Inflicted Gunshot Wound’)

Suicides were concentrated among males between the ages of 20 and 40 across all branches, and most used personally-owned firearms to take their own lives, the report found.

“We also continue efforts to improve the quality of life for service members and their families, address stigma as a barrier to seeking help, and expand our safety efforts for our service members and their families,” Secretary of Defense Lloyd Austin said in a statement after the release of the 2022 report. “While we have made progress in these areas, we must continue to do more.”

Post-combat trauma did not appear to significantly predispose military members commit suicide, as most of the incidents were recorded among individuals with little to no downrange experience, according to Military.com. However, several experts cautioned the DCNF against drawing too much inference from the data regarding the potential causes of changes in suicide rates.

“This is a difficult subject to address because every data point on each of the graphs represents a human tragedy, and there is no way to know why a person takes their own life,” Elaine Donnelly, president of the Center for Military Readiness, told the DCNF.

“One variable that ought to be questioned is the impact of the chaotic withdrawal from Afghanistan,” said Donnelly, citing reports many soldiers who served in Afghanistan and in Iraq have “wondered whether their sacrifices were worth it.”

Suicide rates are associated with the overall culture of the military, experts told the DCNF. In the Army, issues such as persistent moldy barracks and a spike in reports of sexual assault compound with problems experienced across the departments, such as an uptick in the cost of living and dwindling pool of eligible recruits.

The Army has pledged $10 billion over the next decade for barrack construction and renovations, Military.com reported. However, the barracks at Fort Stewart, Georgia, among those dealing with mold growth, won’t see new living quarters until 2035.

In addition, the brutal murder of a female soldier at Fort Hood, Texas, in 2020 sparked renewed attention to the scourge of sexual assault in the Army, resulting in a department investigation that found the department lacked appropriate safeguards to prevent sexual assault and protect victims. It was one of several instances at Fort Hood where unit commanders allegedly neglected servicemembers.

Yet, the Army saw a 25.6% increase in sexual assault cases in 2021 compared to 2020, significantly higher than the next highest increase, in the Navy at 9.2%, according to a DOD report. The other services experienced much smaller percentage changes.

The Army has yet to roll out any major initiatives to combat sexual assault, according to Military.com.

“The Army seems to have lost its mission,” said Donnelly.

At the same time, the Army faces a recruiting crisis unique among the services. While every branch of the military has struggled to meet recruiting goals, the Army has struggled more than any other service, falling short by 15,000 recruits or 25% of its goal by the end of fiscal year 2022, which closed Sept. 30.

Concerned Veterans for America Deputy Director John Byrnes pointed to the parallels between a lack of resiliency among today’s young adults, leading to a record low number of individuals who are qualified to enlist, and the resiliency of the force as a whole. 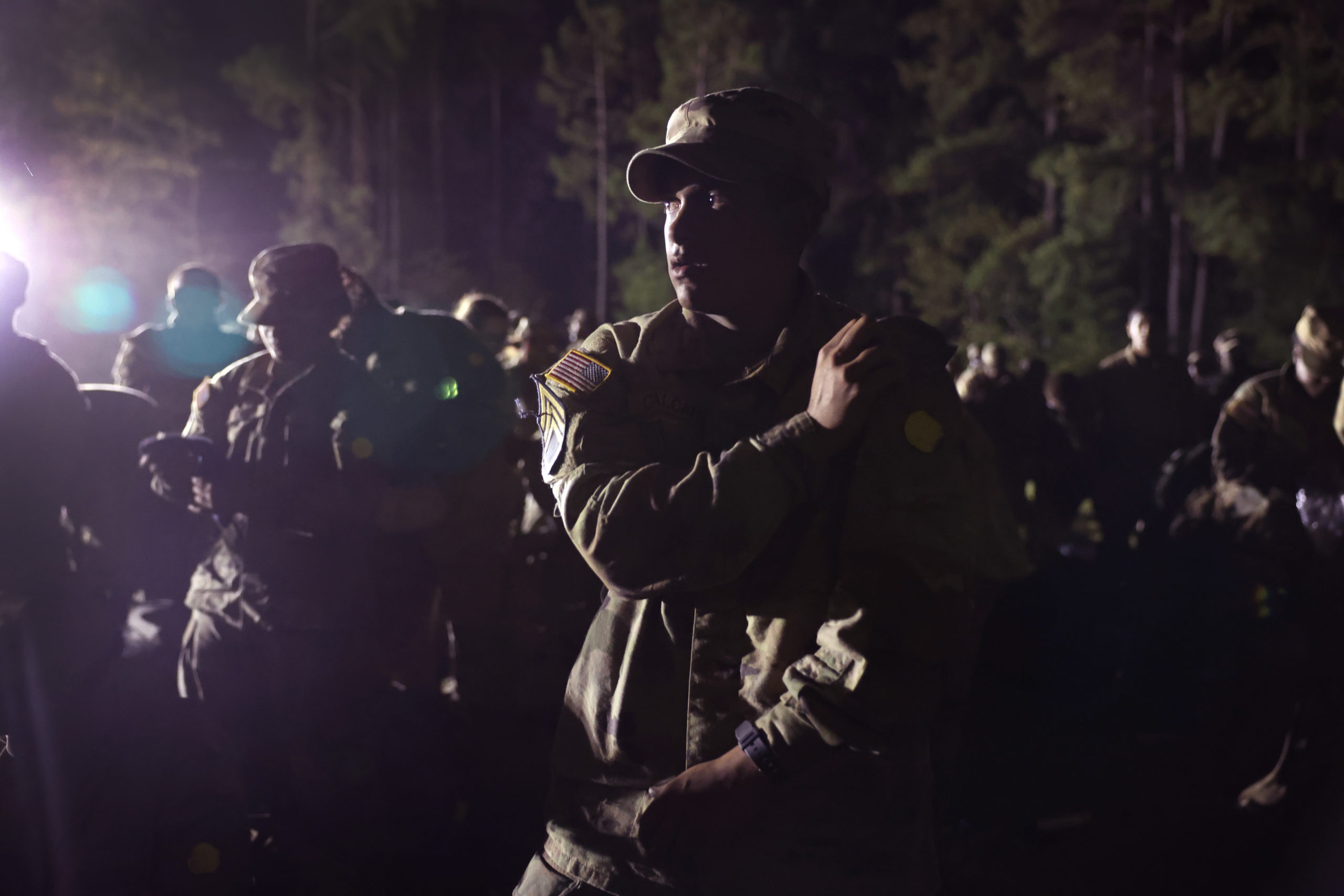 COLUMBIA, SOUTH CAROLINA – SEPTEMBER 29: U.S. Army trainees assemble in the pre-dawn hours following a grueling 81-hour field training exercise known as the Forge and before the start of their Soldier’s Ceremony on September 29, 2022 in Columbia, South Carolina. (Photo by Scott Olson/Getty Images)

The military has made strides in removing stigma associated with mental heath and removing suicide triggers from the services, Office of Force Resiliency executive director Elizabeth Foster said at a Pentagon press conference Thursday. However, years of additional data are required to reliably ascertain whether the DOD has truly made progress.

Army Sergeant Major Michael Grinston has highlighted the need to improve quality of life among servicemembers to ameliorate poor mental health and potentially guard against suicide, according to Military.com. Among other things, the Army is revamping basic training, removing the caustic screaming and sudden infliction of arbitrary pain that characterizes the stereotypical experience under a drill sergeant, Military.com reported.

Army leadership suffers “cultural challenges to understanding where the problem really is,” Byrnes told the DCNF. “Army is good at fighting our nation’s land wars; it’s hard to make them good at doing other things as well.”