GUATEMALA CITY, Guatemala — The United States deported over 30,000 Guatemalans in fiscal year 2022, with many having made the trek to the U.S. border through Mexico. Once back in their home country, the illegal migrants are largely released to families and reintegrated into society.

The deportation flights land at the Reception Facility for Returned Migrants in Guatemala City, which is run by Guatemala’s Migration Institute (IGM). IGM supports their release, aiding them in finding work and support upon their return, IGM Director Stuard Rodriguez told the Daily Caller News Foundation as a plane offloaded around 120 deportees from McAllen, Texas, while another plane was on its way from Alexandria, Virginia. (RELATED: EXCLUSIVE: Afghan Migrants Say UN Workers Gave Them Directions To US Border)

After they land, the deportees are given their belongings in plastic bags. They are then brought inside for processing to receive identification documents before they’re released to family members waiting outside.

Most of the deportees are adults, according to data Rodriguez shared with the DCNF. A total of 60% of deportees are men, while 22% are women.

If their family isn’t outside, the deportees will be transported home via buses in many cases.

Hundreds of illegal migrants arrive back in Guatemala each week. IGM workers in the facility help them find work, provide transportation, and give them food and medical attention. 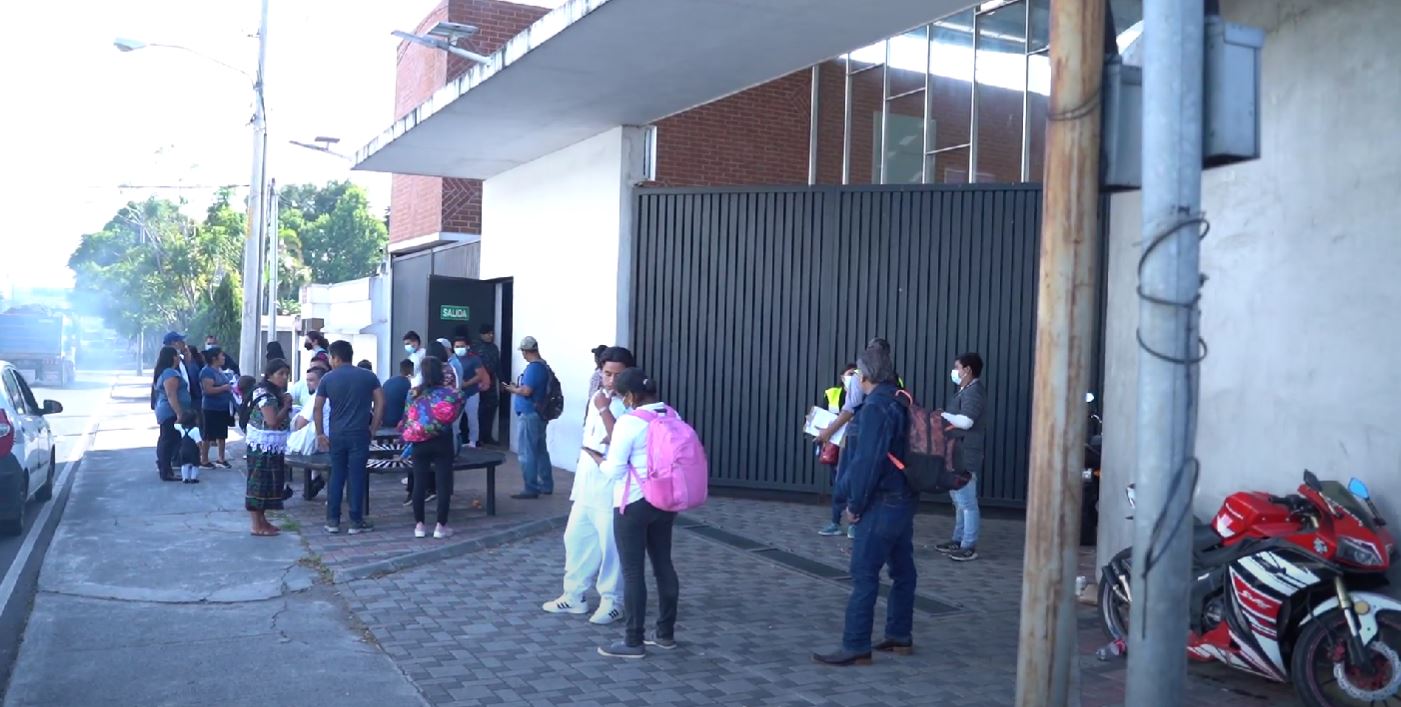 Some of the deported illegal migrants returned to Guatemala had committed crimes in the U.S.

“When criminals enter the facility, the national police respond. And they will be transported to the Judicial office, where they will be processed,” Rodriguez said.

Many of the facility’s operations are supported by the U.S. Agency for International Development (USAID) and the United Nations’ International Organization for Migration (IOM), whose logos are posted in many areas of the facility, which is equipped with a clinic, WiFi and phones.

The doctor in the clinic, where an ill mother and child were awaiting aid, showed the DCNF how he treats illegal migrants, some of which have injuries from falling off the U.S. border wall, illnesses and untreated chronic conditions.

From Dec. 1 to Sept. 30, there have been 74,987 Guatemalans returned to their home country, according to IGM data shared with the DCNF. The U.S. Department of Homeland Security (DHS) coordinates with IGM, whose facility was built by the U.S., according to Rodriguez.

“We have a really good relationship with the United States. We have been working together and our interest is the well-being of the Guatemalan people that are being returned,” Rodriguez said.

The DHS didn’t respond to the DCNF’s request for comment.