An arrest warrant has been issued for a Florida preschool teacher accused of misconduct with 4-year-old students, according to News 4 Jax.

Neal Beaver, a former teacher at Chappell Schools in St. Johns County, Florida, has been accused of touching children at the school inappropriately, according to News 4 Jax. A 45-page report details incidents of Beavers inappropriate behavior with students between the age of 4-years-old and 5-years-old. (RELATED: First-Grade Teacher With Previous Allegations Arrested For Misconduct With 6-Year-Old)

The report includes an incident where Beaver was seen on camera inappropriately touching a 4-year-old student multiple times, News 4 Jax reported. Beaver told investigators that the student would climb on his lap and that he did not think that his behavior was out of line.

After Beaver was fired from the school in December 2021, the school reviewed footage of his classroom where his misconduct was witnessed, News 4 Jax stated. Beaver is currently in Germany and it is unclear if U.S. law enforcement is working with German officials to bring Beaver back to the United States. 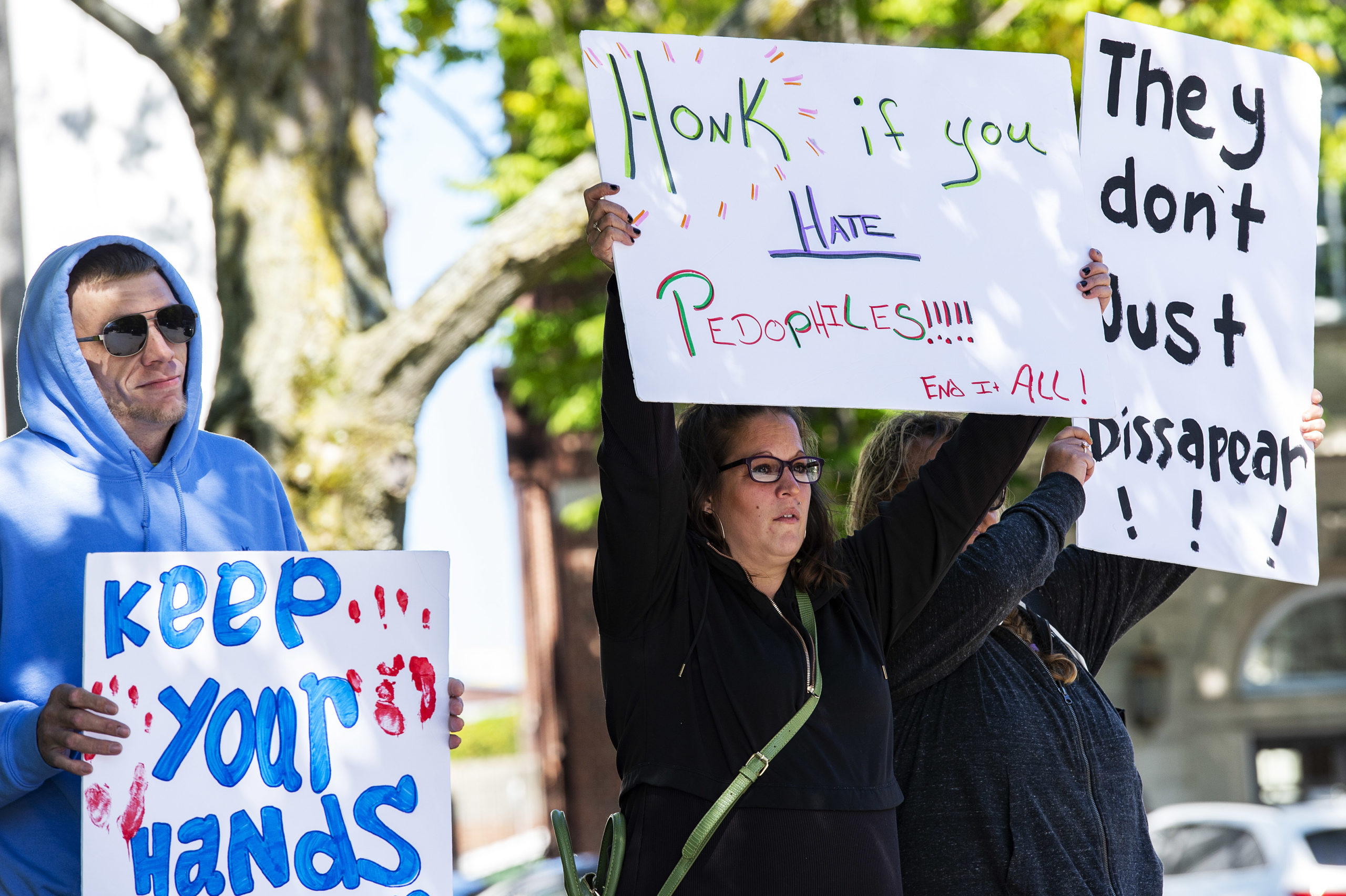 Demonstrators in Keene, New Hampshire, gather at a “Save the Children Rally” to protest child sex trafficking and pedophilia around the world, on September 19, 2020. (Photo by JOSEPH PREZIOSO/AFP via Getty Images)

On Monday, Anthony Guadalupe, a teacher’s assistant at Chappell Schools, was charged with 12 counts of lewd and lascivious molestation and two counts of lewd exhibition, News 4 Jax stated. Guadalupe was seen on video fondling a child in front of the class.

Two lawsuits have been filed against the school in relation to the misconduct, saying the school did not take proper precautions to intervene and protect the children from the teachers, News 4 Jax reported.

“The complaint notes horrible allegations that go far beyond what we know to be factual,” Nancy Dreicer, Chappell School CEO said in a statement. “There are multiple stories circulating that highlight grossly exaggerated and false allegations/actions by Chappell.”

Chappell Schools did not immediately respond to the Daily Caller News Foundation’s request for comment.