Parents and parental rights advocates seeking to shed light on what is being taught in schools say television stations won’t even broadcast what’s in their school curriculums because it’s too obscene.

It is against the Federal Communications Commission (FCC) guidelines to describe sexual conduct or feature any “grossly offensive” language on a radio or television broadcast. Parental rights in education advocates told the Daily Caller News Foundation that television and radio stations do not allow them to talk about the obscene curriculums and books allowed in schools.

“When my kids were younger or just in my earlier life, I can’t think of a time that I would be talking about a children’s book, and I couldn’t discuss it on the radio,” Erika Sanzi, director of outreach at Parents Defending Education, told the DCNF. “This is a new phenomenon where you cannot discuss what is in a book used for children.”

Sanzi told the DCNF that a producer at a television station told her she could not discuss the different types of sex that 10-year-olds learn in the “Human Growth and Development” curriculum of a Wisconsin school district due to FCC regulations.

Scarlett Johnson, head of Ozaukee, Wisconsin’s Moms For Liberty chapter, was told by a cameraman for WISN 12 News that the station could not air footage of her signs featuring images and language used in a Wauwatosa School District’s sexual education curriculum because it was too obscene, she told the DCNF. 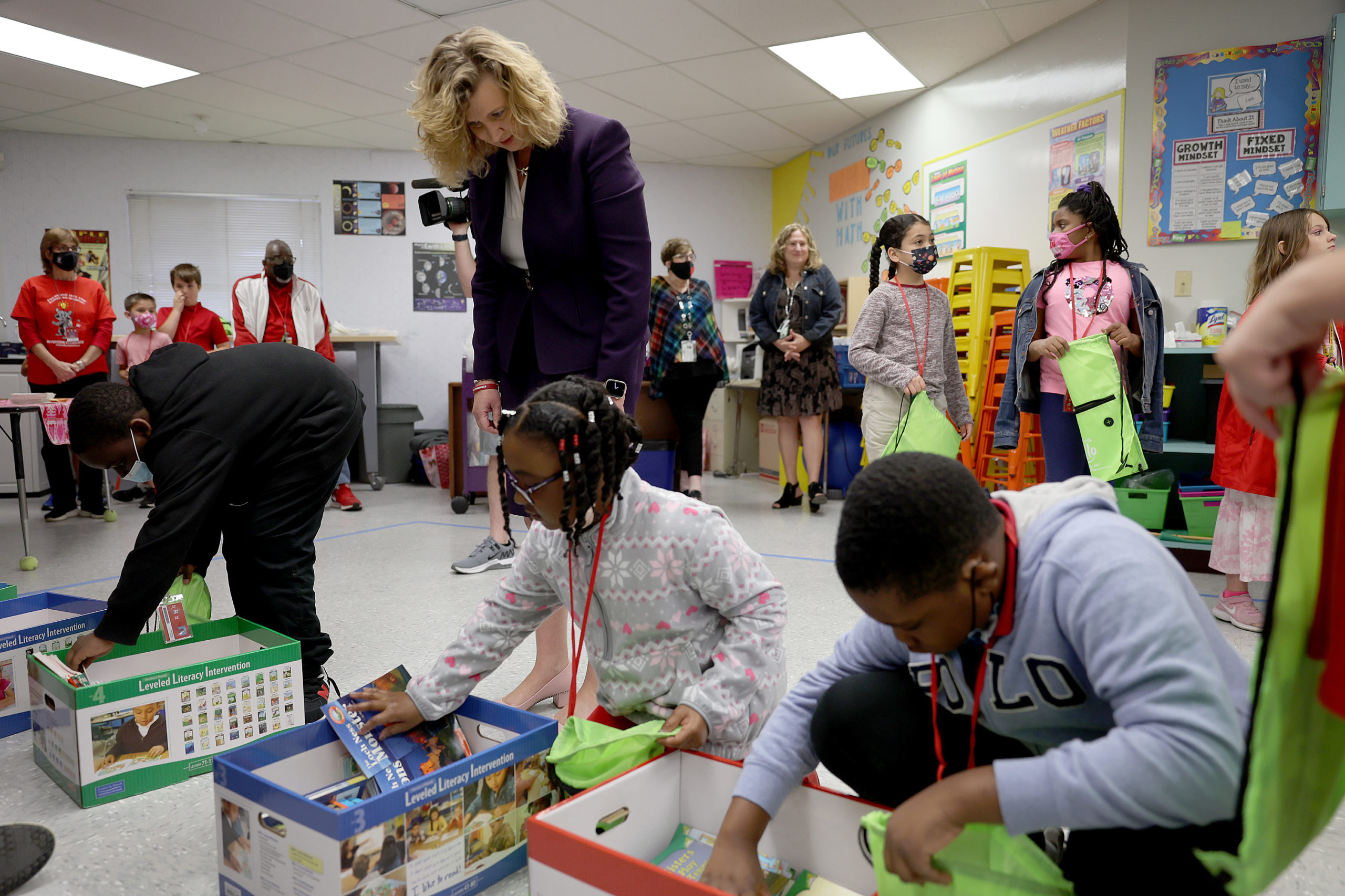 Dr. Vickie L. Cartwright, Superintendent of Broward County Public Schools, helps children find books to be given out for summer reading at Riverside Elementary school as the school district observes A Day of Service and Love in commemoration of the 17 people killed at Marjory Stoneman Douglas High School on February 14, 2022 in Coral Springs, Florida. Four years ago on February 14, fourteen students and three staff members were killed during a mass shooting at the school located in Parkland, Florida. (Photo by Joe Raedle/Getty Images)

Johnson said to that because she cannot talk about the graphic images and material in schools, she is forced to talk about different aspects of sexual education curriculums that do not give the entire picture.

“Because of that, we never talked about the real issues. I’m just getting upset about it and upset that it’s always ‘oh, you just don’t want to read some some kindergarten book about gay parents or princess boys,” Johnson told the DCNF. “It’s so much more than that.”

Under FCC guidelines, obscene content is always prohibited, while indecent and profane content is not allowed to be aired between the hours of 6 a.m. and 10 p.m. when “there is a reasonable risk that children may be in the audience.” Sanzi said she understands parents who raise concerns that the content not appropriate for public broadcast is in school curriculums.