The Supreme Court will hear oral arguments on Monday in two lawsuits which will decide whether two prominent universities’ use of race-based admission policies is constitutional.

In the two cases, Students for Fair Admissions v. University of North Carolina (UNC) and Students for Fair Admissions v. President and Fellows of Harvard, the court will consider arguments that the universities’ race-conscious admissions policies lead them to unlawfully discriminate against certain groups such as Asian-Americans. Students for Fair Admissions, a non-profit that fights race-based policies, is asking the court to overrule Grutter v. Bollinger, a landmark case which found affirmative action admissions policies that favor certain races do not violate the 14th Amendment’s Equal Protection Clause; if the group is successful, the court would then prohibit the universities from considering race during the college admissions process for the purpose of diversifying its institutions. (RELATED: Harvard University Denied Tax Cut After Lobbying To Senate Democrats)

Students for Fair Admissions argues that Harvard University uses race-conscious admission policies to put a specific limit on the number of minorities it accepts into the university and has failed to increase its diversity. UNC, Students for Fair Admissions argues, allegedly gives preference to certain minorities over Asian-American and white students as a result of their policies which consider socioeconomic factors in admissions, violating the groups’ rights. 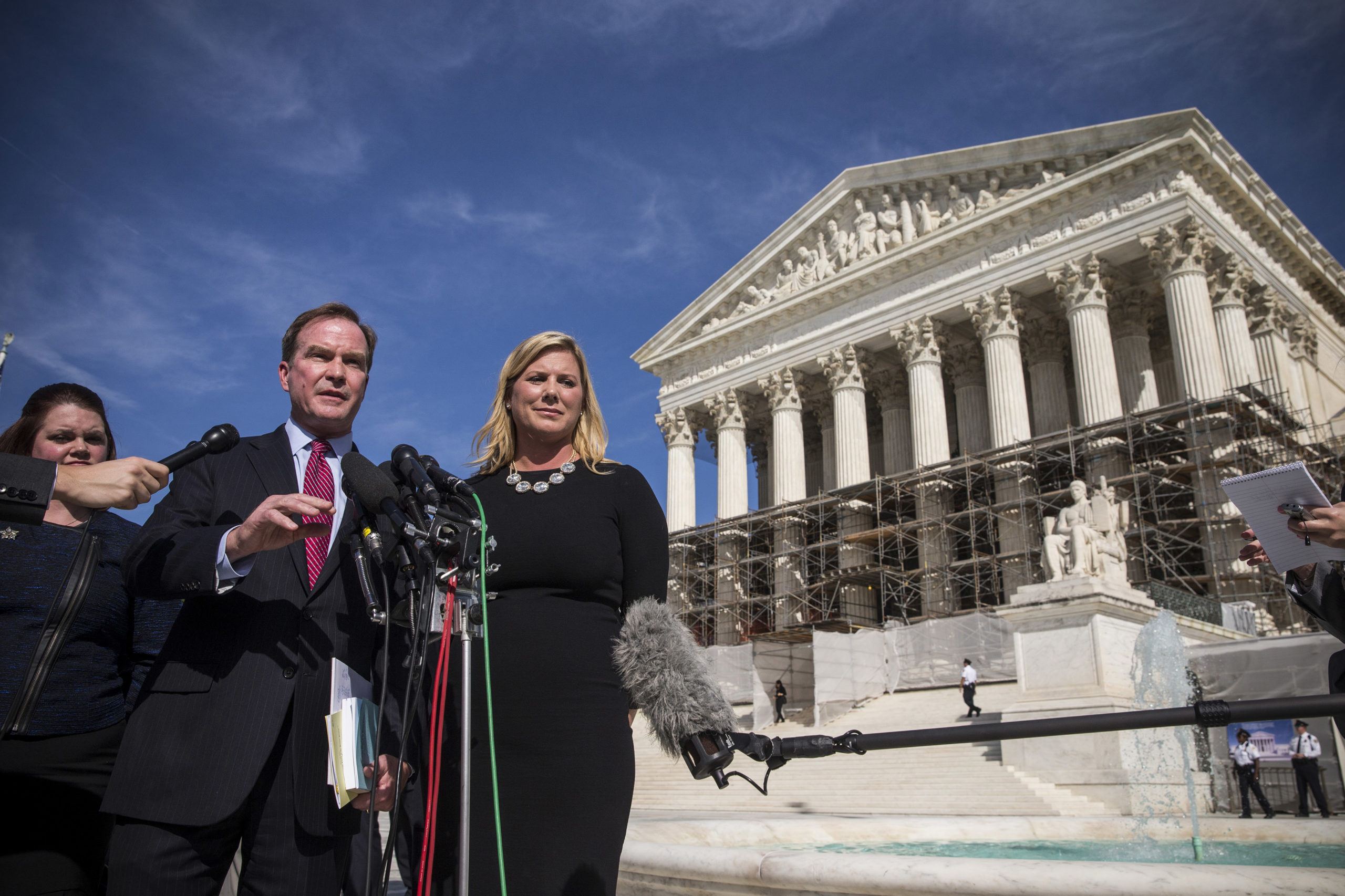 Jennifer Gratz (R), CEO of XIV Foundation and Michigan Attorney General Bill Schuette speak during a press conference outside the Supreme Court after going before the Supreme Court in “Schuette v. Coalition to Defend Affirmative Action” on October 15, 2013 in Washington, DC. (Photo by Andrew Burton/Getty Images)

In August, U.S. House Education and Labor Committee Chairman Bobby Scott of Virginia and 64 Democrat Members of Congress filed an amicus brief asking the Supreme Court to rule in favor of the universities, arguing affirmative action “dismantles segregation and enhances educational opportunities for all Americans.” Apple Inc., Alphabet Inc.’s Google and nearly 70 companies also filed an amicus brief in August asking the Supreme Court to uphold affirmative action because it helps their companies hire from the universities to create “racially and ethnically diverse environments.”

On behalf of 121 Asian American groups, the Asian American Legal Defense and Education Fund (AALDEF) submitted an amicus brief to the Supreme Court in August arguing the race conscious policies benefit Asian-Americans because it allows them to “present their whole selves” when applying to schools.

“The meritless arguments by SFFA harmfully reinforce the ‘model minority myth’ of Asian Americans as more successful than other communities of color. This only serves to pit our communities against each other to the express benefit of white students,” Executive Director of AALDEF Margaret Fung said in a press release. “The truth is Asian Americans continue to be underrepresented in higher education and in American society at large. Asian Americans benefit from affirmative action, and all students benefit from the diverse student body that affirmative action cultivates.”

The AALDEF referred the Daily Caller News Foundation to their press release.

AACE, Harvard University, University of North Carolina and Students for Fair Admissions did not immediately respond to the DCNF’s request for comment.