President Joe Biden declared Monday that he would work with Congress to tax the windfall profits of major oil companies unless they lower gasoline prices which have been driven higher by the war in Ukraine.

Biden said that he would work to tax energy companies’ “excess” profits and impose other punitive measures unless they cut prices to help American consumers during remarks he gave at the White House. Biden accused oil companies of using Russia’s invasion of Ukraine to hike the price of gas without restraint and claimed that they were using “record profits” to reward executives instead of helping consumers. (RELATED: ‘A Win For Taxpayers’: Biden To Pay Nearly Three Times More Than Trump Would Have To Refill Strategic Oil Reserves)

“If they don’t [lower prices] they’re gonna pay a higher tax on their excess profits and face other restrictions,” Biden said. “It’s time for these companies to stop war profiteering and meet their responsibilities to this country.”

Biden also touted his tapping of the U.S. Strategic Petroleum Reserve (SPR) and further stated that his actions helped bring the price of gas down by over $1.20 since its peak price in June. The SPR is at its lowest level since May 1984, according to the Energy Information Administration (EIA).

The White is desperate to lower gas prices and blame oil companies for price hikes as it fears that prices at the pump could jeopardize the Democratic Party during the November midterm elections. The nation’s average gas price is still about $1.38 higher than they were when Biden took office, according to the EIA. 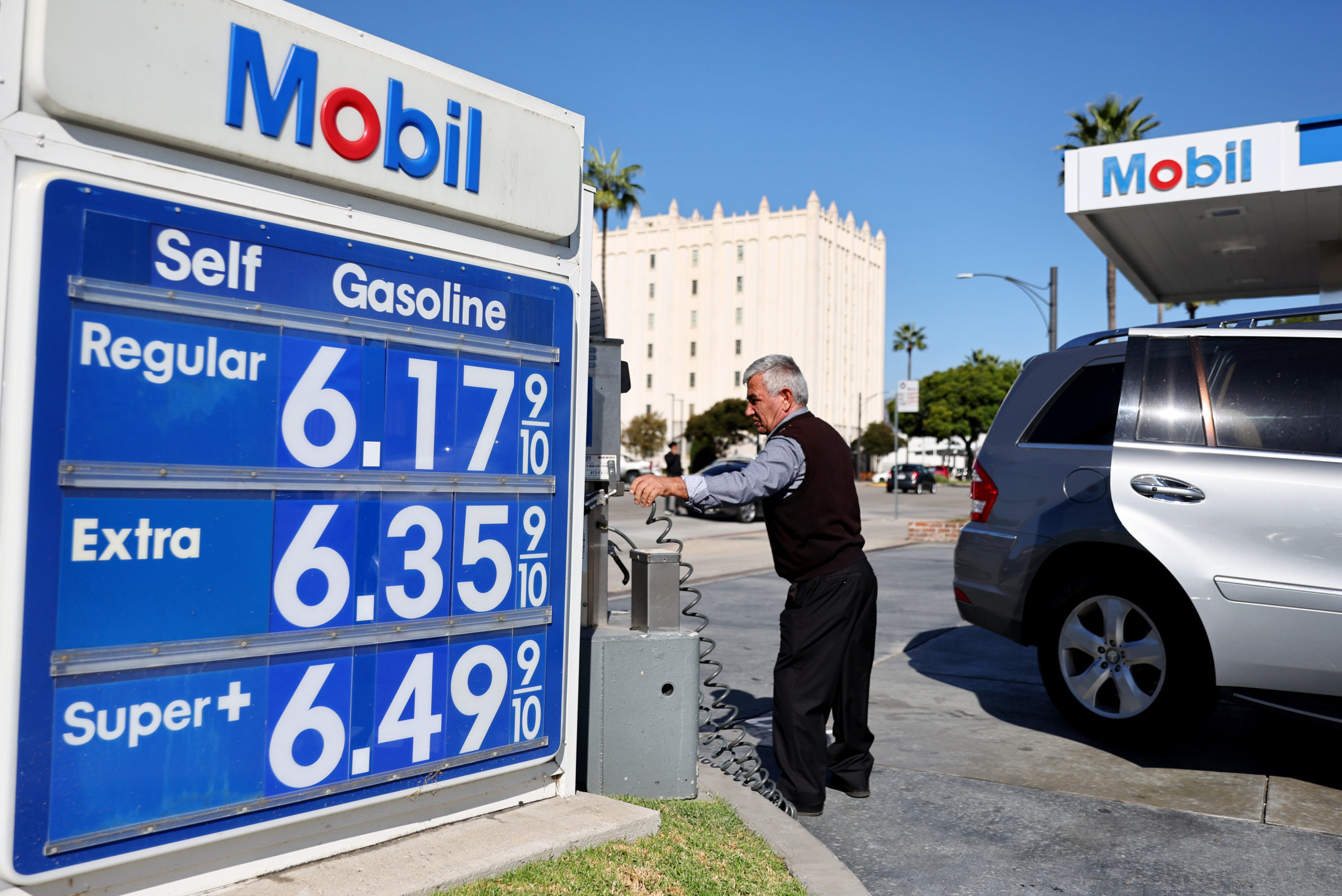 LOS ANGELES, CALIFORNIA – OCTOBER 28: The Mobil logo and gas prices are displayed at a Mobil gas station on October 28, 2022 in Los Angeles, California. Exxon Mobil Corp. posted a quarterly profit of nearly $20 billion, the highest quarterly profit in company history amid a surge in oil prices during the quarter. (Photo by Mario Tama/Getty Images)

Oil giants Exxon Mobil and Chevron posted another round of massive quarterly profits on Oct. 28 due to surging natural gas and oil prices, according to The New York Times. Biden has continuously called on oil companies to lower prices and increase production; however, energy producers and industry groups have argued that the administration’s policies and rhetoric are weakening the industry’s ability to meet demand.