An Ohio high school teacher has been suspended after being caught in a prostitution sting, according to a statement from the county sheriff’s office.

Wayne D. Horsley, a teacher at Athens High School in The Plains, Ohio, was arrested in a joint human trafficking sting on Monday, according to a statement from the Hocking County Sheriff’s office. Horsley was charged with engaging in prostitution and has been put on a paid suspension while the school opens an investigation, Athens City School Superintendent Tom Gibbs told the Daily Caller News Foundation. (RELATED: Elementary School Photographer Accused Of Sexually Mistreating Children) 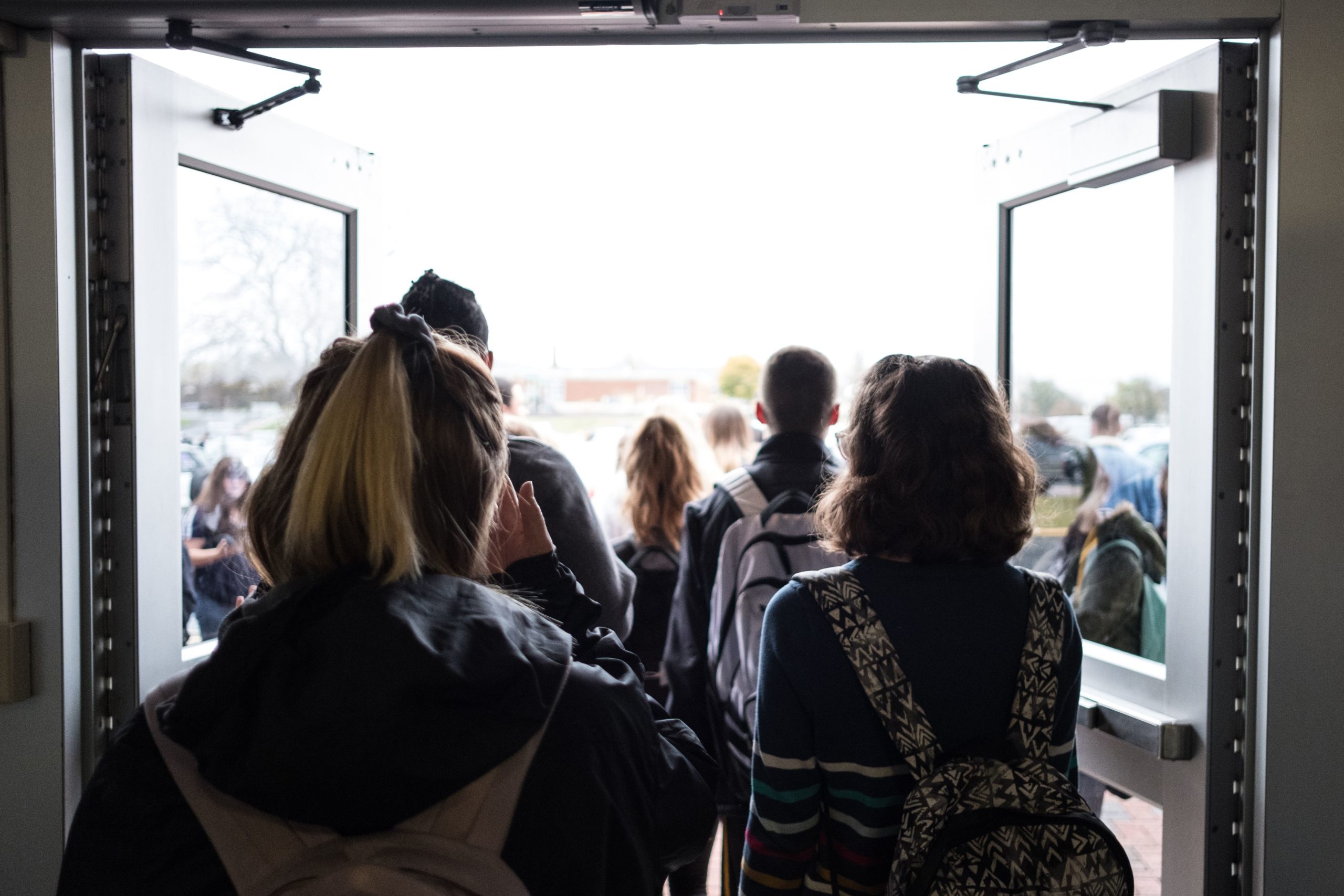 Students exit the building at the end of the school day at Sidney High School in Sidney, Ohio, October 31, 2019. – At the entrance to Sidney High School in small-town Ohio, there is a poster which reads: “Inside this building, our children are protected by an armed and trained response team.” In rural Shelby County, law enforcement has trained teachers to fight back, should an attacker threaten students. They are among the first in the United States to embrace the controversial strategy. (Photo by MEGAN JELINGER/AFP via Getty Images)

The investigation was a collaboration of the Southeastern Ohio Human Trafficking Task Force and the Federal Bureau of Investigation (FBI), that arrested five men, the county sheriff’s office stated.

“I want to thank the Southeastern Ohio Human Trafficking Task Force, the FBI, and the Massachusetts State Police for helping to conduct this operation,” Hocking County Sheriff Lanny E. North said in a statement. “Due to the response we received from individuals across the county, we anticipate on conducting additional human trafficking operations in the future.”

Athens City School and the Hocking County Sheriff’s Office did not immediately respond to the DCNF’s request for comment.