During the president’s first post-election press conference, Biden said he was “given a list of 10 people” he was “supposed to call on.”

“And you’re all supposed to ask me one question, but I’m sure you’ll ask me more,” Biden continued. 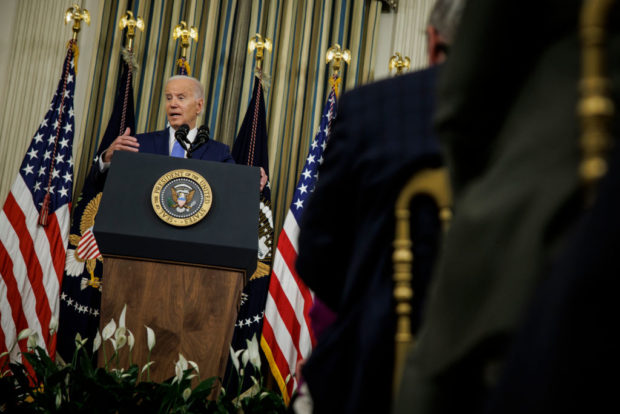 In response, Ateba slammed Biden for the lack of transparency.

“Many things at the White House are rigged, especially press briefings or press conferences,” Ateba wrote. “Questions are often sent in advance by the same set of reporters who get called on all the time. The President or the Press Secretary then reads prepared answers from a binder or a notebook with talking points.”

Ateba says while it may “appear normal” on the outside, “it’s a show, a sham.” (RELATED: ‘We’re Going To Have Discussions About It’ 2024 Run, Biden Says While Addressing Midterm Results)

Ateba further wrote that the White House is more concerned with appearing transparent and promoting free press rather than actually being free and open. He also noticed the lack of diversity in the briefing room.

“When I first arrived in the United States, having watched CNN for year, I came to believe that the racists and the bad guys in the United States were the Republicans, the old white guys with no college degrees who live in the Midwest. But in the Biden White House, as I have struggled to get access, to ask questions, to be treated with the same dignity as others, I came to realize that the Republicans were not the racists and the horrible, awful people I was told they were.”