Climate TRACE aims to track emissions from energy producers and other large sources of CO2 to fill “critical knowledge gaps” for governments and international bodies that rely on a “patchwork system” to monitor carbon emissions, according to its website. The nonprofit coalition uses satellite imaging, remote sensors and artificial intelligence to track greenhouse gas emissions from electricity generation, manufacturing and road traffic. (RELATED: ‘Shady Deals’: UN Enlisted Google To Push Down Opposing Viewpoints On Climate Science)

“This is a way for climate activists, the United Nations and government bureaucrats to dig their claws into every aspect of industrial society by monitoring and penalizing producers,” Marc Morano, publisher of Climate Depot and former senior staffer on the Senate Environment and Public Works Committee, told the Daily Caller News Foundation. “They’re demonizing emissions to create a ‘net-zero’ world where human prosperity and economic growth are evil.”

At the United Nations COP27 climate conference in Egypt on Wednesday, Gore, who is a founding member of the coalition, unveiled Climate TRACE’s software, which can provide detailed emissions data for 72,612 individual global sources. Gore said that the database can be used to accurately report what entities are responsible for carbon emissions and that the data could be used to help climate negotiations, according to Protocol, a technology publication.

“It’s not far-fetched to think they’re going to look at any human activity or industry as a source of carbon pollution … it’s a very comprehensive and frightening advance for the green agenda,” Morano said.

Climate TRACE was founded when two of its founding coalition members, WattTime and TransitionZero, received a Google.org grant to monitor emissions from power plants from space using satellites in 2019. The coalition has received at least $8 million in funding from Google.org, and a team of Google.org fellows helped develop its database. 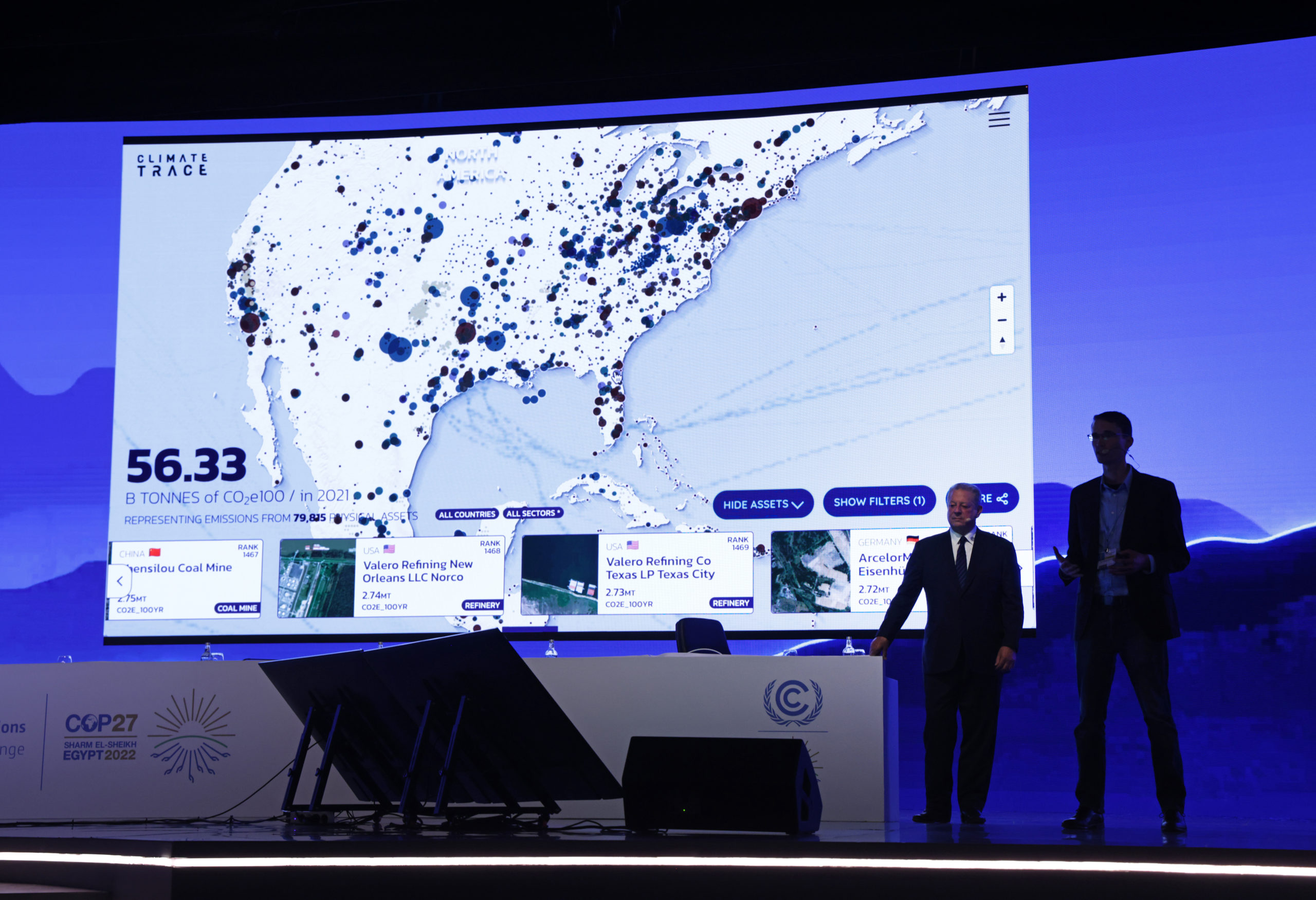 Governments and businesses calculate emissions by measuring the amount of energy production and economic activity and then estimating the emissions produced, according to the UN Environment Programme. However, Climate TRACE claims that such methods significantly underestimate the levels of greenhouse gases, and the nonprofit coalition aims to accurately tally emissions in order to help governments, private corporate and international organizations reduce pollution.

UN Secretary-General António Guterres praised the technology during Gore’s presentation and said that it would provide “radical transparency” for entities that track emissions. Guterres also stated that Climate TRACE should act as a “wake-up call” for governments and financial institutions that invest in oil, gas and other fossil fuels.

“Our work is not focused on emissions resulting from the typical daily activities of individuals,” a Climate TRACE spokesperson told the Daily Caller News Foundation. “We do not measure emissions from individual cars or homes, and we will never uncover or share an individual’s personal data … we look at things like road transportation at the city level, aviation at airports, or energy at the level of individual power plants, oil fields and coal mines.”