World leaders and officials attending the United Nations COP27 climate conference can spend up to $100 per entree to eat red meat, seafood and other gourmet menu items. However, the UN has previously discouraged red meat consumption due to the carbon emissions that beef farming creates.

Delegates who arrive at Egypt’s beachside resort city of Sharm El-Sheikh to discuss ways to mitigate the “climate crisis” are able to enjoy COPGourmet’s $100 Angus beef medallion which is served with mushroom sauce and sauteed potatoes, according to screenshots obtained by the Daily Caller News Foundation. However, the UN aims to “minimize emissions per calorie” and to reduce meat consumption in order to prevent the planet from overheating, according to a COP27 food security document. (RELATED: Two Of The World’s Top CO2 Emitters Are Snubbing The UN’s Climate Summit)

“The menu on offer is yet another example of the staggering disconnect between so-called leaders and the people they represent,” Nathan McGovern, a spokesperson for the animal and climate activist group Animal Rebellion, told the Daily Caller News Foundation. “It is hypocritical for delegates at COP27 to be dining on the destruction of our natural world, whilst simultaneously claiming to be trying to protect it.”

Although many Egyptian dishes, including its national dish Koshary, are vegan, not one main dish on the VIP menu is vegan, and the $20 pesto and cheese ravioli represent the sole vegetarian entree on offer. A plant-based diet is healthy and can help reduce individuals’ environmental impact as meat farming produces significant amounts of carbon emissions, according to the UN.

“It was amusing to hear about how Angus beef and sea bass was being served to certain officials, while at the same time, side events at COP27 were championing the idea of going vegan and eliminating red meat,” Committee for a Constructive Tomorrow President Craig Rucker told the DCNF. 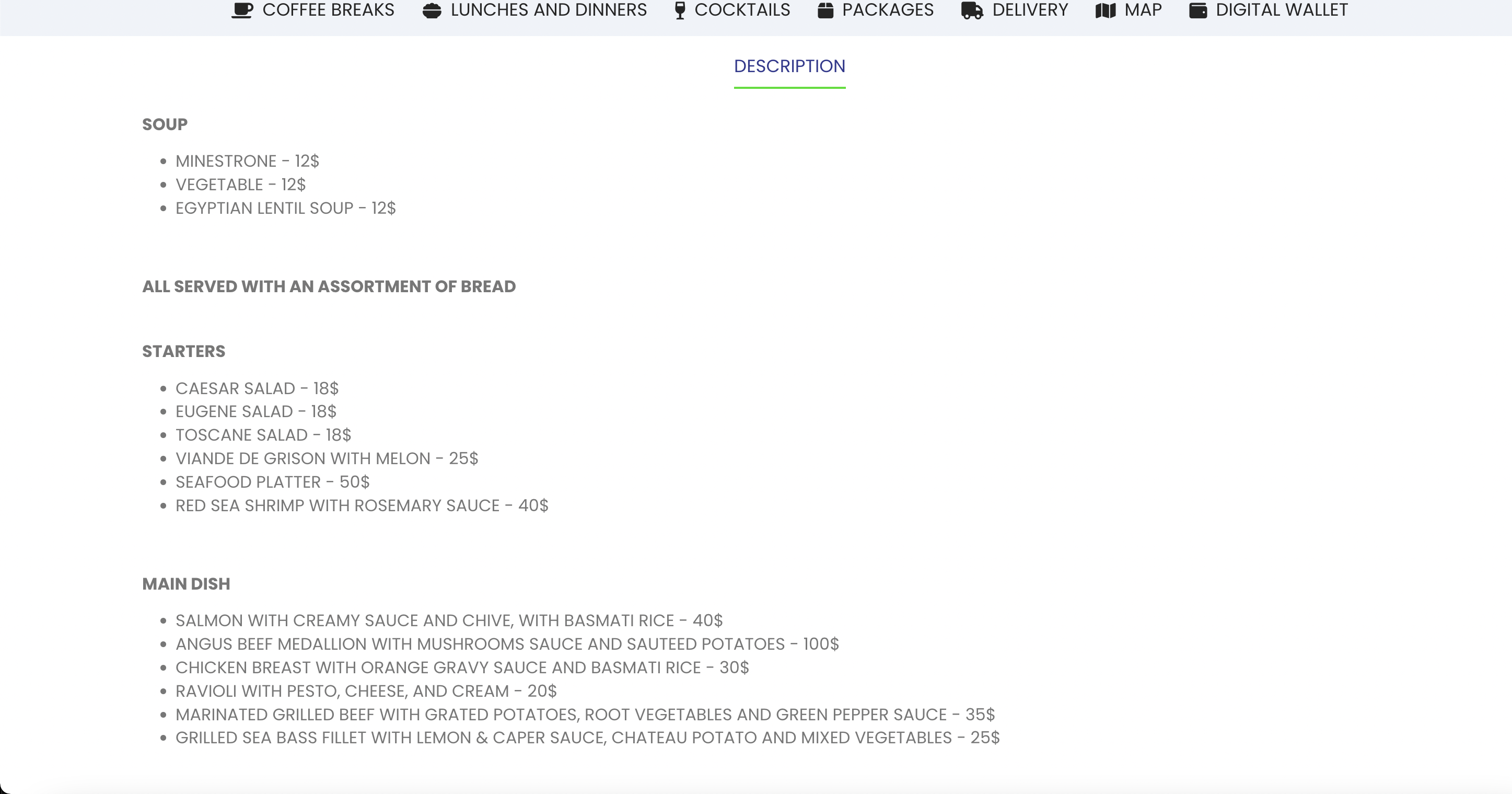 The VIP menu is only available for COP27 attendees who have security clearance to enter the private, “Blue Zone” of the conference. Such attendees can also purchase the $125 “classic cocktail” package to receive unlimited cocktails, foie gras and other savory as well as sweet snacks for up to 90 minutes.

The UN organizers vowed to make the conference a sustainable and carbon-neutral event to demonstrate their “ambitious aspiration” towards climate action, according to the COP27 official website.

“The conference also had chilly air conditioning, often left its doors wide open to the desert air and featured some 400 private jets flying into a posh Red Sea resort area in a country that gets 90% of its energy from fossil fuels,” Rucker said.

COPGourmet and the United Nations Framework Convention on Climate Change did not respond to the Daily Caller News Foundation’s request for comment.